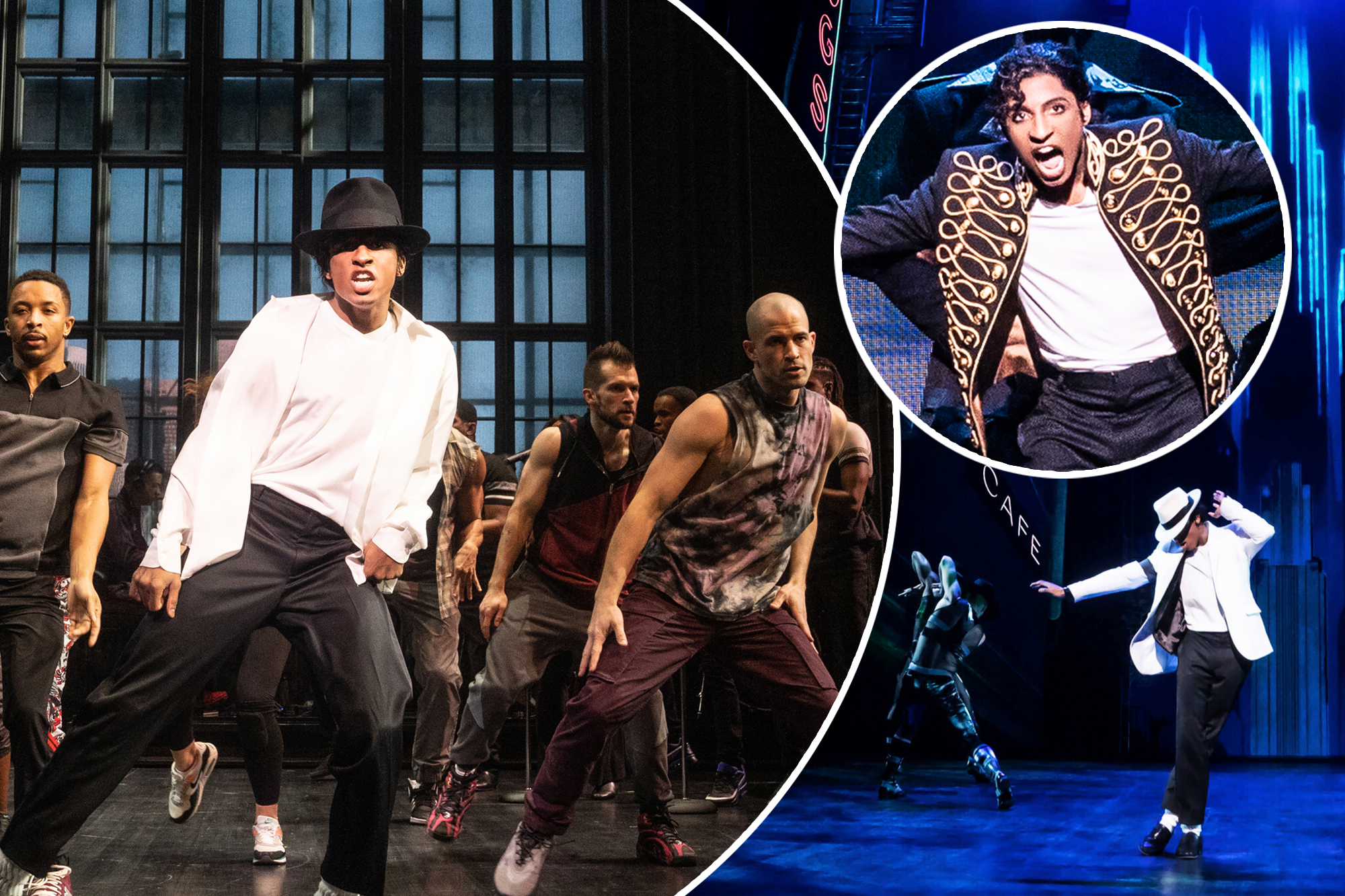 It’s not a smooth musical.

The troubles over at “MJ: The Musical,” the new show about Michael Jackson that opened Tuesday night on Broadway, are much bigger than the controversy surrounding its subject — although the two are closely connected.

While the lifeless script is written by Pulitzer Prize winner Lynn Nottage of “Ruined,” the pat dialogue feels as if it was co-authored by a lawyer for the Jackson estate — one of the producers — with Wite-Out and a Sharpie.

When Michael (Myles Frost, terrific) isn’t speaking in hokey motivational phrases — “An elephant is always ready to go because he sleeps standing up” — he’s giving vague p.r. statements of innocence about unspecified infractions.

“No matter what I do, it always gets twisted,” he says to an MTV documentarian (Whitney Bashor) during the 1992 rehearsals for his “Dangerous” tour, where “MJ” is set. What he’s referring to is the “Wacko Jacko” nickname newspapers gave the singer — who died in 2009 — because of his frequently strange behavior.

No allegations of sexually abusing children were brought against Jackson until Jordy Chandler did so in 1993 (the case was settled for $23 million). So those regular slumber parties with 8-year-olds at the home of the world’s most famous man that the press so “twisted” do not come up in the musical. Fine.

Still, the singer keeps decrying “the constant noise, the media, the lies.”

Michael complains to MTV about journalists and to his business manager about tour costs. He lists off his charity work (again, lawyers), giggles a lot, takes painkillers and tells his dancers to do better. Then the cast performs another number in workout clothes.

We learn next to nothing about a deeply fascinating figure other than a surface-level examination of his difficult childhood during the Jackson Five days with monster dad Joe Jackson (Quentin Earl Darrington, who also plays tour manager Rob) and how that informed his tireless worth ethic.

In skipping over the most dramatic parts of his life, Nottage seeks to disconnect the artist from the art. That’s been successfully done before with Jackson: in Cirque du Soleil’s music-centric show “Michael Jackson: One” in Las Vegas and “Thriller” in London.

Focusing on his excellent songs is the right tack. Who doesn’t love Jackson’s catalog? I certainly do. “Thriller” and “Billie Jean” are in the show, along with some 30 others, such as “Beat It,” “Smooth Criminal” and “Don’t Stop ’til You Get Enough.” So, make them explode off the stage.

But “MJ,” directed and choreographed by Christopher Wheeldon, does not match or really approach the electricity of the King of Pop, who was an unparalleled live performer. The rehearsal-room setting and narrative randomness, particularly in the winding second act, tamps down the concert energy.

That’s not the fault of Frost, the absurdly talented newcomer who captures Jackson’s voice and physicality well. On the contrary, we feel lucky to be witnessing the birth of a new Broadway star. The same is true of the wonderful Tavon Olds-Sample as “Thriller”-era Michael who, beaming, transports us back to the 1980s, even when the production around the actor does not. As mom Katherine Jackson, Ayana George has the show’s best musical moment when she duets on “I’ll Be There” with her son.

All, however, are hobbled by an indecisive script — the documentary plot and backstory are clumsily combined, and the cartoonish characters are straight outta “Scooby-Doo” — and low-energy, unattractive staging.

Michael and his dancers rehearse for the King of Pop’s 1992 “Dangerous” tour.Matthew Murphy

Derek McLane’s sets are mostly gray, just like those of Wheeldon’s “An American in Paris,” possibly to allow the dancing to pop against them. Doesn’t work. Michael wears black and white a lot more often than red, and the colorlessness of the stage flatters nobody.

The one flicker of Jackson’s (and Wheeldon’s) genius comes before Michael performs “Smooth Criminal,” when stand-ins for Bob Fosse, Fred Astaire and the Nicholas Brothers take the stage, and we see how those icons impact Michael’s movement.

The sequence is novel, invigorating and smart — exactly what the rest of “MJ” isn’t.

Rebel Wilson heads back to 2002 in Netflix’s ‘Senior Year’
Dramatic ‘The Offer’ teaser goes behind scenes of ‘The Godfather’
We use cookies on our website to give you the most relevant experience by remembering your preferences and repeat visits. By clicking “Accept All”, you consent to the use of ALL the cookies. However, you may visit "Cookie Settings" to provide a controlled consent.
Cookie SettingsAccept All
Manage consent