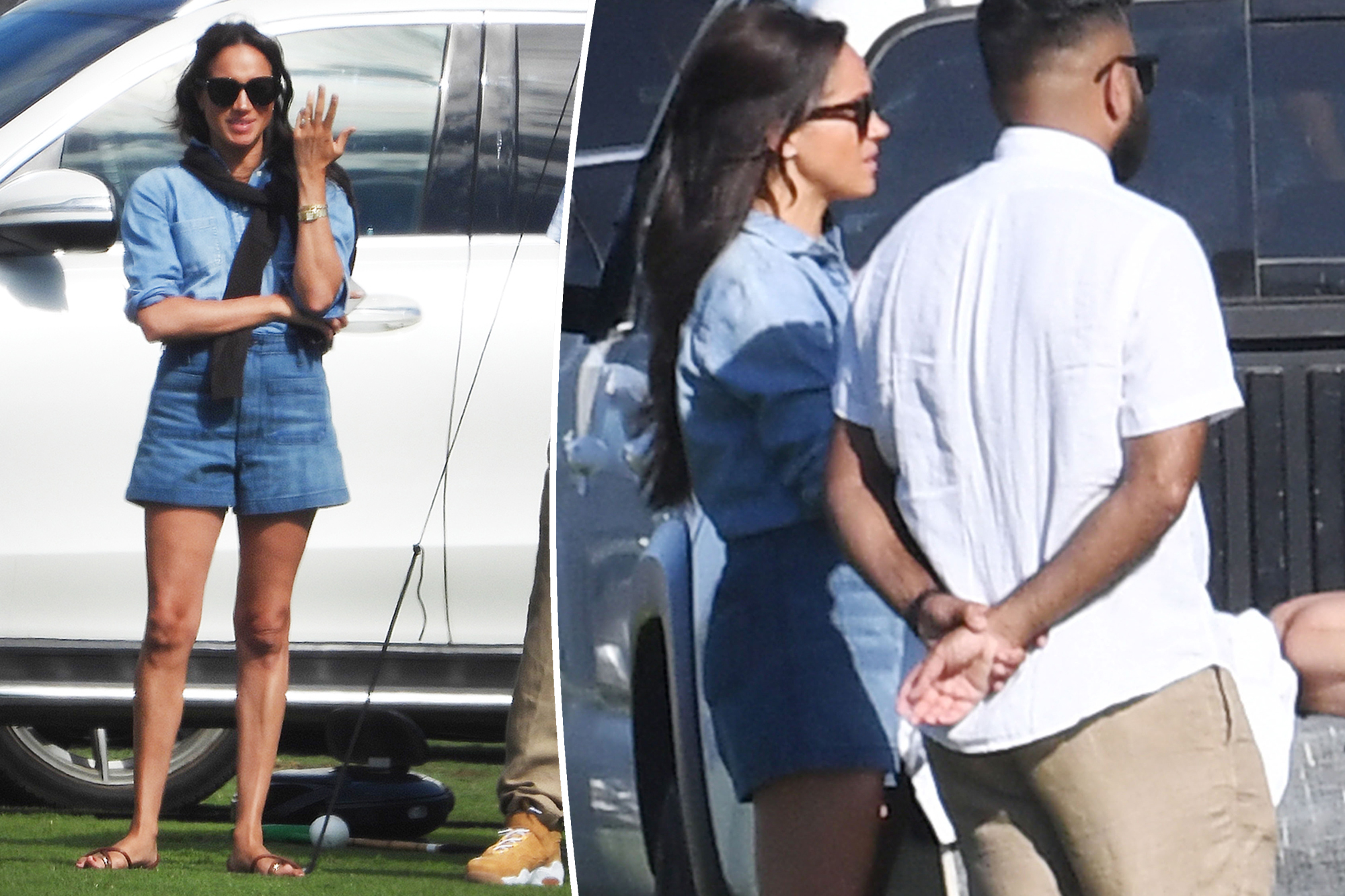 The Canadian tuxedo has made its way to Santa Barbara.

Meghan Markle sported a denim-on-denim look as she cheered Prince Harry’s Los Padres polo team over the weekend, but it was her gold toe-ring sandals that stole the show.

The flat “Laurie” style by Emme Parsons ($347) features a gold accented toe loop and leather straps that intersect across the foot. The pair comes in both black ($360) and brown leather versions, with the duchess appearing to wear the brown style.

The stylish sandals gave some extra pizazz to her casual jean shorts (a sold-out style by Dôen) and tucked-in, lighter denim button-down worn with a black sweater tied around her shoulders.

While her casual-cool outfit garnered buzz this week, the 40-year-old duchess actually wore the exact same look in mid-May to watch Harry play polo, but switched out the sandals for a slingback style.

After returning from the UK for the Queen’s Platinum Jubilee, the Sussexes have settled into a familiar routine of weekend polo outings; Markle has been a frequent fixture on the sidelines these days as her husband’s team plays the charity circuit.

Markle hung out on the sidelines as the Los Padres team played for a good cause.Garrett Alan Cheen / MEGA

Wearing everything from laid-back denim to “Pretty Woman”-esque polka dots and an oversized hat, the royal is a strong supporter of Prince Harry’s favorite sport.

“My polo team has a platform where we use the sport and the platform to raise awareness for charities,” Prince Harry’s good friend and polo star Nacho Figueras told California radio station KCLU in April.

“Harry’s going to be a part of this team. Him and I wanted this team to be very local and to pay tribute to Southern California because of him moving here and paying tribute to his new home.”

Meghan’s sandals are selling out quickly, but if you can’t get your hands on a pair, check out three similar jazzy-toed alternatives for all of your summer outings.

Mariah Carey spotted with boyfriend Bryan Tanaka in sequined dress
Gisele Bundchen spoke frankly about her path to a happy life
We use cookies on our website to give you the most relevant experience by remembering your preferences and repeat visits. By clicking “Accept All”, you consent to the use of ALL the cookies. However, you may visit "Cookie Settings" to provide a controlled consent.
Cookie SettingsAccept All
Manage consent