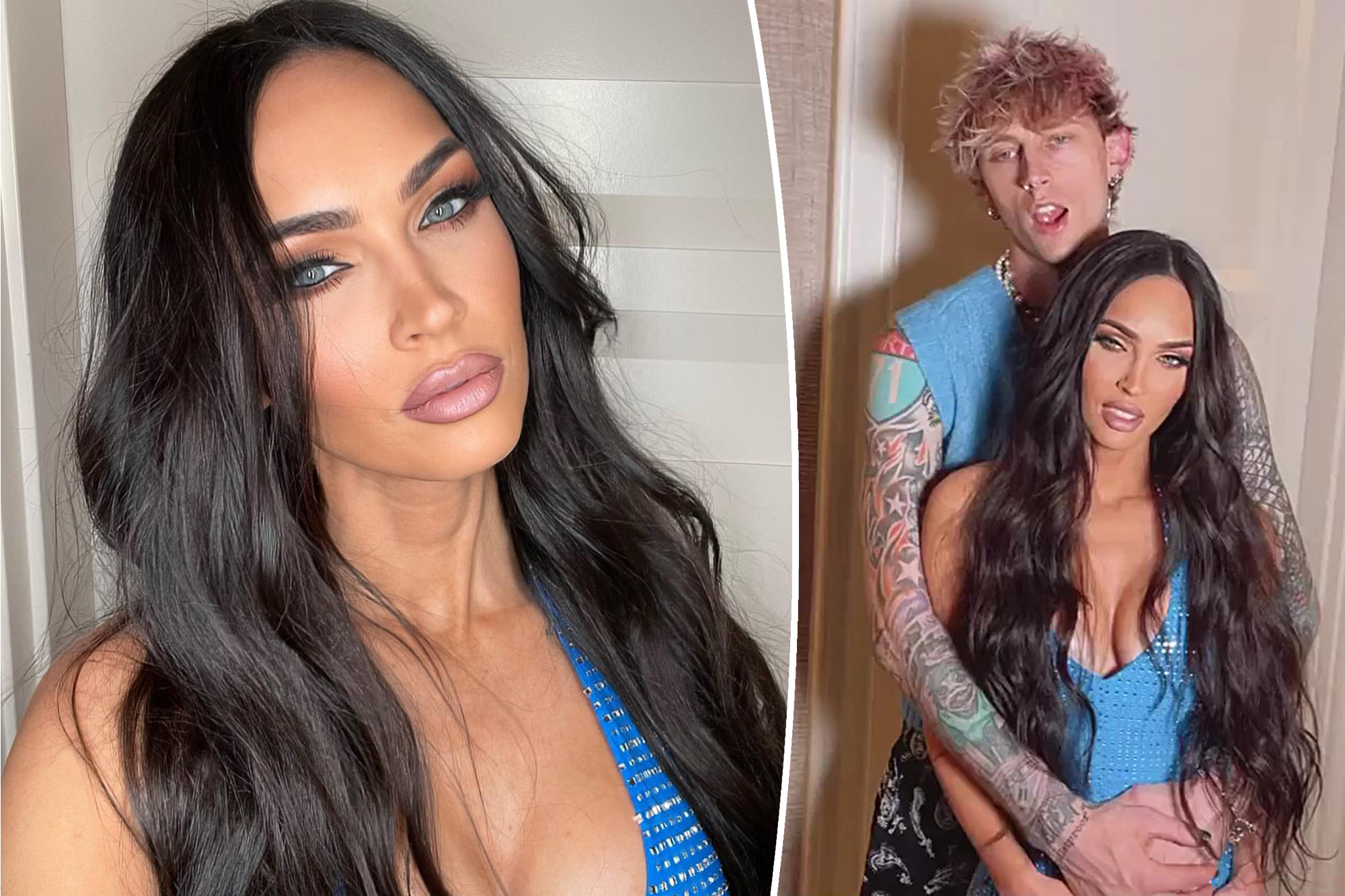 Megan Fox and Machine Gun Kelly’s sex drive might just be the strongest force in the universe.

The couple won’t let anything get in their way of hooking up — not even designer duds, as the actress revealed.

Sharing a slideshow of images from the 2022 Billboard Music Awards on Sunday night, Fox, 36, included a screenshot of a text conversation with her stylist, Maeve Reilly.

“Was this blue outfit expensive because we just cut a hole in the crotch so we could have sex,” she told Reilly, referencing the plunging embellished catsuit she modeled earlier that day.

Her stylist responded, “I hate you,” along with three laughing emojis.

Hundreds of fans jumped into the comments section, surprised that Fox shared the TMI tale.

Fox reveals she’ll do whatever it takes to have sex with Machine Gun Kelly. meganfox/Instagram

“Everything I know about this relationship has been completely against my will,” one follower joked.

Fortunately, Fox didn’t need to wear the damaged onesie for the BBMAs red carpet; at the awards show, she and MGK (real name Colson Baker) coordinated in all-black outfits adorned with spikes and sparkles instead.

During his performance of “Twin Flame,” the rocker sparked speculation the engaged pair had already tied the knot.

The couple matched in blue ensembles during BBMAs weekend.meganfox/Instagram

“I wrote this song for my wife,” he said.

Baker made another emotional dedication towards the end of his performance, telling audience members, “And this is for our unborn child.”

He then crooned, “Go to sleep / I’ll see you in my dreams / This changes everything / Now I have to set you free,” to the tune of a heartbeat.

The duo brushed off questions about whether they were planning a quickie wedding in Las Vegas like their pals Kourtney Kardashian and Travis Barker, insisting they would simply be celebrating Fox’s 37th birthday at midnight on Monday.

Kim Kardashian continues to show off her perfect figure after extreme weight loss
Maye Musk to cover Sports Illustrated Swimsuit issue 2022 at 74
We use cookies on our website to give you the most relevant experience by remembering your preferences and repeat visits. By clicking “Accept All”, you consent to the use of ALL the cookies. However, you may visit "Cookie Settings" to provide a controlled consent.
Cookie SettingsAccept All
Manage consent