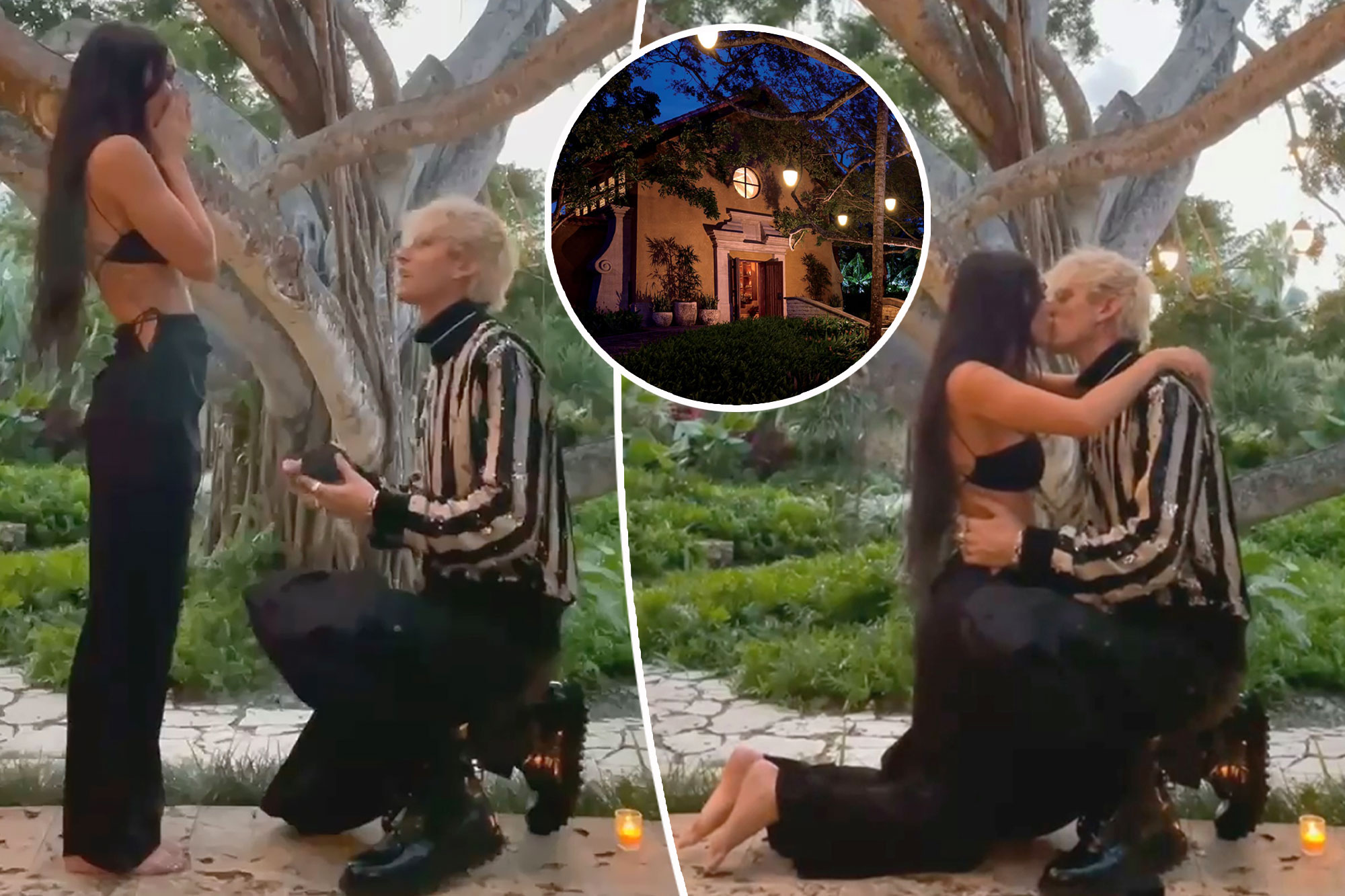 Megan Fox and MGK have just gotten engaged and the gorgeous actress made sure to post the clip on her social media account. You can check it out below and celebrate their happy news as well. ‘In July of 2020 we sat under this banyan tree We asked for magic We were oblivious to the pain we would face together in such a short, frenetic period of time. Unaware of the work and sacrifices the relationship would require from us but intoxicated off of the love. And the karma. Somehow a year and a half later, having walked through hell together, and having laughed more than I ever imagined possible, he asked me to marry him. And just as in every lifetime before this one, and as in every lifetime that will follow it, I said yes.…and then we drank each other’s blood 1.11.22’ she captioned her post.

Someone said: ‘Yall really Had to end the caption like that smh but congrats.’ A commenter posted this: ‘Did he dress like a referee because he wanted to make it official?’ and another follower said: ‘What is this caption? And why does this look so staged PLEASE.’

One other follower said: ‘He literally thinks it’s okay to date underaged girls …. Like he admitted it in an interview but okay.’ Someone else said: ‘Why would you tell your fans that you drank your beloveds blood? That is dangerous and freaky. Not cool imho but whatever you make money so I guess let’s teach people about blood sacrifice with your platform?? Okayyy?? Anyone else turned off totally to that weird af comment?’ Last year, we were revealing that in an interview, the actress opened up about her romance with Machine Gun Kelly   , gushing over him and their incredible connection in the most romantic way! Check out what  Megan Fox   had to say about her lover! As it turns out, the Jennifer’s Body star ‘knew instantly’ that MGK was ‘a soul [she’d] traveled with before’ and that he had a greater ‘purpose’ being in her life. ‘When I met him, I knew instantly this is a soul I have traveled with before, that this is a soulmate connection, and that there was a purpose here. There was also my logical brain just chiming and being like, ‘This will never work for 101 reasons,” she explained her thought process back then.

Rihanna gave birth to a son

Ed Sheeran became a father for the second time, he has a daughter