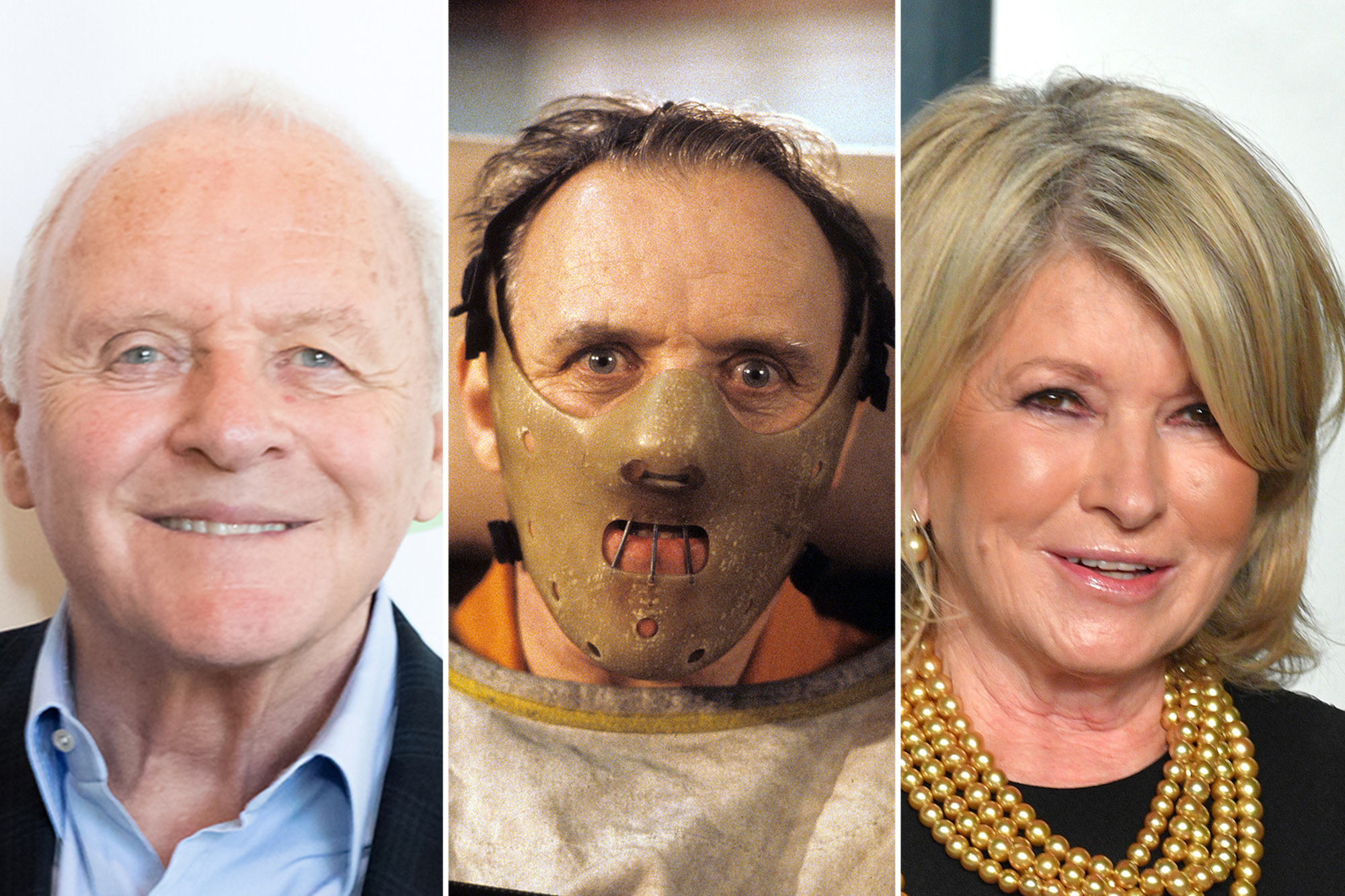 Martha Stewart has a delicious story to tell about Sir Anthony Hopkins, whom she said she has dated in the past.

Stewart, 80, revealed on the “Ellen DeGeneres Show” that she had to break up with the Oscar-winner, 84, after he starred in the 1991 thriller “The Silence of the Lambs.”

It turns out she simply couldn’t separate the Welsh actor from his character — creepy convicted cannibal Dr. Hannibal Lecter.

“I have a big, scary house in Maine that’s way by itself on 100 acres in the forest, and I couldn’t even imagine taking Anthony Hopkins there,” Stewart told DeGeneres with a chuckle.

“I couldn’t — all I could think of was him eating, you know…” added the lifestyle guru, an apparent reference to his character’s horrific culinary habits.

“And you stopped because of that?” DeGeneres, 63, asked, to which the Martha Stewart Living namesake simply replied, “Yeah,” to laughs and applause from the audience.

Martha Stewart and Anthony Hopkins dated in the past, she said.Getty Images; Everett Collection

While Stewart didn’t say exactly when she dated the “Thor” and “The Father” star, the “Martha & Snoop’s Potluck Dinner Party” host was previously married to Andrew Stewart from 1961 until 1990. Hopkins, meanwhile, tied the knot with his third wife, Stella Arroyave, in 2003.

Hopkins scored his first Oscar for Best Actor in a Leading Role in 1992 for his portrayal of the character in “The Silence of the Lambs.”

Anthony Hopkins in “The Silence of the Lambs” from 1991.©Orion Pictures Corp/Courtesy E

During the chat, Stewart also opened up that she doesn’t have any body ink — “I have no tattoos. I wouldn’t think of having a tattoo,” she said — a fact that seemed to shock DeGeneres.

“I wouldn’t either, but I just thought, you’re tough,” the “Ellen” star responded.

“It’s not about being tough — it’s about, you know, growing old with tattoos that get stretched out and ugly,” Stewart explained. “Let other people get tattoos.”

Stewart forced herself to break up with Hopkins because of his creepy role in “The Silence of the Lambs.”Getty Images