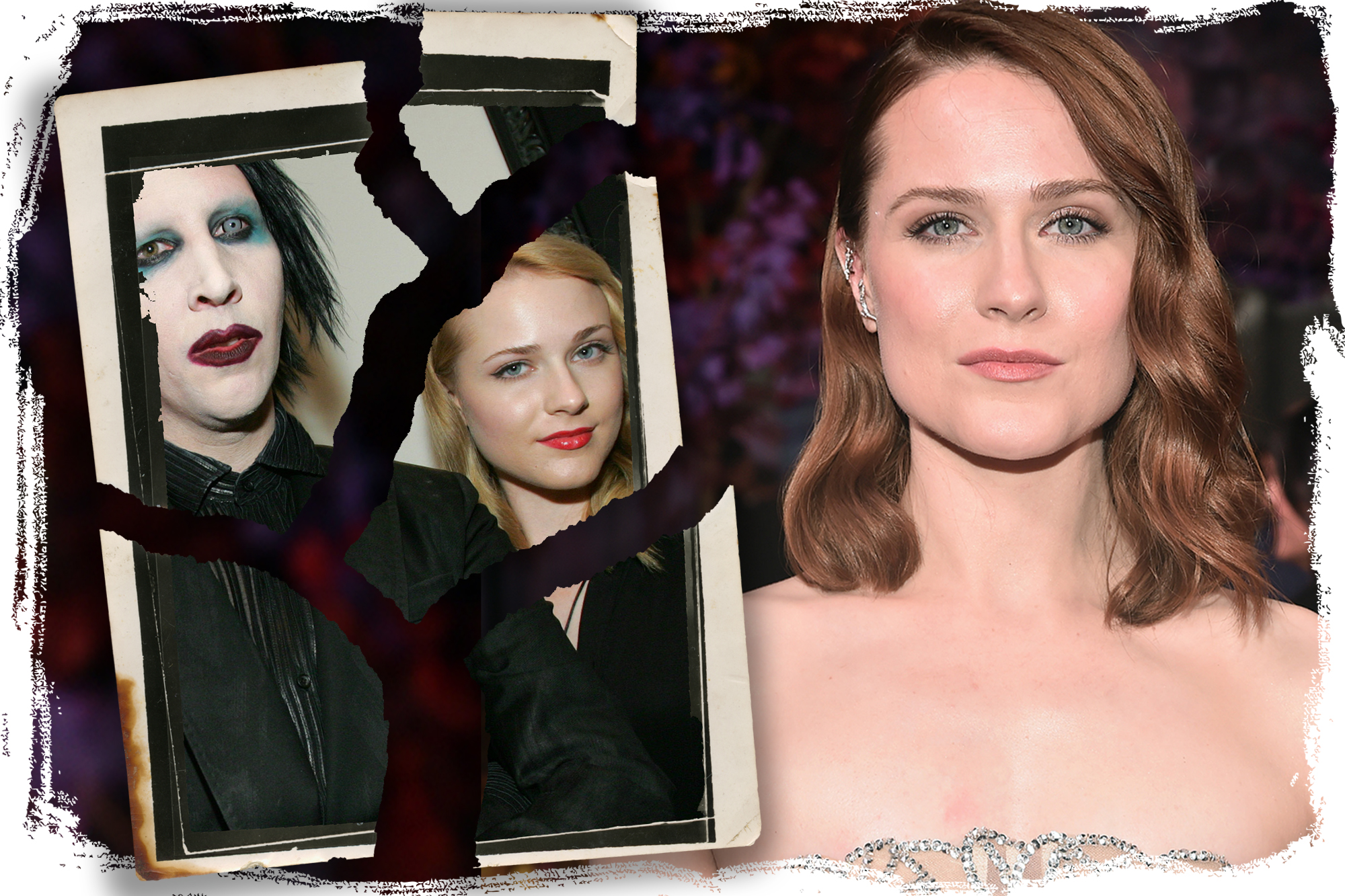 In February 2021, nearly 15 years after meeting him at a party in Los Angeles when she was 18 and he was 37, Emmy-nominated “Westworld” actress Evan Rachel Wood publicly accused her former fiancé Brian Warner — otherwise known as the controversial goth rocker Marilyn Manson — as her abuser for the first time.

But as the now 34-year-old Wood claims in “Phoenix Rising,” a feature documentary whose first half premiered Sunday night at the 2022 Sundance Film Festival, the signs had been apparent for years — and in at least one instance, viewed by nearly 30 million fans on YouTube.

Actress Evan Rachel Wood described the alleged abuse she suffered while in a relationship with Marilyn Manson in a documentary film that aired Sunday night as part of the Sundance Film Festival.Getty Images for Disney

In the film, set to air in its entirety on HBO in March, Wood recalls her appearance in his 2007 music video for “Heart-Shaped Glasses,” which shows the couple having sex, or so it appears. While the song plays over these specific clips in the video, the documentary airs the sound of Wood, then 19, shouting in distress.

“We had discussed a simulated sex scene,” Wood said. “But once the cameras were rolling, he started penetrating me for real. I had never agreed to that … It was complete chaos and I did not feel safe — no one was looking after me … I felt disgusting and like I had done something shameful, and I could tell that the crew was very uncomfortable and nobody knew what to do. I was coerced into a commercial sex act under false pretenses. That’s when the first crime was committed against me — and I was essentially raped on camera.”

“Phoenix Rising,” directed by the Oscar- and Emmy-nominated filmmaker Amy Berg, additionally documents Wood’s activism in creating the 2019 Phoenix Act, a bill that extended the statute of limitations for domestic violence from three years to five in California — as well as Wood growing up in a North Carolina home where her parents often fought. But the bulk of Sunday’s 77-minute Part One dives into other dark details of the relationship, and shows Wood, in 2020, moving closer to attaching the name of Manson, now 53, to them publicly.

“This isn’t about revenge or, like, he’s a monster and he needs to be punished and destroyed,” she said. “He’s already destroyed.”

“Phoenix Rising” will air in its entirety on HBO in March. A representative for Evan Rachel Wood did not return a message from The Post seeking additional comment on this documentary. Manson’s attorney, Howard King, also didn’t return a request seeking comment in advance of the screening.Courtesy of the Sundance Film Festival

Not only does Wood further explain how Manson allegedly forced her to lie to the press about the “Heart-Shaped Glasses” filming experience (“For me, that was one of the most romantic moments of my entire life,” she told GQ at the time), but she touches on other disturbing allegations. For instance, during their relationship — which she said she escaped in 2011 — Manson berated her for being Jewish. He painted watercolors showing Nazi themes, such as figures resembling Adolf Hitler, and he got a chest tattoo whose shape resembles a swastika.

“At one point, over the side of the bed where I slept, he wrote ‘kill all the Jews’ on our bedroom wall,” she alleges in the doc.

It all started by Manson approaching Wood at a Chateau Marmont party, with Manson telling Wood he was a fan of her performance in the 2003 film “Thirteen.” At that time as a teenager, Wood describes in the documentary how she felt insecure, had “no core identity,” was a closeted bisexual and felt lost. Wood had a boyfriend at the time; Manson was married to the burlesque performer Dita Von Teese. Wood saw Manson as an artist who seemed to take interest in her opinions on music and film “that definitely boosted my ego and confidence,” she said.

But a sexual encounter allegedly begun by Manson when Wood was 18 and he was still married led Wood into a manipulative trap.

Wood met Manson when she was 18 and he was 37, and “escaped” their nearly five-year-long relationship in 2011. “I don’t know what happened, but something really snapped and, from what I can tell, he really hates women,” Wood declares in her new documentary.WireImage

“This guy can have whoever he wants and he’s chosen you,” she said of how she felt in the moment. “You’re special now. And if I said no, then I was really scared we weren’t going to be friends anymore, so I let things go farther than I wish I had.”

Before long, it led to “love bombing,” a dating trend defined as communicating an overabundance of affection and attention as a form of emotional manipulation.

“Scarification and branding was part of it,” said Wood. “He carved an E [into his skin] and I carved an M … as a way to show ownership and loyalty. And I carved it right next to my vagina to show him that I belonged to him.”

A representative for Wood did not return a message from The Post seeking additional comment on this documentary. Manson’s attorney, Howard King, also didn’t return a request seeking comment in advance of the screening.

However, a previous statement from “his counsel” is included at the end of the film, saying “Mr. Warner vehemently denies any and all claims of sexual assault or abuse of anyone. These lurid claims against my client have three things in common — they are all false, alleged to have taken place more than a decade ago and part of a coordinated attack by former partners and associates of Mr. Warner who have weaponized the otherwise mundane details of his personal life and their consensual relationships into fabricated horror stories.”

Wood’s 2021 announcement naming Manson, posted on her Instagram and shared in a statement with Vanity Fair, came as a bombshell — and led to a swift downfall for Manson, who has since been accused of abuse by some 15 other women, including “Game of Thrones” actress Esmé Bianco, and is now being investigated by the Los Angeles Police Department, though no charges have been filed.

Wood outed Manson as her alleged abuser in February 2021 — and multiple other women have since come forward with abuse allegations.E. Charbonneau

At the time, sources told The Post that Manson’s disturbing stage persona — which included slicing his chest open with a broken beer bottle while performing in 1995 — was just as troubling behind the scenes.

In Manson’s 1999 autobiography “The Long Hard Road Out of Hell,” which he co-wrote with Neil Strauss — and as mentioned in the documentary — he fesses up to throwing a bottle of perfume at his mother’s face, which permanently scarred her, when he suspected her of cheating on his father.

“In altercations that followed, I hit her, spit on her and tried to choke her,” he wrote. “She never retaliated. She just cried and I never felt sorry for her.”

Meanwhile, Wood has declared in her new doc: “I don’t know what happened, but something really snapped and, from what I can tell, he really hates women.” She later added, “I don’t know who Brian Warner is honestly. I think Brian Warner died a long time ago. I think he has a lot of different personalities, specifically Marilyn and Manson. Two very different people. Brian doesn’t really show up.”