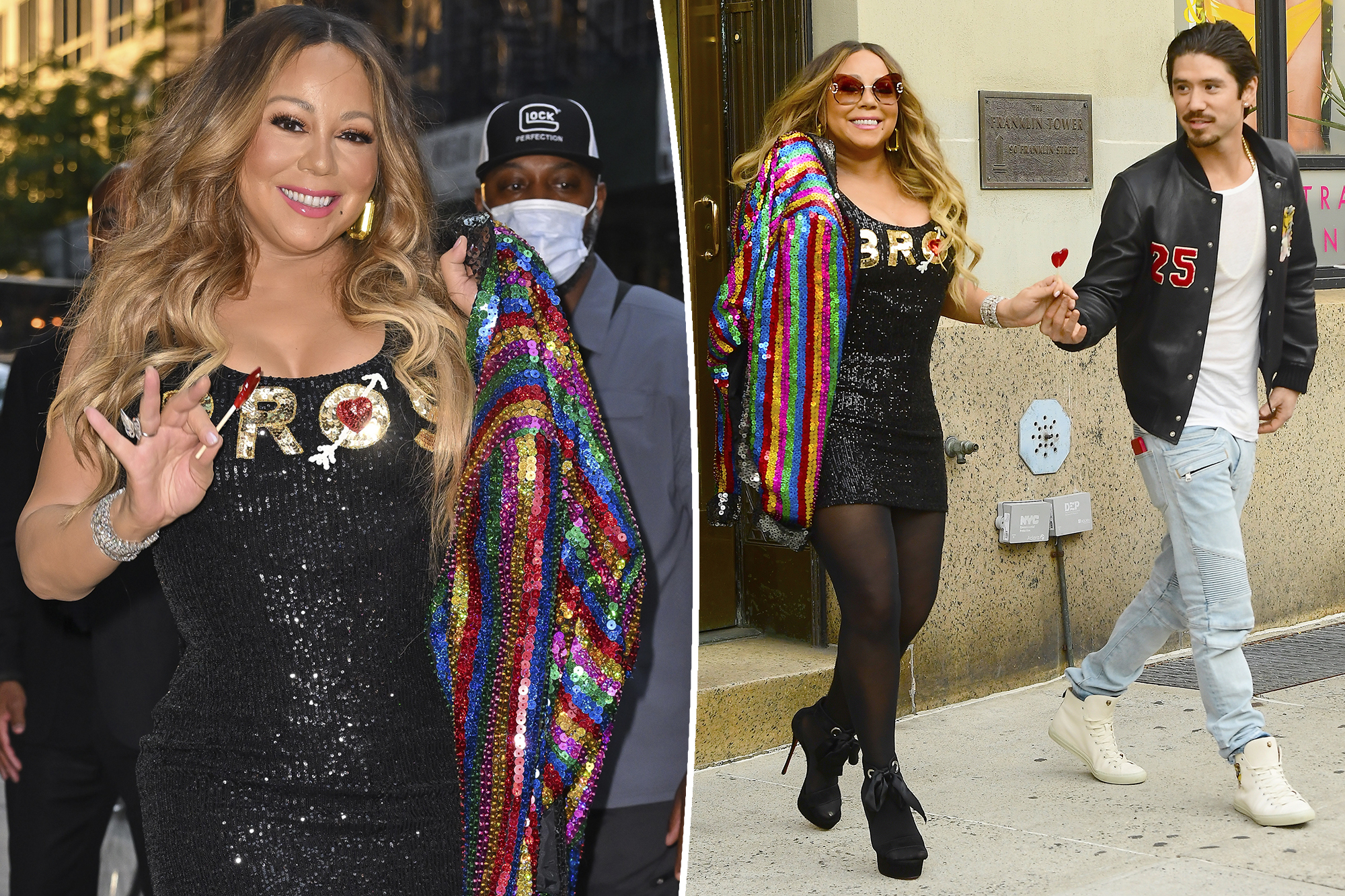 This diva has “Big (Pride) Energy.”

Mariah Carey stepped out in sequins on Monday for a date night with her boyfriend, Bryan Tanaka.

The pop icon, 53, and her dancer beau, 39, hit a screening of the gay rom-com “Bros,” with Carey (who hosted the event) showing her support in a sparkling black minidress adorned with the movie’s title.

The “Heartbreaker” songstress — who’s famous for sporting glittering gowns in hot tubs, snowstorms and even on fast food runs — also posted an Instagram Reel ahead of the screening, smiling in a purple sequined Tom Ford racerback dress ($2,600) and yet another pair of towering stilettos.

Mariah Carey was all legs in her LBD and sky-high heels. GC Images

Carey and Tanaka met when he was a backup dancer on her 2006 Adventures of Mimi Tour, and they got together in 2016, following the musician’s split from billionaire James Packer. They’ve been dating on and off ever since.

Out September 30, “Bros” stars and was co-written by comedian Billy Eichner, and is the first major studio film to feature an all-LGBTQIA+ principal cast.

Tatcha Friends & Family Sale 2022: Celebrity-loved skin cream, serum
Meghan Markle wears denim shorts, sandals at Harry’s polo match
We use cookies on our website to give you the most relevant experience by remembering your preferences and repeat visits. By clicking “Accept All”, you consent to the use of ALL the cookies. However, you may visit "Cookie Settings" to provide a controlled consent.
Cookie SettingsAccept All
Manage consent