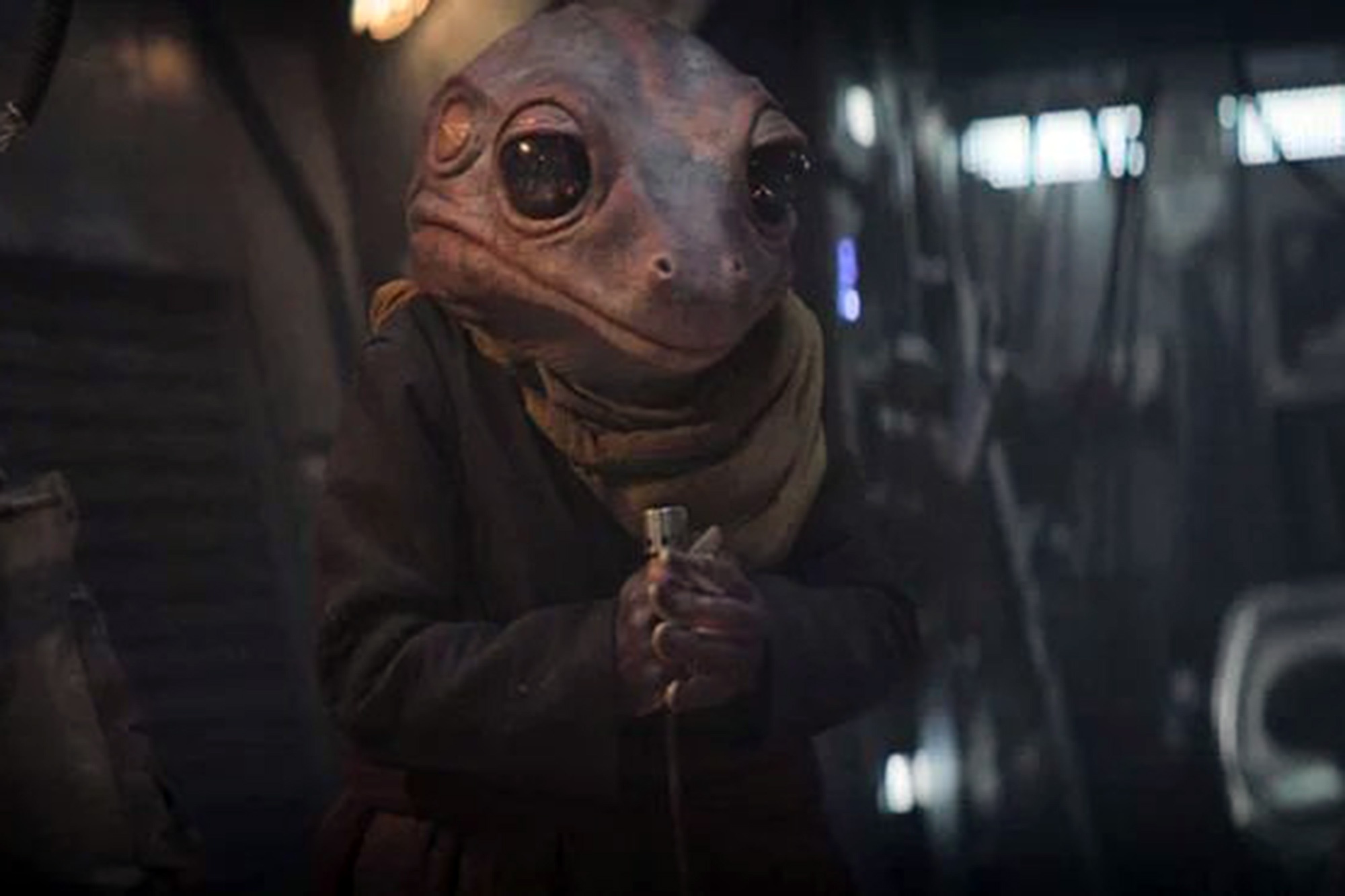 He shouldn’t have eaten her eggs.
“Star Wars” fans are fawning over a character on “The Mandalorian” — and it’s not Baby Yoda.
Meet Frog Lady, an anthropomorphic amphibian who might’ve replaced “The Child”  as the darling of “Star Wars” social media.
The nameless creature debuted in the tenth episode of the space opera’s second season, in which Pedro Pascal’s bounty hunter is charged with transporting her eggs to a new planet to save the species. However, he is almost thwarted after Baby Yoda attempts to gobble up the unborn polliwogs in a scene that sparked outrage among the “Star Wars” Twitterverse.
In the latest installment, dropped Friday, Mando helps reunite Frog Lady with her frog husband, and — spoiler alert — the babies finally hatch.
Suffice it to say, the celestial croaker couple have apparently made quite the impression on social media.
“I would die for one woman, and that woman is frog lady from the mandalorian,” Tweeted one awwww-struck Star Warrior.
“2020 is the type of year where i tear up at a frog lady reuniting with her husband,” gushed another about the tear-jerking opening scene from chapter 11.

Another wrote, “Han and Leia? Sorry, I only know frog lady and frog man.”
Some even called for a spinoff featuring just the space frog’s family a la the wookies in “Star Wars Holiday Special.”
Another posted a drawing of Frog Lady scolding Baby Yoda over his egg-napping ways.
Frog Lady’s rise could indeed be viewed as comeuppance for the “The Child”-snatcher, who has historically been seen as the adorable face of the franchise.
In the past, the intergalactic gremlin has spawned countless memes, merchandise and even a car seat PSA. On Monday, SpaceX astronauts went viral after bringing a Baby Yoda plush toy into space.
“The Mandalorian” season picks up again this Friday with “Chapter 12,” which premieres at 6 a.m. EST on Disney+.
The Frog Lady and her eggs on “The Mandalorian.”Disney+