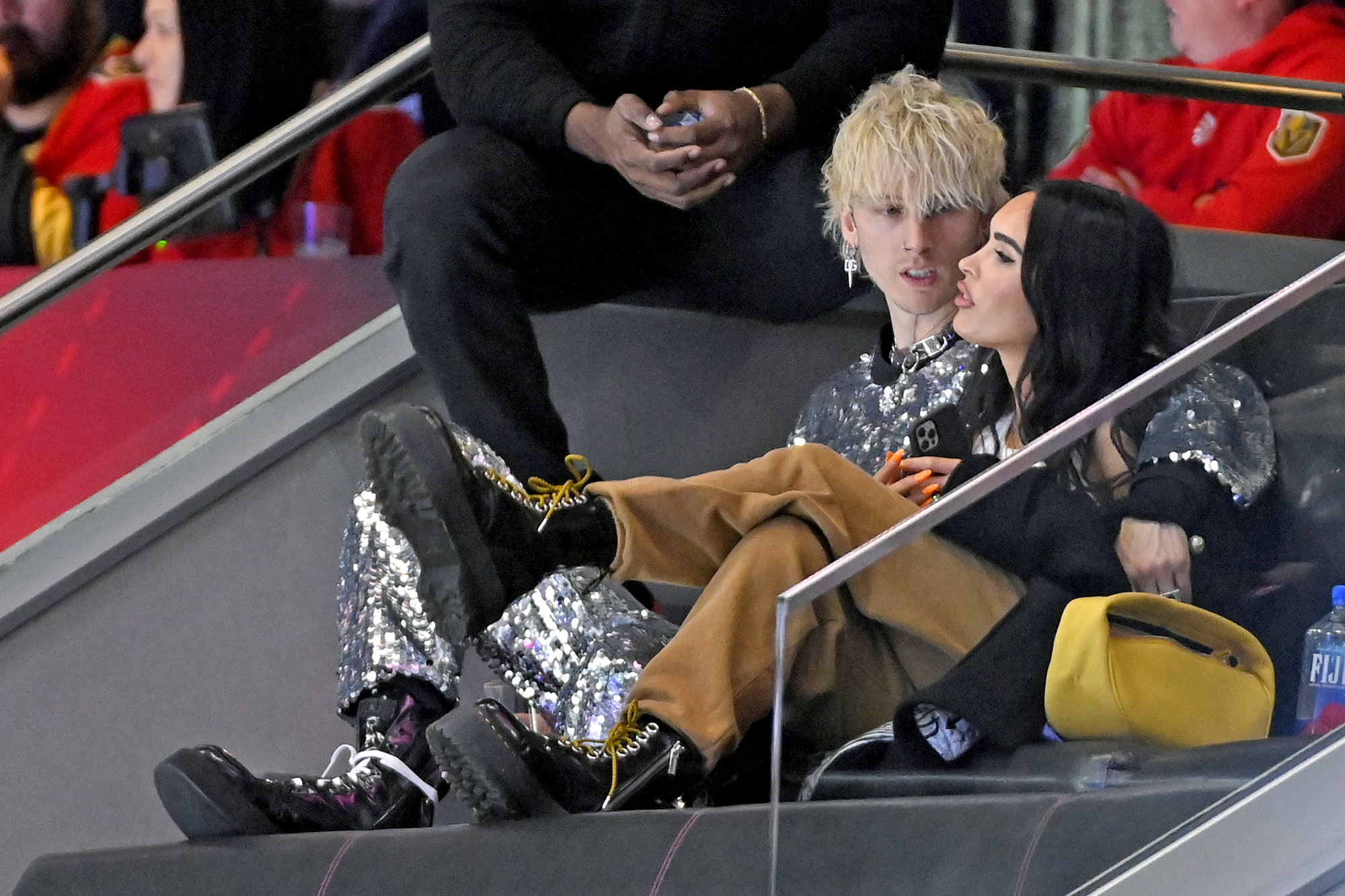 The lovebirds were spotted cozying up together at the 2022 NHL All-Star Game in Las Vegas on Saturday, clearly stealing the show.

MGK, clad in a silver sequin ensemble with matching accessories, was all smiles as he watched the game at the T-Mobile Arena with his fiancée by his side.

At one point, photographers even captured the “Kiss Kiss” rocker putting his arm around Fox, who was dressed casually in a jacket, camel-colored pants and chunky combat boots.

MGK, 31, later took to the ice to perform a few of his hits during the second intermission, including “Bloody Valentine” and “Emo Girl.”

The outing came less than a month after MGK proposed to Fox, 35, at the Ritz-Carlton in Puerto Rico.

“In July of 2020 we sat under this banyan tree,” Fox wrote in a lengthy caption announcing the engagement. “We asked for magic. We were oblivious to the pain we would face together in such a short, frenetic period of time.”

She continued, “Somehow a year and a half later, having walked through hell together, and having laughed more than I ever imagined possible, he asked me to marry him. And just as in every lifetime before this one, and as in every lifetime that will follow it, I said yes … and then we drank each other’s blood.”

The newly engaged couple were spotted at the NHL All-Star Game in Las Vegas on Saturday.Getty Images

Meanwhile on Saturday, MGK’s pal Pete Davidson was across the country in Syracuse, catching a men’s basketball game.

The “Saturday Night Live” funnyman totally blended in with the upstate New York crowd by wearing a gray hoodie and hat that was emblazoned with the team’s “S” logo.

Davidson’s girlfriend, Kim Kardashian, was not in attendance for the game, as she was busy dealing with ongoing drama involving estranged ex Kanye West and their kids.

As Page Six previously reported, West allegedly was spreading unfounded rumors late last month about Davidson being gay and having AIDS. Sources told us, however, that Davidson, 28, and Kardashian, 41, are not letting Ye get under their skin.

“Kim truly wants Kanye to be at peace with their marriage being over and find happiness, whether it’s with Julia [Fox] or someone else, so they can focus on raising their children together in a more positive way,” one insider said.

A separate source told us that West’s alleged rumor-spreading “in an effort to convince Kim to come back” is “actually bringing Pete and Kim closer together.”