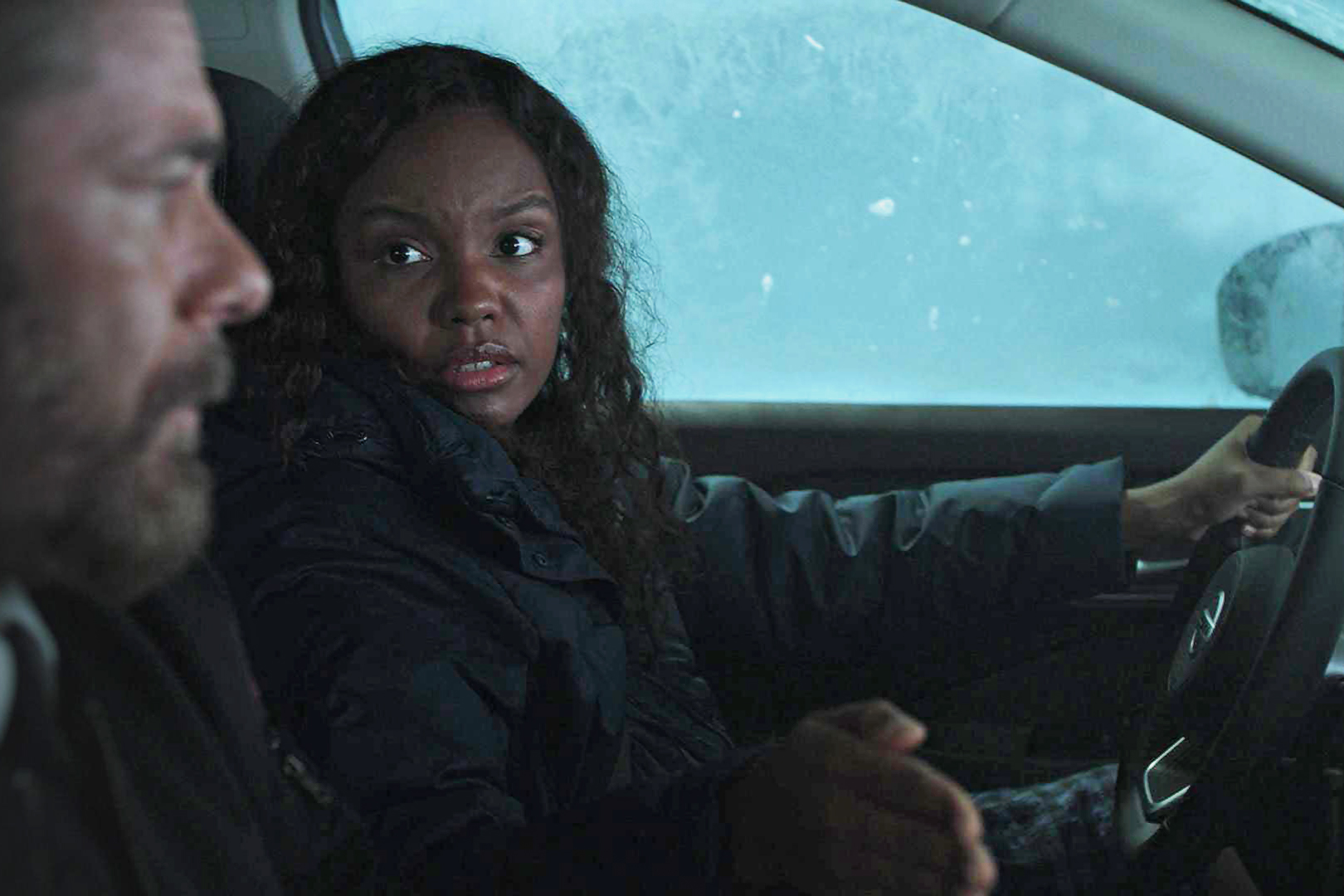 Monday’s episode of “9-1-1: Lone Star” gets tense, as expectant mom Grace Ryer (Sierra McClain) goes into labor in the middle of an ice storm.

“I wasn’t surprised in the least,” McClain, 27, told The Post, referring to the plotline. “Some of it was shocking to me, like the fact that Billy was going to be involved. But the fact that it wasn’t traditional, I can’t lie, I was like, ‘I wouldn’t expect anything less from ‘Lone Star!’ I always feel like I’m eating popcorn and watching crazy stuff happen with all the emergencies, people going in and out of hospitals – and then when it happens to Grace, I’m like, ‘Oh, let me gear up!’”

Now in its third season on Fox, the series follows the lives, loves, and job emergencies of the members of the fire, police, and ambulance departments of the 126 in Austin, TX. Airing Monday, Jan. 31 (at 8 p.m.), the episode “Push,” features pregnant 911 operator Grace trying to navigate the dire situation in which she’s found herself: in labor while stranded in an ongoing ice storm, as her firefighter husband Judd Ryder (Jim Parrack, “True Blood”), fire captain Owen Strand (Rob Lowe), and EMS captain Tommy Vega (Gina Torres) rush to find her.

Tommy (Gina Torres) and Owen (Rob Lowe) rush to find Grace when they realize she’s gone into labor in the middle of an ice storm.

Meanwhile, by pure unlucky coincidence, Billy Tyson (Billy Burke), Owen’s rival who has had an antagonistic relationship with everyone else, is the only one by her side.

“It was really great. I’m a big fan of Billy’s. He’s done some other episodes and we’ve had some group stuff, but this was our first real interaction with each other,” said McClain. “He was such a good sport about everything, Grace was acting a fool on him, hitting him and stuff in the car, and he was right there with it. She can be stubborn, and I think people are really seeing that within this late second and early third season. I can relate to that.”

Tommy (Gina Torres) and Nancy (Brianna Baker) are caught in an ice storm and worried about Grace in “Lone Star.”

To prepare for the dramatic birth scene, McClain, who has also appeared in “Empire” and “Mindhunter,” consulted her own family.

“My mom is the best reference, because she gave birth to my youngest sister with no pain medicine. So, she reminds her of that every time she does something that she’s not supposed to do … but probably much like actual birth, nothing can really prep you for it. You just have to go in and do it, which is exactly how I felt when I was in it.”

Grace and her husband, Judd, have had a tumultuous journey together throughout the show, including the tragic loss of Judd’s colleagues in a disaster and a difficult recovery from that incident. There’s also been drama with their parents (when Judd caught her father having an affair and struggled over whether to tell Grace), and a car accident that landed them both in the hospital.

Things are finally looking up with the birth of their baby — but McClain said the path ahead might pose not a few challenges.

“It seems as though they’re going to settle down and just have a break and enjoy the baby, and enjoy each other as new parents, but I’m not sure it’s going to end that way. It never does!” said McClain. “I think that she’s going to definitely enjoy being a mother and having a family. But, there are going to be a couple things that really effect her and Judd as a couple, as parents, and as a family. I won’t say too much, but I will say that somebody comes into Judd’s life and Grace’s life that will shake their world a little bit.”

David Adefeso’s Family Photo Has The Internet In Awe
Netflix and Mattel developing live-action He-Man ‘Masters of the Universe’ movie
We use cookies on our website to give you the most relevant experience by remembering your preferences and repeat visits. By clicking “Accept All”, you consent to the use of ALL the cookies. However, you may visit "Cookie Settings" to provide a controlled consent.
Cookie SettingsAccept All
Manage consent