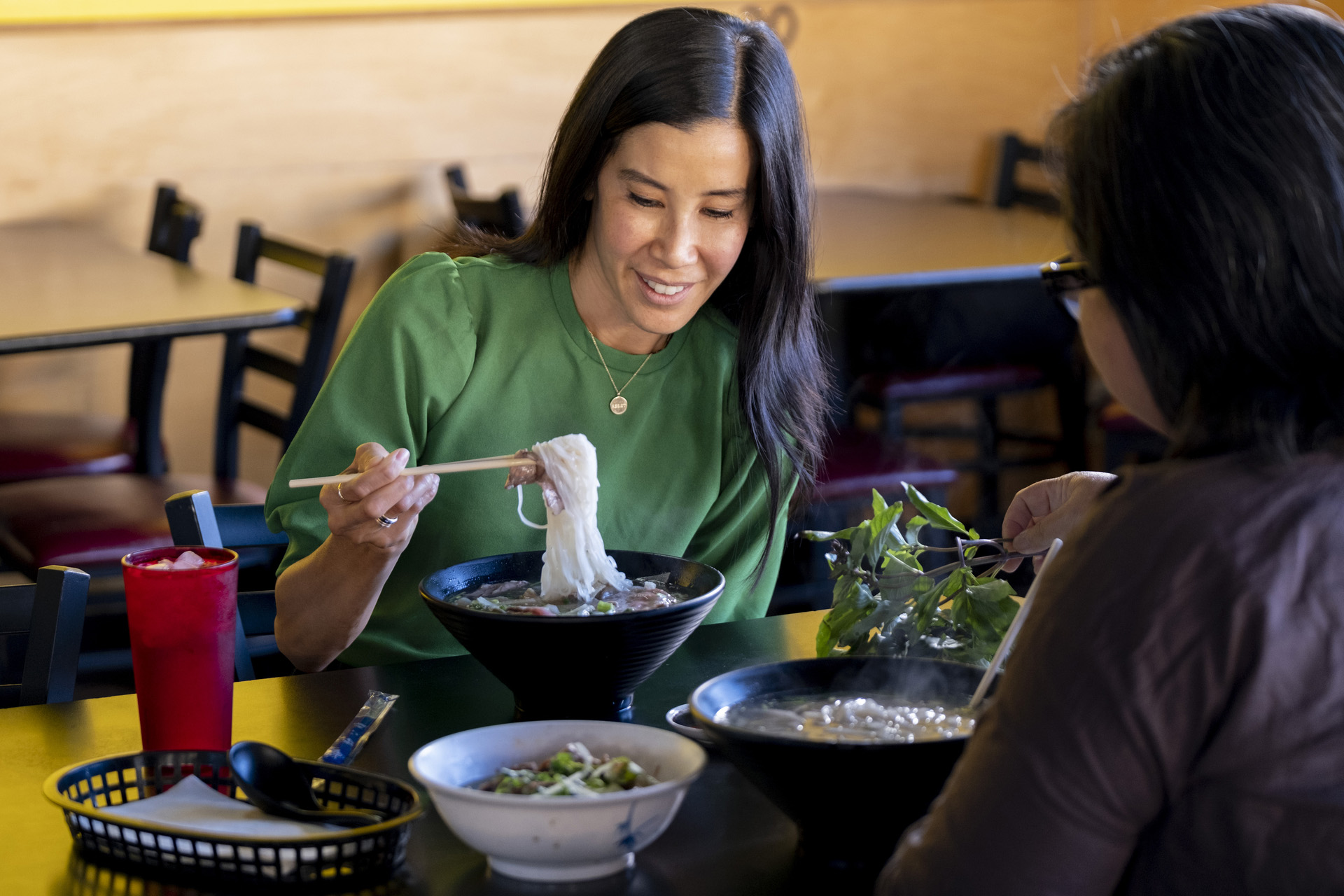 “We sold the show before COVID … but in the midst of this pandemic and increased attacks on the Asian American community – particularly our elders – I think the need for people to acquaint themselves with this culture, this food, this history, is more important than ever,” Ling, 48, told The Post.

Premiering Thursday (Jan. 27) on HBO Max, the six-episode show follows journalist/TV host Ling as she journeys to different locations in the US, exploring the history of a different Asian American community there as well as restaurants and local cuisine. In the opener, Ling eats shrimp gumbo in the Louisiana bayou and learns how the famous cuisine in that region is influenced by the Filipino American community. Other episodes spotlight Bangladeshi food in New York City (the East Village) and the Korean American community in Virginia.

Lisa Ling travels to Little Saignon and learns about the Vietnamese American community and their cuisine. Photograph by Carmen Chan/HBO Ma

“These days, even in the smallest towns, you’ll find sushi or Vietnamese food or Thai food, or maybe even Bangladeshi food,” she said. “But the stories behind these restaurants, these immigrant stories, are not known in America — and the opportunity to pull back the curtain and go into the kitchens of these restaurants and learn their stories through the lens of this food that we’ve all come to love is really what the show is all about.”

Ling, who is Asian American, and well-traveled — thanks to her other shows such as CNN’s “This Is Life With Lisa Ling” — said that over the course of filming “Take Out With Lisa Ling,” she learned plenty of new information.

“I didn’t know that the first Asian Americans to settle in this country settled in the bayous of Louisiana. And, they came here before the United States was even the United States,” she said. “I also learned that Boyle Heights, Calif., became this refuge for many Japanese Americans after World War II, after they were released from internment camps. As a student of history who never learned anything about Asian American history in my own education, this has been an incredible learning experience for me.”

Lisa Ling dives into the Bangladeshi American community in New York and their food in “Take Out With Lisa Ling.” Photograph by Shah Miraz/HBO Max

The series also gets personal; in one episode, Ling travels to the Sacramento Delta in California and interviews her aunt about her grandparents’ Chinese restaurant.

“It was emotional,” she said, about diving into her own family history. “I think for so many immigrants, Asian immigrants in particular, the pathway to some semblance of the American Dream begins in a restaurant. That was the case for my own family. Even though my grandfather was educated here in the US — he got his undergrad degree at NYU and got his MBA at the University of Colorado, and my grandmother had a degree from England — when they immigrated to this country in the late ’40s, my grandfather had doors slammed in his face for finance jobs because he was Chinese. And so, they ended up just doing a bunch of odd jobs and eventually scraped up enough money to open a Chinese restaurant. Neither my grandmother or grandfather even knew how to cook at the time. They really had to toil away in that restaurant.

“So, to tell these kinds of stories of people who sacrificed so much in order to open these restaurants, and who put their hopes and dreams into these places that have now become so ubiquitous in America, was just a really exciting opportunity.”