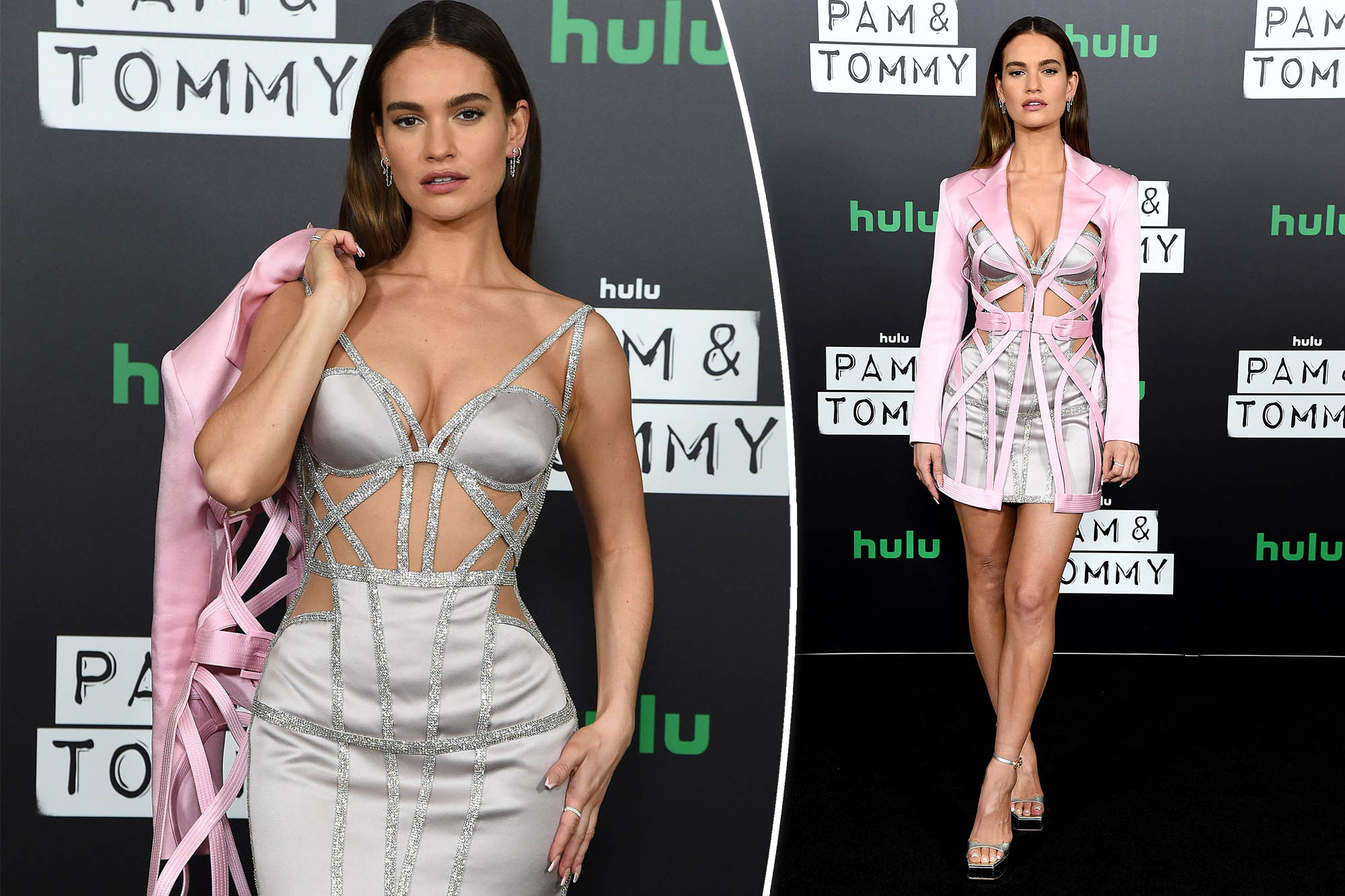 Lily James disappears into her role as Pamela Anderson in Hulu’s “Pam & Tommy” — and it seems she’s still taking cues from the blond bombshell even after wrapping the series.

James showed off both elements of her outfit on the red carpet, at one point removing her pink caged blazer to reveal the strappy embellished silver minidress beneath.

The star accessorized with metallic Versace heels and Anita Ko jewels for the event, which was also attended by Sebastian Stan — the Tommy to her Pam.

The two leads posed together on the “Pam & Tommy” red carpet.HULU

The Marvel actor, 39, coordinated with his co-star in a slate gray Sandro suit, styled sans tie.

Out Wednesday, February 2 on Hulu, “Pam & Tommy” chronicles the ’90s couple’s tumultuous marriage and the release of their infamous sex tape. To transform into Anderson, James spent “anywhere from three to five hours [in] hair and makeup every morning,” as hair department lead Barry Lee Moe told Variety.

She also shot scenes in some of the Playboy favorite’s most iconic looks, including her red “Baywatch” one-piece and black leather “Barb Wire” getup.

Lily James is a dead ringer for Pamela Anderson in Hulu’s “Pam & Tommy.”HULU