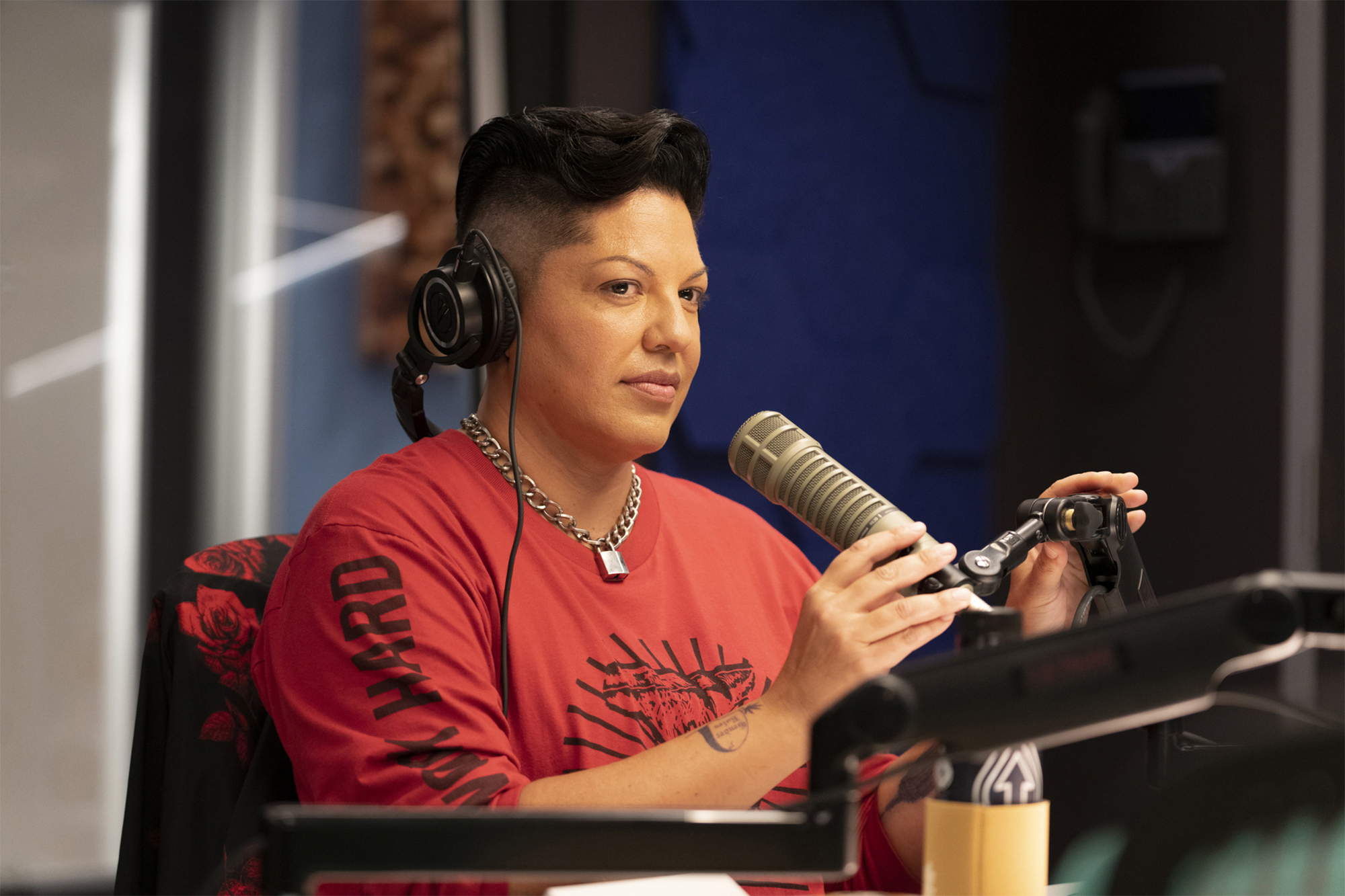 Does Miranda Hobbes get her comeuppance for dumping poor, sweet Steve for Che Diaz, TV’s most hated character?

HBO Max has yet to even announce whether there will be Season 2 of the divisive “Sex and the City” spin-off.

But in the next episode of “And Just Like That,” fans will see Miranda (Cynthia Nixon) dash to Cleveland to see her new paramour, comedian Che (Sara Ramirez).

After telling her longtime husband Steve (David Eigenberg) that she wants a divorce, Miranda jumps on a plane to proclaim her love for Che, the show’s first nonbinary character.

But it appears that she’s in for a rude awakening after turning up at Che’s hotel room — seemingly to find them with someone else.

In a glimpse of the next episode, titled “No Strings Attached,” Che yells at Miranda, who turns up with a box of pastries: “You are not my ‘girlfriend.’ We are not dating,” to which Miranda exclaims: “We’re not? What are we doing?!”

(From left to right) Cynthia Nixon as Miranda Hobbes, Sarah Jessica Parker as Carrie Bradshaw, Kristin Davis as Charlotte York in “And Just Like That,” the 10-part revival of (and sequel to) “Sex and the City.”Courtesy of HBO Max

Che has turned out to be one of the most hated roles on the show, with even longtime fans lamenting the character’s contrived nature.

Twitter has gone into hyperdrive about them, and after this week’s episode, one tweeted: “Stop subjecting us to che, they are making it really hard to get into and just like that…. Well, them, and all the other annoying things that have ruined a perfectly good cupcake of a show.”

Another viewer added: “I’ve started to skip the Che Diaz scenes in And Just Like That but now the episodes are like two minutes long,” as one more said: “Trigger warning for this week’s episode of And Just Like That: it opens with Che doing stand up again.”

There are just two episodes left to find out if Miranda and Che find happiness, whether Carrie (Sarah Jessica Parker) will ever stop staring out of her window while eating snacks in a Versace ball gown and whether Charlotte (Kristin Davis) will manage to sort her children out.

‘Astrid and Lilly Save The World’ stars on new plus sized heroine series
Nick Jonas, Priyanka Chopra’s will be perfect parents, astrology says
We use cookies on our website to give you the most relevant experience by remembering your preferences and repeat visits. By clicking “Accept All”, you consent to the use of ALL the cookies. However, you may visit "Cookie Settings" to provide a controlled consent.
Cookie SettingsAccept All
Manage consent