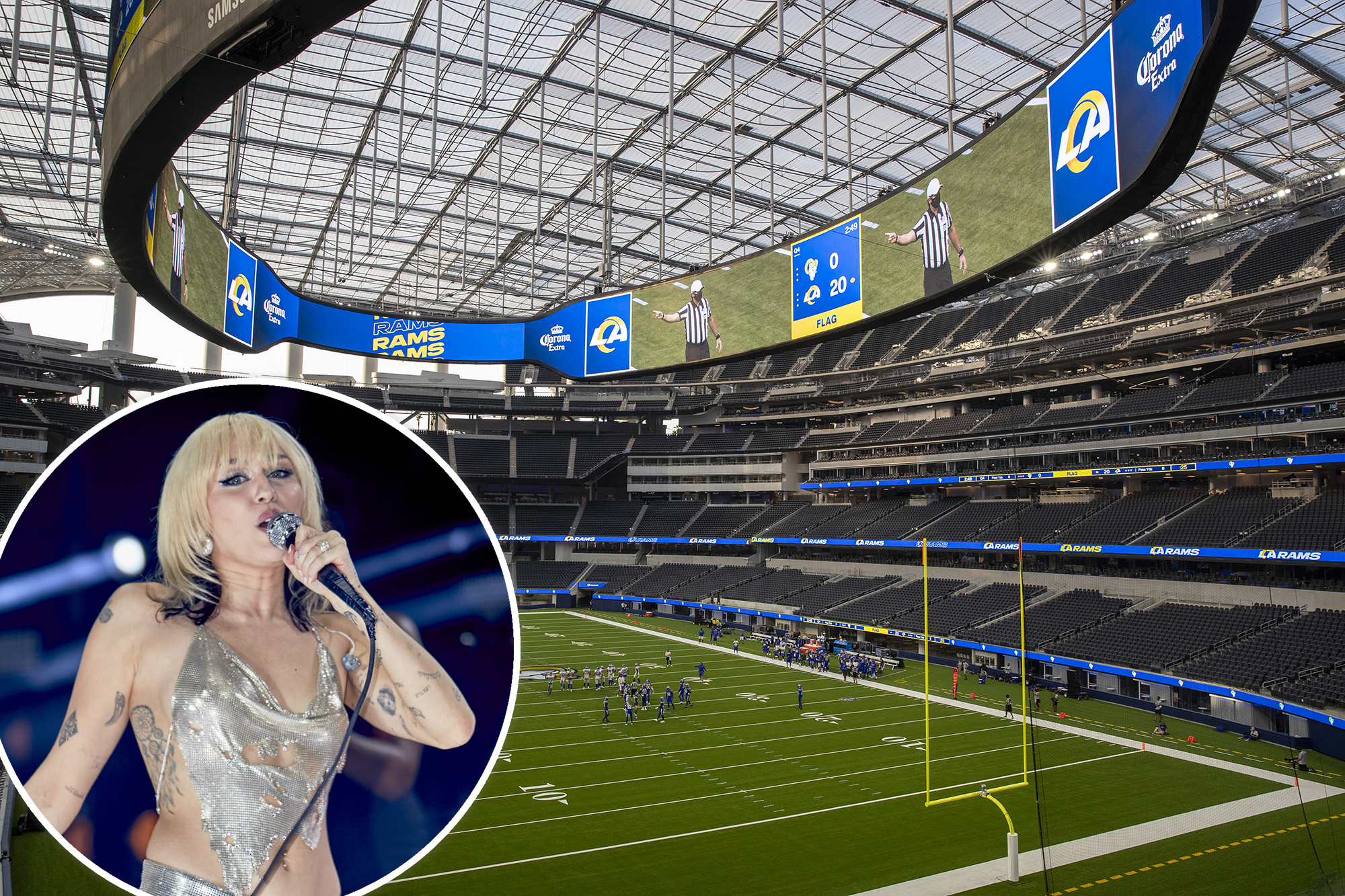 Despite recent buzz that Super Bowl LVI could move from Los Angeles to Dallas over COVID-19 concerns, sources tell Page Six that Hollywood events are moving full steam ahead.

Party pros are still prepping to roll out red carpets ahead of the big game, with a few changes of venues around town to more outdoor spots. Expected performers over Super Bowl weekend include Miley Cyrus, Machine Gun Kelly, Lil Wayne and Zedd.

We hear the party on Feb. 12 – hosted by Authentic Brand Group’s ABG Entertainment and Talent Resources Sports – was originally meant to be on a rooftop, but upgraded to the larger park space in Century City. The party’s also being put on by Kygo’s lifestyle brand, Palm Tree Crew.

“There are too many stakeholders involved in the LA Super Bowl to move it,” one hospitality pro said, regarding buzz that the Feb. 13 game could potentially move cities.

The exec added that while there have been “some newer events” that couldn’t “get up off the ground” in LA, most of the big names are back in the party game after taking last year off from the celebrations in Tampa, Fla.

Proving how much money is on the line, NBA legend Shaquille O’Neal (who has a music career as DJ Diesel) is mounting his annual Shaq’s Fun House – with VIP tables going for up to $60,000 and $150,000 for a suite, according to the party’s site. There’s also a $1 million package that includes private jet travel and other perks.

For Shaq’s party at the Shrine Auditorium & Expo Hall, organizers brought in Bahamas-based crypto exchange FTX as a partner and have booked Lil Wayne, Zedd and Diplo as performers. The event will also have a Wynn Nightlife VIP area and sponsors from Papa Johns to Pepsi.

Among more intimate affairs, we hear that private jet firm Wheels Up will again collaborate with Rao’s to offer a Super Bowl eatery for members and VIPs. Unlike other years – when the Super Bowl restaurant was a pop-up – Rao’s will host the dinners at its permanent LA location. Meatball maestro Dino Gatto, Rao’s executive chef, will be calling the culinary plays.

We also hear that Fanatics mogul and 76ers co-owner Michael Rubin will bring his annual party to LA. His bash has become one of Super Bowl weekend’s most exclusive invites, with past performers including Cardi B, Meek Mill, Migos and Post Malone.

And while the Rams could potentially play at home in the Super Bowl at SoFi Stadium, one LA hospitality exec admitted, “I’d prefer for people to be traveling into LA as a destination,” than leaving local fans the option of staying in for some quieter nights.

‘Downton Abbey’ star Michelle Dockery engaged to Jasper Waller-Bridge
I’m a ‘diamond in the trash’ in Kim. K romance
We use cookies on our website to give you the most relevant experience by remembering your preferences and repeat visits. By clicking “Accept All”, you consent to the use of ALL the cookies. However, you may visit "Cookie Settings" to provide a controlled consent.
Cookie SettingsAccept All
Manage consent