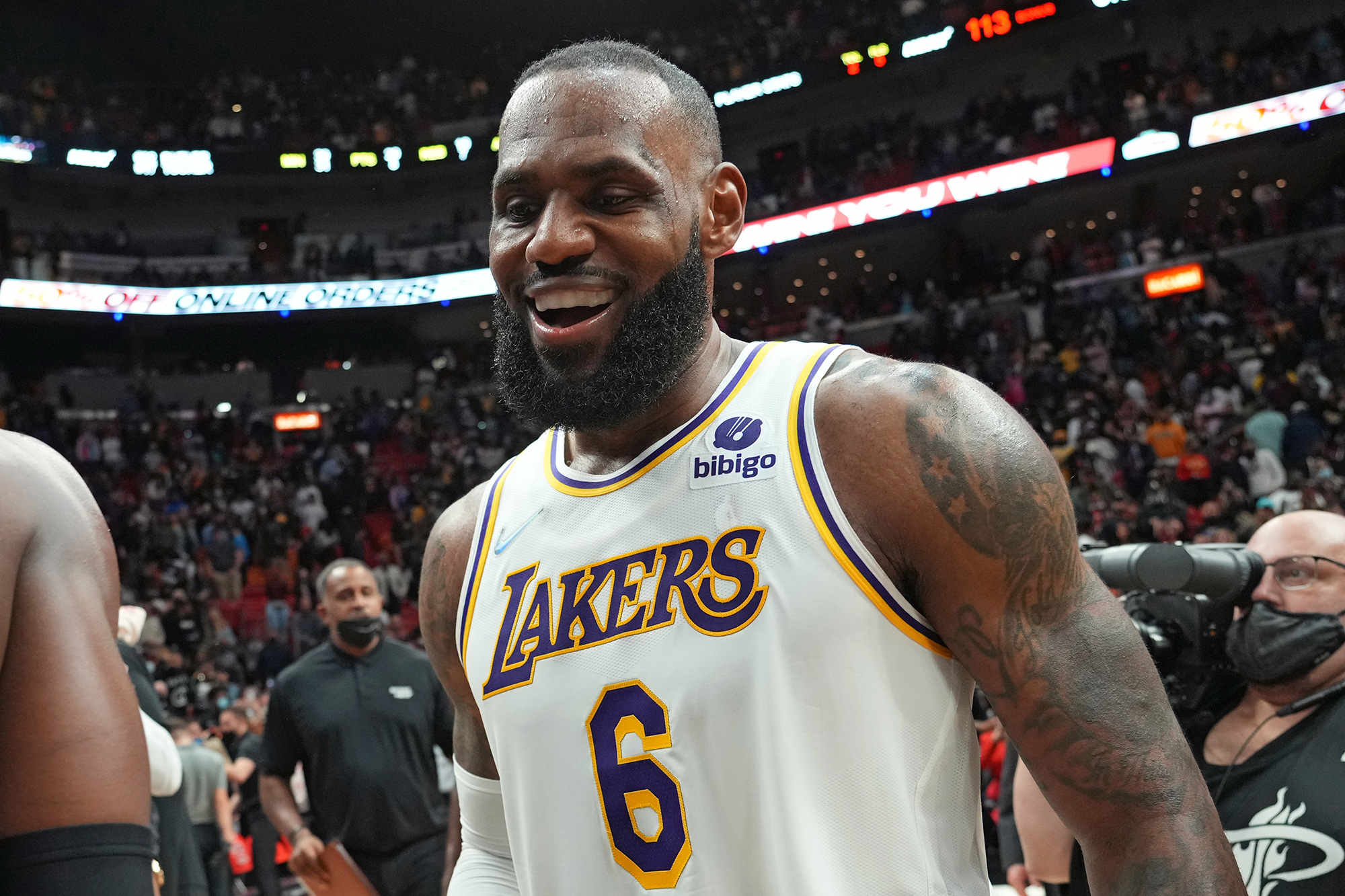 So what do they drink when they win?

Despite losing to the Heat over the weekend, the struggling LA Lakers seemed to have a blast in Miami — tipping back some very pricey drinks, including a $10,500 bottle of vino.

On Sunday, the team fell to the Heat — and fell below .500 — but didn’t seem too shaken up after the defeat.

Following the game, LeBron James, sidelined Anthony Davis, Russell Westbrook, Anthony and other teammates were seen at Miami hotspot Kiki on the River — which is known for hosting starry bashes such as Larsa Pippen’s last birthday party.

We hear the team was drinking a $10,500 bottle of Petrus and had a bottle of James’ booze brand, Lobos Tequila.

And while there are trade rumors surrounding Westbrook, he seems like he might want to spend more time in Miami.

On Monday morning, the point guard was seen taking a virtual tour — using an Oculus headset — of the new luxury E11EVEN Residences, which open in two weeks.

“He was looking at units for investment,” said a source.

The Residences — a partnership between E11even Nightclub’s Marc Roberts and Michael Simkins and Property Markets Group — reportedly sold out its first phase of development with plans for a second.

Roberts told the Real Deal that buyers have included “people in their 20s, crypto buyers, celebrities and influencers, and a lot of our clientele” at the nightclub, including the WNBA’s Candace Parker, ESPN co-host Sage Steele and MMA fighter Luke Rockhold.

A rep for the team didn’t immediately get back to a request for comment.

Earlier this month, James tweeted to fans that the Lakers would improve after the team was publicly dissed by team legend Magic Johnson.

“LakerNation I apologize and I promise we’ll be better!” James tweeted.

Johnson had tweeted that “fans can accept being outplayed but we deserve more than a lack of effort and no sense of urgency,” after an embarrassing loss to the Nuggets.