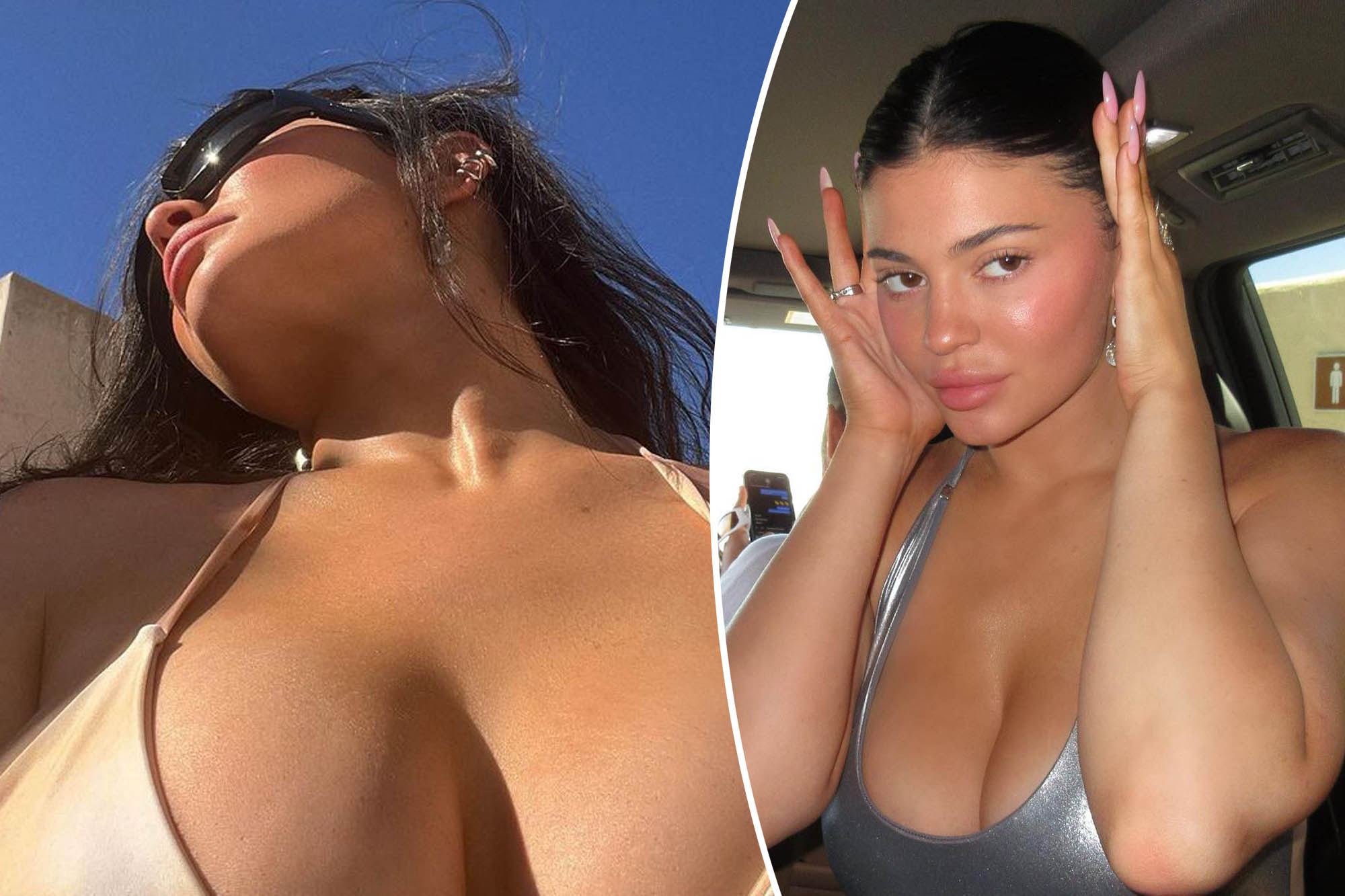 Kylie Jenner nearly bared it all in a steamy post on Instagram Monday, posing in a graphic bikini printed with a pair of nude breasts.

Fittingly dubbed “The Naked Bikini,” the sexy swimwear is part of the French fashion house’s collaboration with stylist Lotta Volkova, and retails for $325.

Made of stretch nylon, it includes matching nude bikini bottom in a beige tone.

There is also a “Naked Maxi Dress” ($680) in the line, which features an even more explicit design of the female body’s nether regions.

Other highlights from the collection include an S&M-inspired blazer ($1,385) with buckled cutouts at the breasts, cheeky peekaboo pants and several takes on Gaultier’s iconic (and celeb-adored) cone bra.

In 2019, while on vacation in Turks and Caicos, the Kylie Cosmetics CEO posted a photo of herself in a vintage “Venus de Milo” swimsuit featuring an image of a marble sculpture’s topless torso, with curves that perfectly matched up with her own.

“free the nipple,” Jenner joked in her caption.Instagram/ kyliejenner

That scandalous suit, however, was almost double the price of Jenner’s “naked” bikini, at $590.

It seems the star is getting more comfortable in her skin after dropping a whopping 40 pounds following the birth of her second child with Travis Scott in February.

Jenner previously revealed that she gained 60 pounds while pregnant.Instagram/@kyliejenner

In early May, she shared on social media she’s been able to shed the weight with her “favorite” combination of “walking/pilates.”

Soon after opening up about her postpartum journey, Jenner posted a photo of herself catching some rays in a tan two-piece swimsuit.

At the 2022 Billboard Awards that same month, the “Keeping Up With the Kardashians” alum also wore a “naked” Balmain dress on the red carpet that showed off her physique.

The star is famous for her sultry swimsuit snaps.Instagram/ kyliejenner

How to wear clogs in summer understanding from the model of Bella Hadid
Queen honors Prince Philip with Platinum Jubilee outfit
We use cookies on our website to give you the most relevant experience by remembering your preferences and repeat visits. By clicking “Accept All”, you consent to the use of ALL the cookies. However, you may visit "Cookie Settings" to provide a controlled consent.
Cookie SettingsAccept All
Manage consent