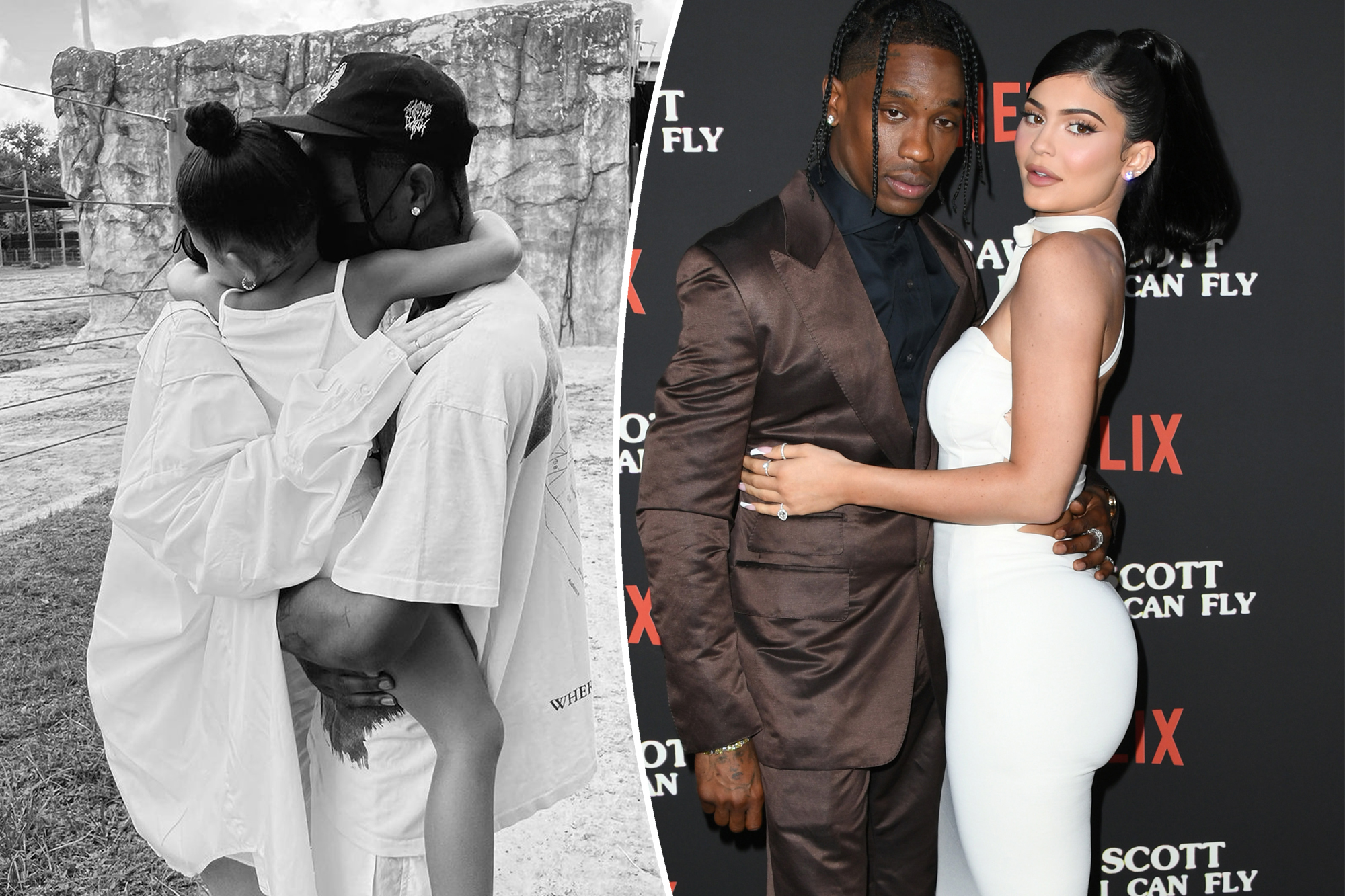 Stormi Webster is all grown up!

Proud mom Kylie Jenner got cozy with her on-again-off-again beau Travis Scott in a snap celebrating their daughter’s 4th birthday on Tuesday.

“our baby is 4,” the “Keeping Up With The Kardashians” alum, 24, captioned the sweet Instagram post. “happy birthday to the girl that changed my whole world.”

The trio cuddled up to each other in the black-and-white photo, which showed the “Sicko Mode” rapper, 30, with his arms wrapped around Stormi.

Jenner, who is expecting her second child with Scott, concealed her bump behind the soon-to-be father-of-two.

The Kylie Cosmetics CEO has been dating the rapper on and off since they welcomed Stormi in 2018.FilmMagic

The KarJenner matriarch, 66, also took to her own Instagram page to pay tribute to the toddler.

“You are so smart, so kind, so funny, and so full of passion for everything always,” she wrote. “I thank God every day for choosing me to be your grandmother.”

The pair threw a joint birthday party for their daughter, with her cousin Chicago West.kyliejenner/Instagram

Stormi celebrated her big day two weeks ago with a joint birthday party alongside her cousin, Chicago.

However, it was her uncle Kanye West who stole the spotlight with his claim on social media that he wasn’t invited to the bash.

Jenner is currently expecting her second child, though some fans have theorized she’s already given birth in secret.kyliejenner/Instagram

But West, 44, then revealed he had Stormi’s parents to thank for letting him into the party.

“I’m so happy right now, I just came from Chi’s party,” West said in a video shared by Hollywood Unlocked. “I just gotta shout out to Travis Scott for sending me the address and the time and making sure that I was able to spend that birthday memory with my daughter.”

He continued, “I just saw everybody. It was Kris [Jenner] and Corey [Gamble] and Kylie. Kylie let me in, right when I got to the spot, ’cause security stopped me once again when I got there.”

West shares 4-year-old Chicago with his estranged ex Kim Kardashian, along with North, 8, Saint, 6, and Psalm, 2.

Adele Vegas residency may be a goner with sets removed: sources
Whoopi Goldberg should be fired, say ABC insiders
Comment