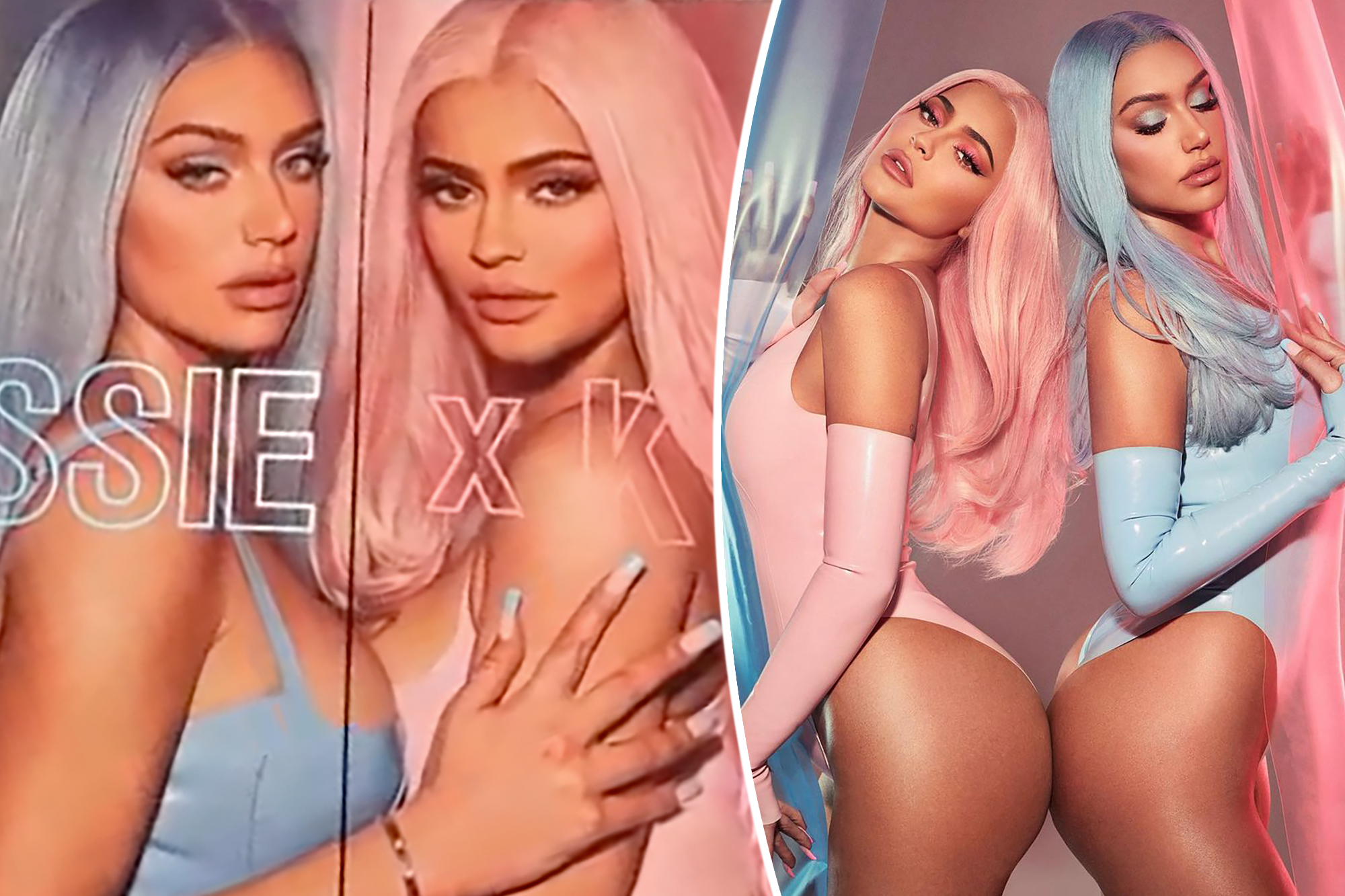 Kylie Jenner and Anastasia “Stassie” Karanikolaou are still in it to twin it.

The makeup mogul and her best friend have teamed up on a Kylie Cosmetics collaboration, set to launch June 13.

And to announce the news on Tuesday, the two 24-year-olds posed for a photoshoot in matching latex bodysuits and elbow-length gloves.

Jenner and Karanikolaou left little to the imagination in their cheeky pink and blue styles, respectively, which they paired with coordinating pastel wigs and eye makeup (the latter presumably from the Stassie x Kylie collection).

“@staskaranikolaou and i started dreaming of this collab a few years ago and we finally made it happen,” the “Kardashians” star wrote on Instagram, adding, “it was so special creating this with my best friend.”

The besties “started dreaming of this collab a few years ago” before making it happen.kyliejenner/Instagram

The mini collection will include a gloss duo, lip kit, highlighter and two liquid eyeliner pens, and the BFFs gave their millions of followers a sneak peek at the packaging on their Stories.

Prior to cutting ties with Woods, Jenner collaborated with her on a Kylie x Jordyn cosmetics collection; after news broke of Thompson’s infidelity, people left scathing comments on the “Jordy” lip kit.

Karanikolaou and Jenner, meanwhile, have been pals for more than a decade, so it’s only natural they’d partner on a makeup line of their own.

Priyanka Chopra takes ruffles to new levels in Paris
Cardi B shared a cute picture of her son with a very expensive ‘toy’
We use cookies on our website to give you the most relevant experience by remembering your preferences and repeat visits. By clicking “Accept All”, you consent to the use of ALL the cookies. However, you may visit "Cookie Settings" to provide a controlled consent.
Cookie SettingsAccept All
Manage consent