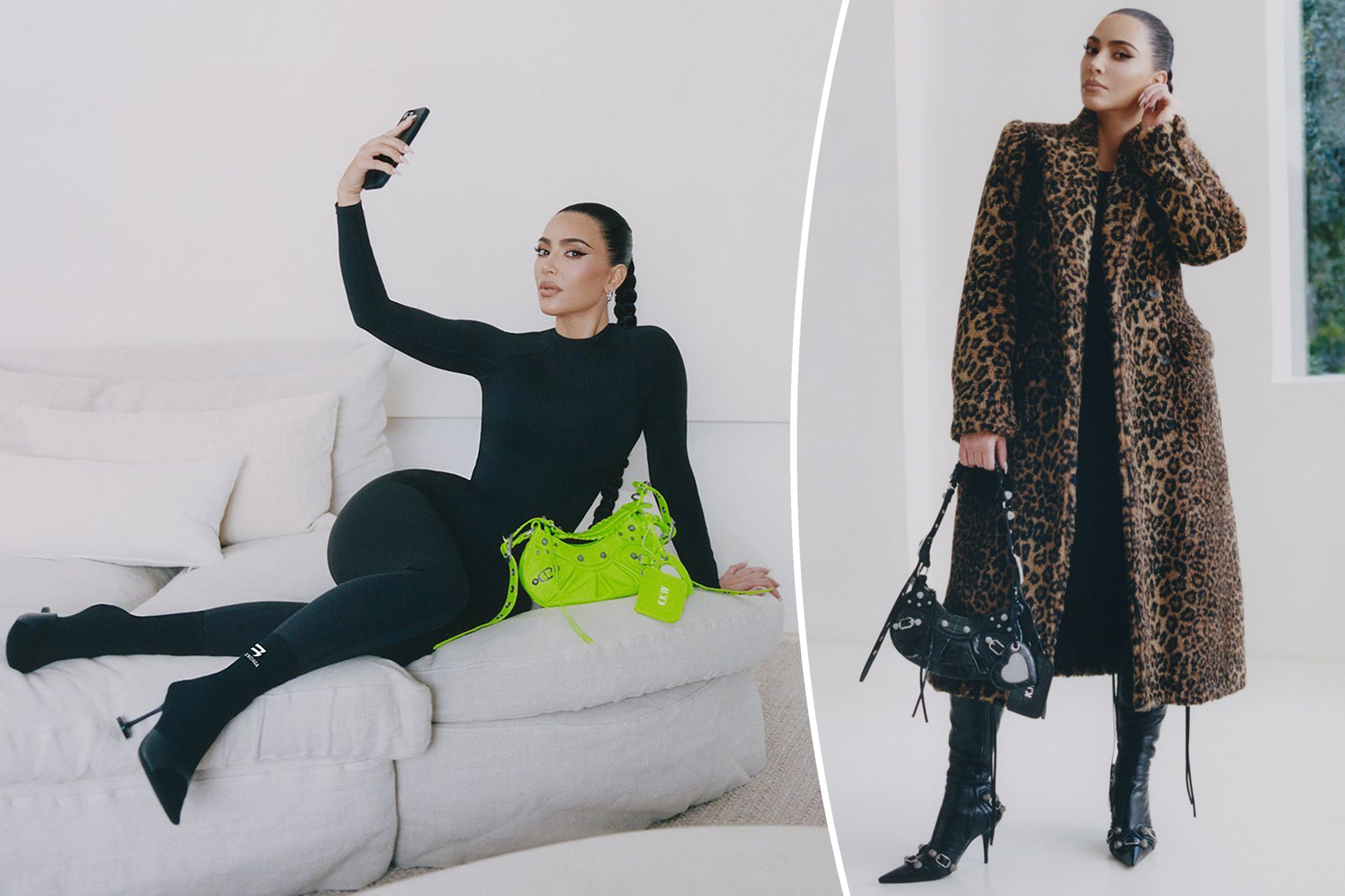 In one especially on-brand image, the “Selfish” author snaps selfies in a skintight catsuit with a neon yellow version of Balenciaga’s coveted “Le Cagole” bag (complete with custom “KKW” tag) resting at her side.

She also poses in a furry leopard-print coat styled with the same bag in black, along with matching multi-buckled “Le Cagole” boots.

Kardashian sports a leopard look in the campaign.balenciaga/Instagram

And in a third snap from the campaign, which was shot by Stef Mitchell at Kardashian’s Calabasas home, she wears a waist-whittling black coat with pointy-toed boots, face-shielding shades and a mini “Hourglass” purse.

Kardashian seems destined for this particular high-fashion gig, having worn Balenciaga countless times over the past year — during her “SNL” hosting gig, while walking the Met Gala red carpet and to hit the stage at ex Kanye West’s “Donda” event, for instance.

It’s certainly worth noting that West, 44, is a longtime fan of the label as well, having introduced Kardashian to creative director Gvasalia in the first place.

Kardashian turned heads in this masked Balenciaga look at the 2021 Met Gala.AFP via Getty Images

And a source previously told Page Six Style that the rapper played a role in her aforementioned masked Met Gala look, saying, “Kanye gave her the courage to push creativity and people’s imagination through art.”

While West and Kardashian’s marriage may be no more, it seems they still share joint custody of Gvasalia.