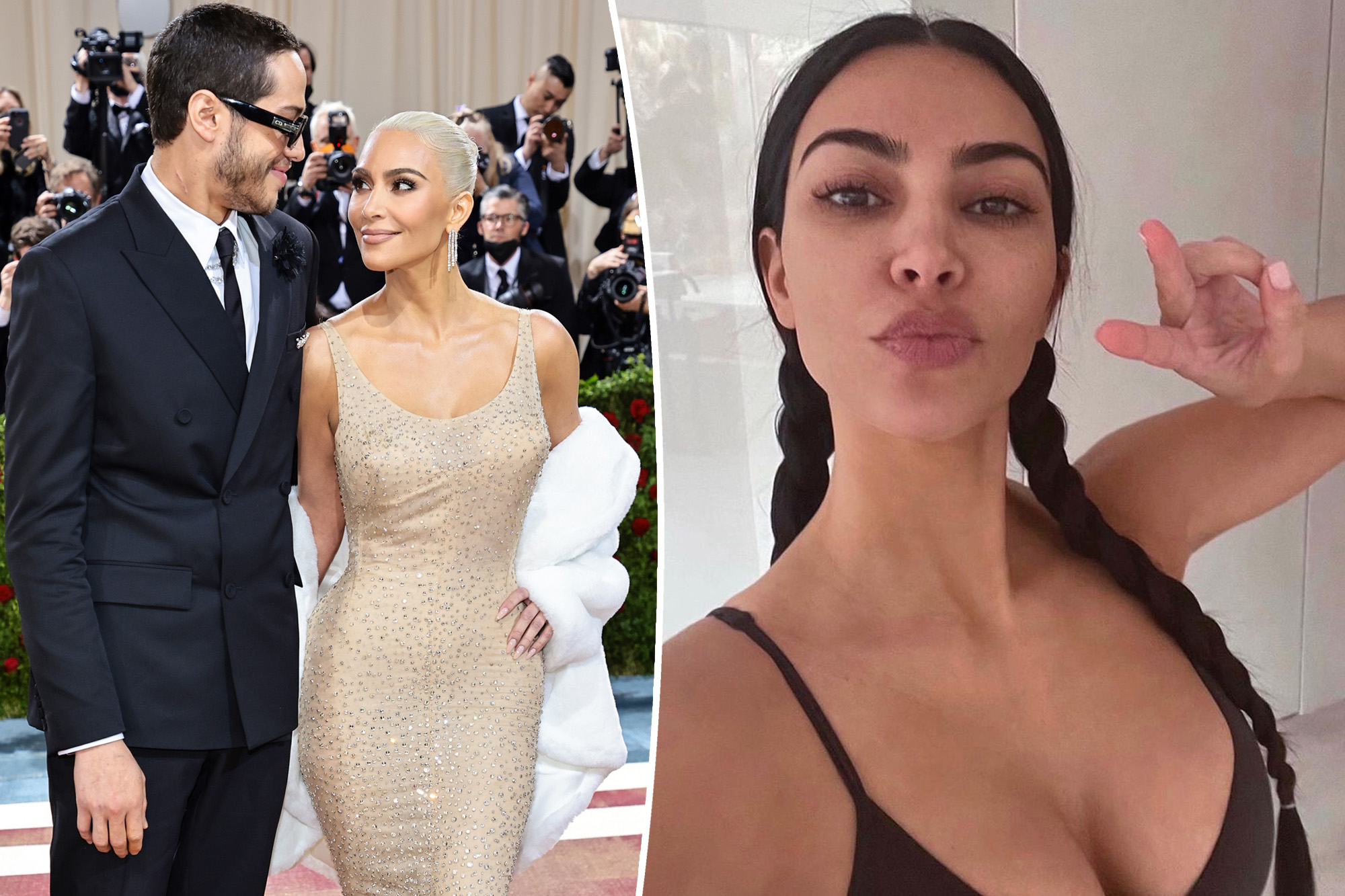 During an appearance on “The Tonight Show Starring Jimmy Fallon” Tuesday to promote her new skincare line, Skkn by Kim, the reality superstar revealed that she and the former “SNL” funnyman love treating their acne in tandem.

“We go to dermatologists together, we inject our pimples together,” Kardashian said. “The dermatologist is like, ‘Is this contagious? You guys always have pimples at the same time.’”

She described skincare as “one of our major bonding things,” and said she “knew it was special” between the pair when Davidson, 28, applied her acne medication while she was asleep.

The star previously shared the story on an episode of Hulu’s “The Kardashians,” and said that she and Davidson are both “obsessed with skincare and dermatologists.”

The couple have been dating since late 2021.kimkardashian/Instagram

Kardashian recently launched her own skincare line, Skkn by Kim.kimkardashian/Instagram

Interestingly, Kardashian’s ex, Kanye West, played a large role in the launch, having come up with the brand name, packaging and visual identity.

Still, we doubt Kimye ever got cortisone shots together — that’s a new level of intimacy.

Kardashian stopped by “The Tonight Show” to tell Jimmy Fallon about her latest launch.NBC/NBCU Photo Bank via Getty Im

Naomi Campbell dodges wardrobe malfunction in open shirt
Kate Middleton wears The Vampire’s Wife in new royal portrait
We use cookies on our website to give you the most relevant experience by remembering your preferences and repeat visits. By clicking “Accept All”, you consent to the use of ALL the cookies. However, you may visit "Cookie Settings" to provide a controlled consent.
Cookie SettingsAccept All
Manage consent