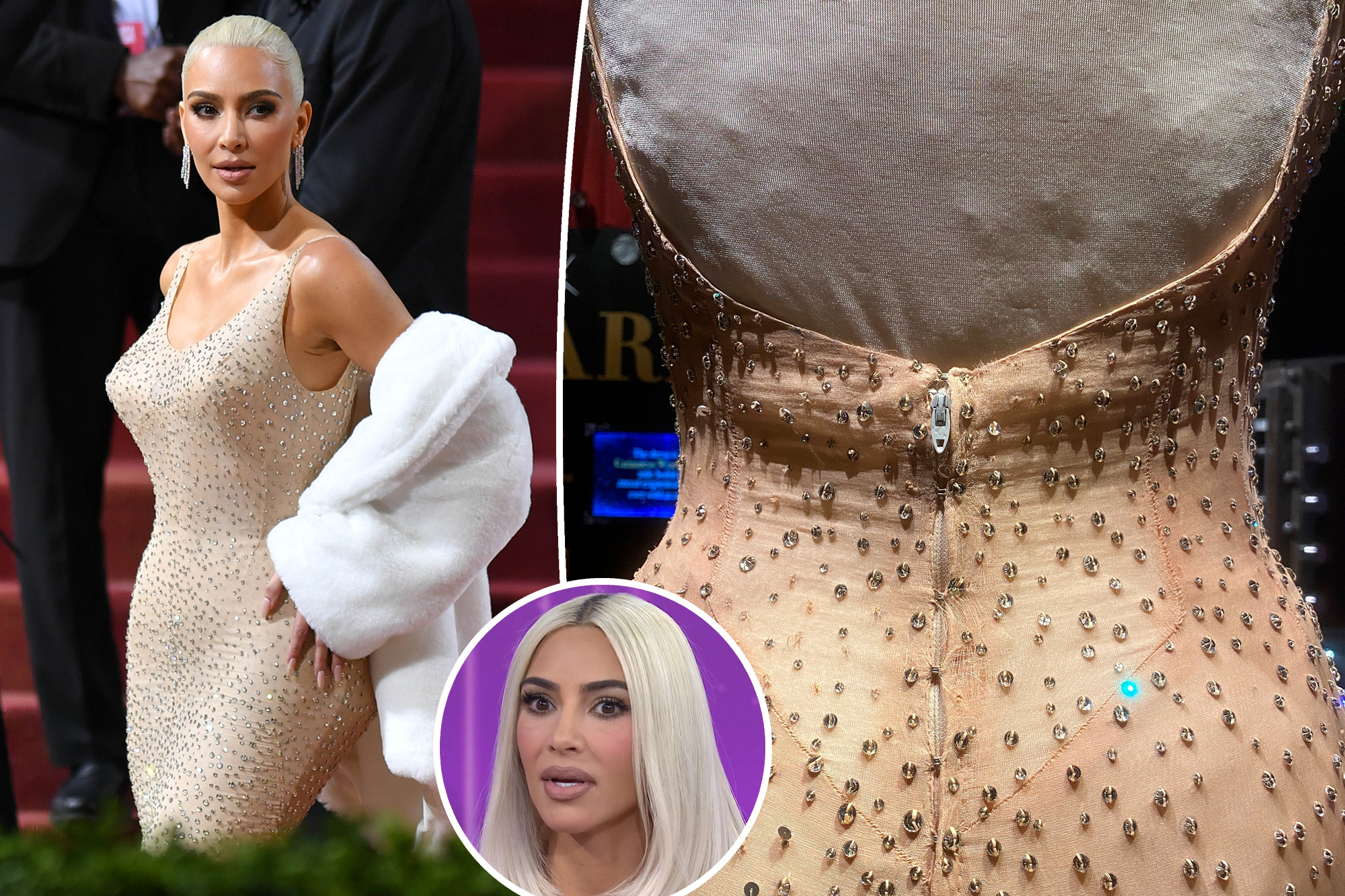 Kim Kardashian is speaking out about her Marilyn Monroe dress controversy for the first time.

The makeup mogul, 40, became the talk of the Met Gala 2022 red carpet when she lost nearly 20 pounds in order to fit into the iconic “naked” dress Monroe wore in 1962 to sing “Happy Birthday” to then-president John F. Kennedy.

While there was much debate about whether or not the reality star should have been allowed to wear it at all — with even designer Bob Mackie condemning the decision — fans of the Hollywood icon were in an uproar last week when they suspected real damage had been done to the delicate garment.

The Ripley’s Believe It or Not! museum, which purchased the gown at auction for nearly $5 million and continues to display the piece, released a statement Thursday denying that the dress was harmed during Kardashian’s Met Gala outing — and the Skims founder appeared on the “Today” show Tuesday to address the issue herself.

With boyfriend Pete Davidson’s help, Kardashian wore Monroe’s dress to climb the stairs at the Metropolitan Museum of Art, then changed into a replica for the party.Getty Images

“We keep seeing stuff like, ‘The dress is ruined’ … All of that is not true?” Hoda Kotb asked.

“No,” Kardashian replied. “Ripley’s [and I] worked together so well; there were handlers in gloves that put it on me.”

Taylor revealed in December 2019 that she and D’Elia were…

She and Ripley’s went to great lengths for the red carpet moment, with the star changing into a replica of the look at the top of the museum’s steps before entering the party.

“It was such a process,” she said. “I showed up to the red carpet in a robe and slippers, and I put the dress on on the bottom of the carpet, went up the stairs … I probably had it on for 3 minutes, 4 minutes.”

Continued Kardashian, “I respect [Monroe], I understand how much this dress means to American history. And with the theme [of the Met Gala] being American, I thought, ‘What’s more American than Marilyn Monroe singing happy to the President of the United States?’”

The Skkn founder also talked about her controversial weight loss for the event, saying, “I looked at it like a role. And I really wanted to wear this dress. It was really important to me.”

Added Kardashian, “It actually taught me a lot about my lifestyle and my health. And since then, afterwards, I continued to eat really healthy. I’m down 21 pounds now. I’m not trying to lose any more weight, but I have more energy than ever. I cut out so much sugar. A lot of junk food I was eating … I just completely changed my lifestyle.”

Madonna refused to dress down for ‘Will & Grace’ guest role
How to shop Kim Kardashian’s Skkn by Kim skincare products
We use cookies on our website to give you the most relevant experience by remembering your preferences and repeat visits. By clicking “Accept All”, you consent to the use of ALL the cookies. However, you may visit "Cookie Settings" to provide a controlled consent.
Cookie SettingsAccept All
Manage consent