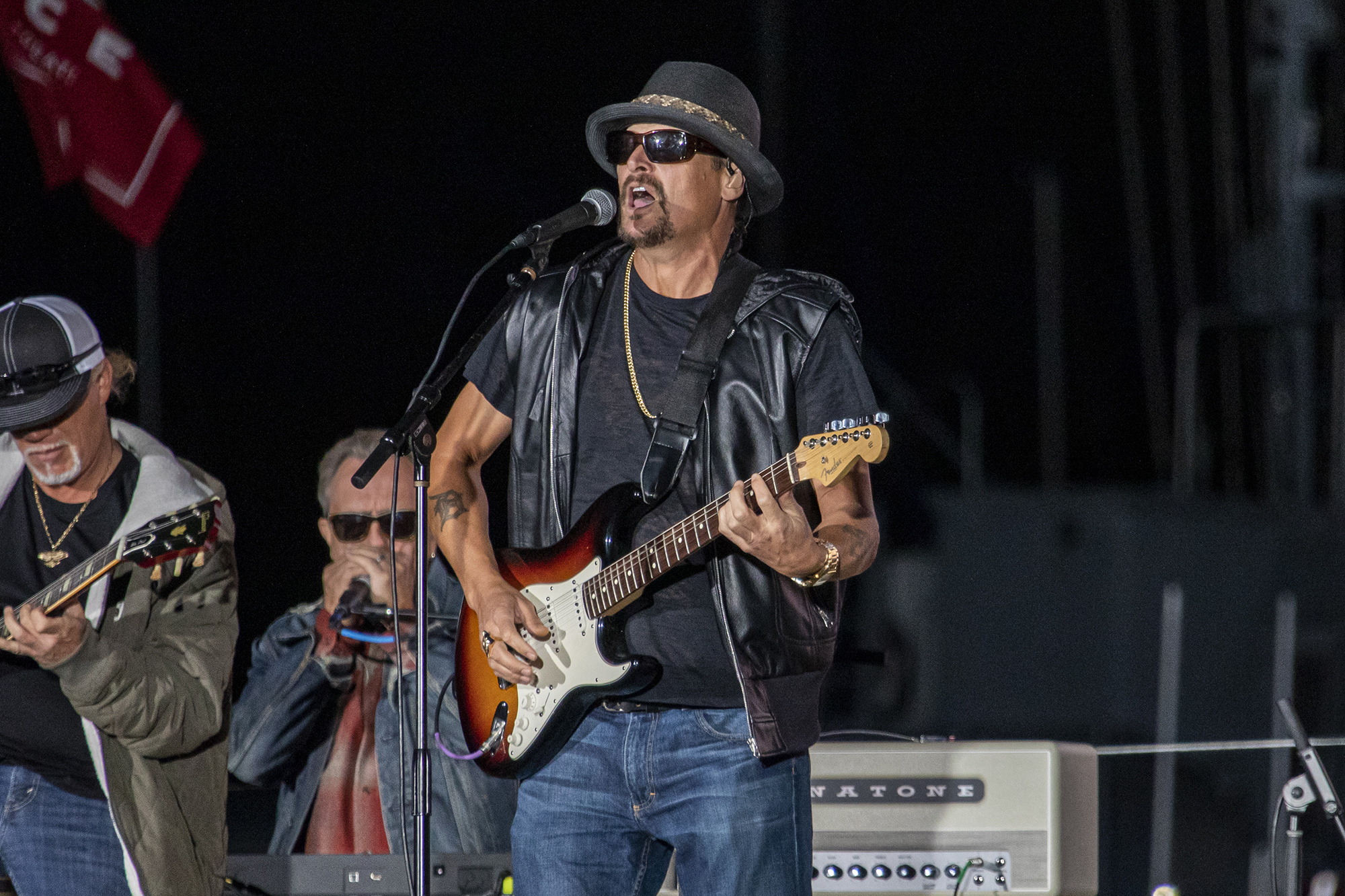 Kid Rock is hitting the road, but he’s being selective about exactly where he’s going.

Just days after announcing his upcoming “Bad Reputation” tour, the artist took to his official Facebook account this week to reveal he won’t be performing at venues that require COVID-19 masks or vaccination.

“There’s been a lot of talk about vaccine mandates and venues. People saying, ‘I’m not going to that venue because of the vaccine mandate’ and this, that and the other. Trust me, we’ve done all our research on this and the consensus says that all this is going to be done, if there are any at these venues, I’m not aware of any, but if there are any, they’re going to be gone by the time we get to your city. If they’re not, trust me, you don’t have to worry. You’ll be getting your money back because I won’t be showing up either,” Kid Rock said.

“It’s actually kind of unfortunate. We actually scratched Buffalo, New York off the list because of that and Toronto, Canada and several other cities we were looking at. I don’t want to deal with that s–t either,” he continued.

Kid Rock revealed that he spent most of his time during the pandemic in the studio working on his album.

“I’m unf—ing cancellable. Suck on that,” Kid Rock added as message to his “haters.”

The artist went on to question his fans about where they listen to music. It’s an interesting question given the current controversy surrounding Spotify. Musician Neil Young recently requested the streaming service remove his music because of his opposition to Joe Rogan’s podcast, which he accused of spreading misinformation about coronavirus vaccines.

On Friday, singer Joni Mitchell announced that she’s followed suit and no longer wants her songs on Spotify.

In addition to discussing his tour, Kid Rock dropped his latest track “We The People” along with two others at midnight on Tuesday. The track mocks people like President Biden and Dr. Anthony Fauci, and bashes COVID-19 mandates.

Kid Rock spent most of his time during the pandemic in the studio working on his album.Scott Legato/Getty Images

Elsewhere in the song, he adds: “But COVID’s near, it’s coming to town, we gotta act quick, shut our borders down / Joe Biden does, the media embraces, Big Don does it and they call him racist.”

The singer’s 2022 Bad Reputation Tour is going to 24 cities.