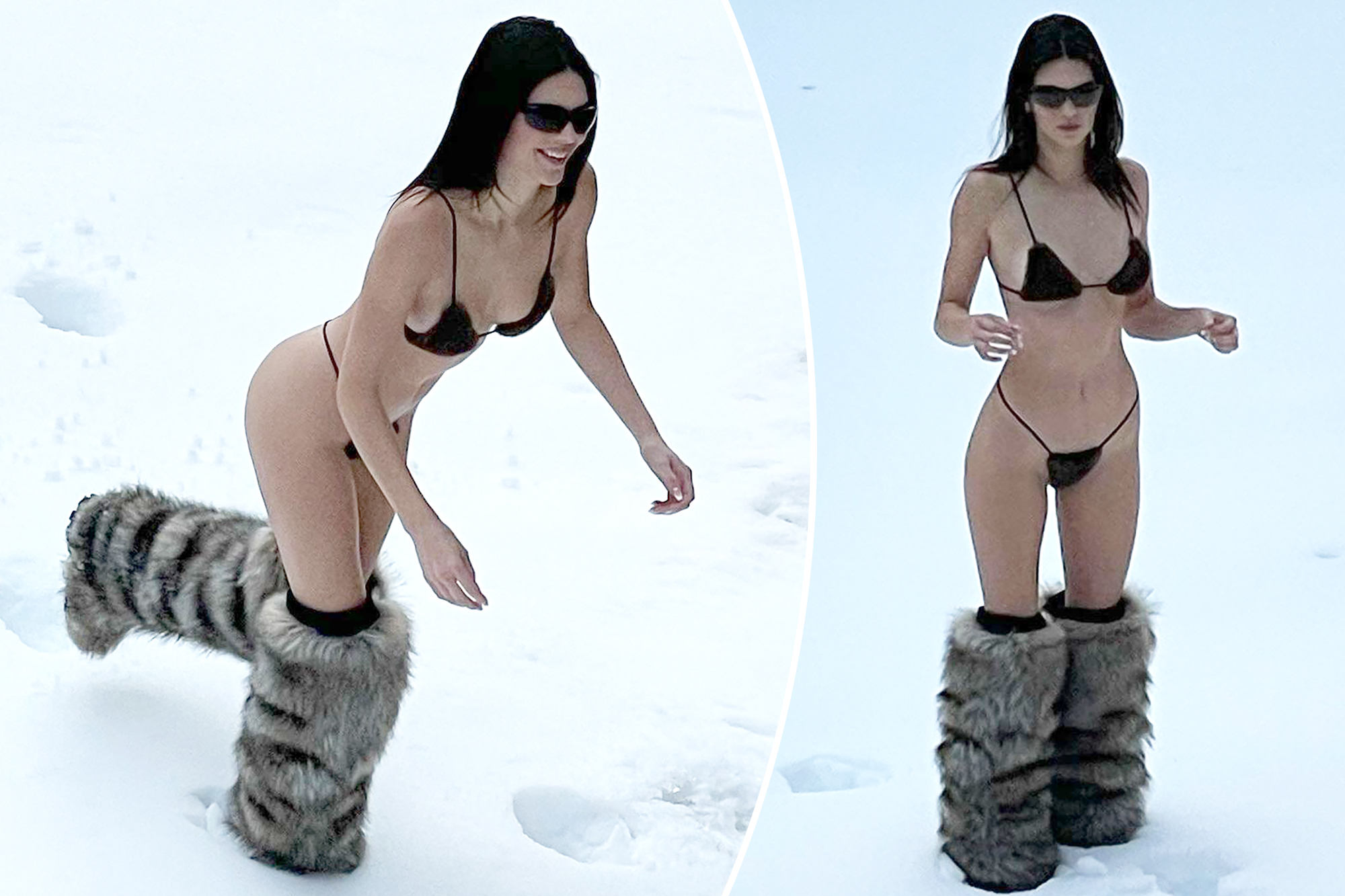 On Thursday the leggy model, 26, posted a trio of cheeky photos of herself clad only in a skimpy black bikini and furry boot while frolicking in the snow.

“Wim Hof said ice baths,” she wrote alongside them.

Wim Hof, 62, who is also known by the moniker The Iceman, is a Dutch motivational speaker and extreme athlete, famous for his ability to withstand frigid temperatures.

The reality star has been vacationing in Aspen and on Wednesday shared videos of herself snowboarding down a mountain.

Jenner has partaken in activities besides risking hypothermia, like dining at Aspen restaurant Little Nell and checking out an Andy Warhol exhibit at the local Art Museum.

So far she hasn’t posted any photos of boyfriend Devin Booker schussing on the snow.

The couple went Instagram-official on Valentine’s Day 2021 and the Phoenix Suns shooting guard, 25, gushed about his gal-pal on her birthday last November.

“Most beautiful woman,” he captioned a photo of himself with Jenner on his Instagram Story.

Jenner has been enjoying a holiday in Aspen.Instagram/ Kendall Jenner

Earlier this month the reality star found herself in hot water for wearing an extremely revealing Mônot black dress festooned with cutouts to her good friend Lauren Perez’s wedding reception.

Jenner was criticized on social media for being disrespectful and trying to upstage the bride but Perez was having none of it.

She chimed in, writing that she thought Jenner looked “stunning” and “loved the look,” to which the model herself added, “@laurenperez obvi asked for your approval in advance too.”

Hermès suing artist over Birkin bag NFTs
Gwyneth Paltrow’s Goop launches ‘Hands Off My Vagina’ candle
We use cookies on our website to give you the most relevant experience by remembering your preferences and repeat visits. By clicking “Accept All”, you consent to the use of ALL the cookies. However, you may visit "Cookie Settings" to provide a controlled consent.
Cookie SettingsAccept All
Manage consent