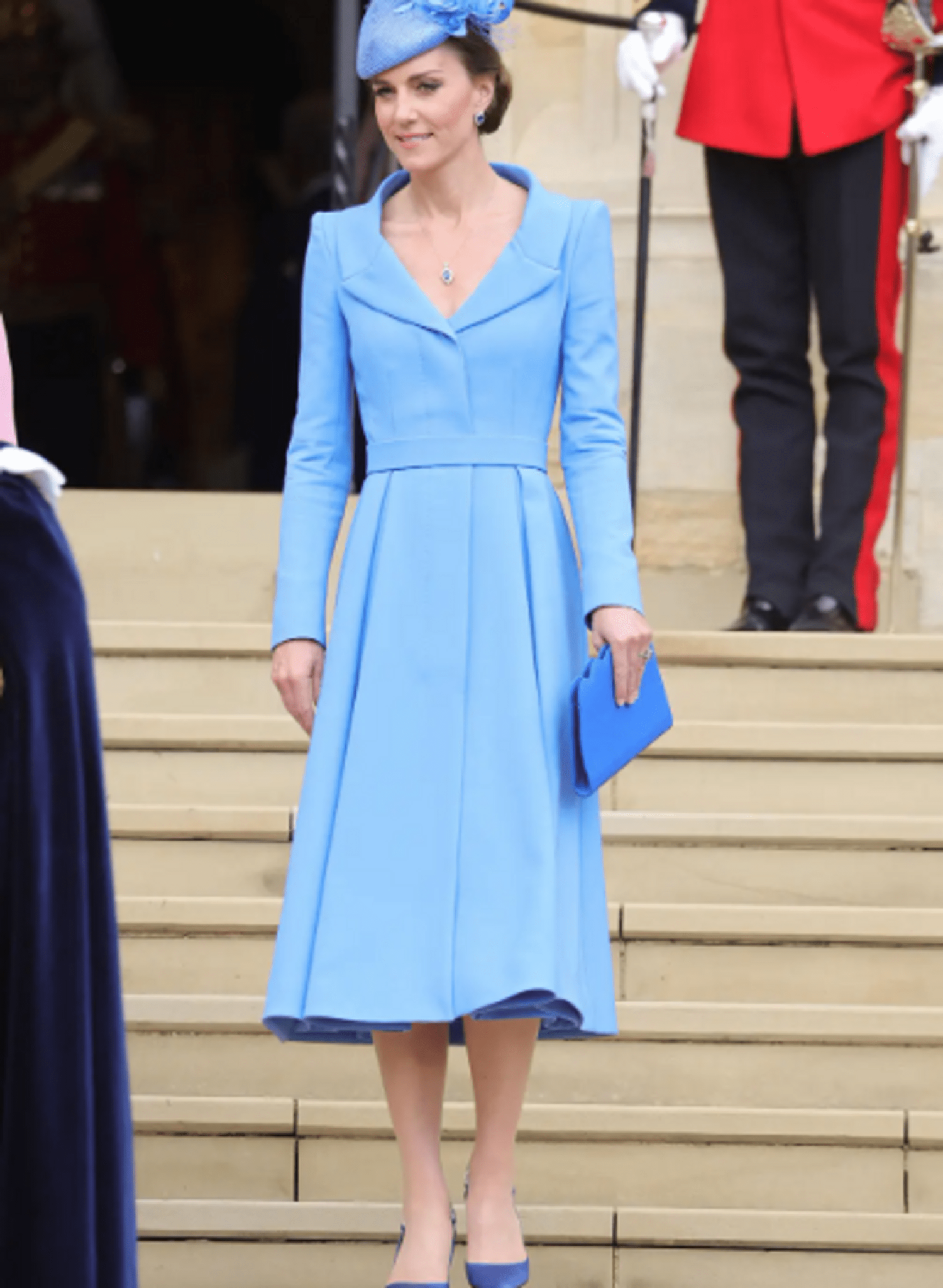 London edition The British press often writes about the so-called “Kate effect” the phenomenon of rapid sales of any things in which Middleton only appears in public. So, recently the famous British fashion designer Matthew Williamson admitted that one of the models of the dress he created was sold out in a matter of minutes immediately after the Duchess of the Cambridge came out in it. So now fans of “Like Kate” outfits have a new potential item to look for while shopping! In the chapel of St. George in Windsor Castle, the knighting ceremony of one of the oldest knightly orders in Great Britain, the order of the Garter, was held the day before. The guests of the solemn event were: Prince William , Prince Charles, and Camilla Parker-Bowles, as well as the Countess of Wessex Sophie. Kate Middleton also did not fail to go out with other royal family members. To do this, she chose a blue coat dress, which she complemented with a graceful Juliette Botterill hat, Aquazzura heeled shoes, a clutch, and G. Collins & Sons jewelry with tanzanites and diamonds. At one of these ceremonies of the Order of the Garter, Kate Middleton was officially introduced as Prince William’s girlfriend for the first time. Of course, it happened in 2008: her appearance at such an important event meant that she received the royal family’s approval. But that’s not the only reason this 2022 Order of the Garter ceremony is so important to the monarchy and royal fans. This year, Camilla Parker Bowles was made a member of the noble Order of the Garter in a solemn ceremony at Windsor Palace. We remind our readers that Queen Elizabeth II ordained Prince Charles’s wife as a member of the order in anticipation of her receiving an even higher title of Queen consort when Charles became king.

NYFW creator says Marilyn Monroe’s dress should’ve been in museum
Rebel Wilson stuns in vintage-inspired bikini set
We use cookies on our website to give you the most relevant experience by remembering your preferences and repeat visits. By clicking “Accept All”, you consent to the use of ALL the cookies. However, you may visit "Cookie Settings" to provide a controlled consent.
Cookie SettingsAccept All
Manage consent