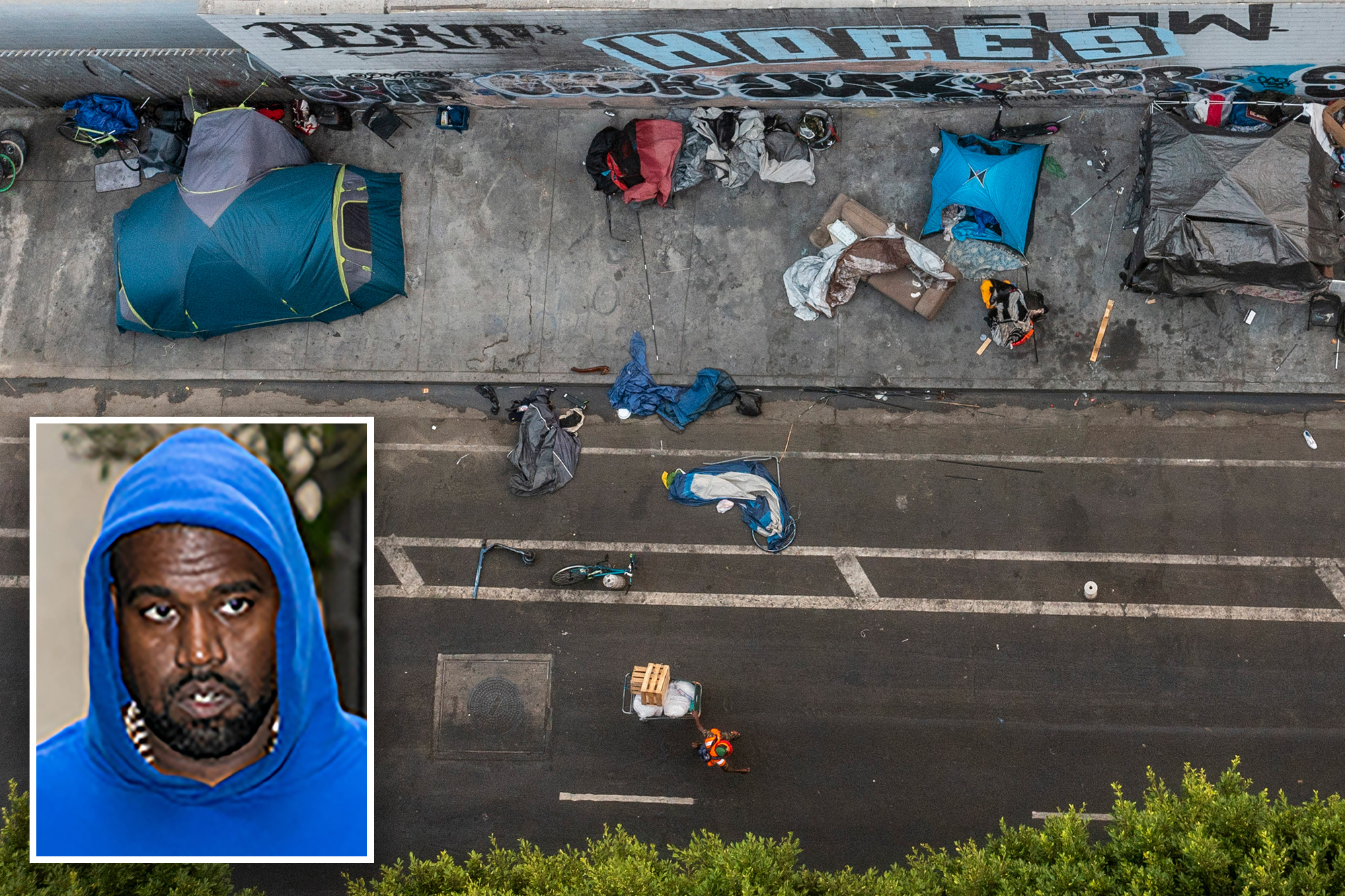 Although Kanye is all for helping the homeless — he isn’t planning on doing it through streetwear anytime soon.

Despite buzz claiming the “Jesus Walks” rapper has been scouting Skid Row for models to star in an upcoming collaborative clothing line and runway show with Skid Row Fashion Week apparel, reps connected to Ye, 44, tell The Post that no such project is underway.

“Ye has a deep and solution-oriented commitment to addressing issues surrounding homelessness,” a Yeezy GAP spokesperson exclusively told The Post. “But this reported event is not on our schedule at this time nor are we aware of any product collaboration in development.”

The production was to have been largely inspired by the inhabitants of Los Angeles’ neglected Skid Row.

Per reports from TMZ,  the “All of the Lights” lyricist was co-designing a homeless-influenced clothing line that would debut on Feb. 22. It was also alleged that Kanye and Sabastian were orchestrating a fashion show, during which the inhabitants of LA’s Skid Row would model the threads from their collab line. And following the debut, Ye was allegedly set to donate “100%” of his proceeds from the project to those in need.

But, alas, Skid Row couture is not in Ye’s immediate plans.

The rapper is, however, gearing up to drop a sequel to his highly acclaimed 2021 anthology “Donda,” according to his friend and former COO of his Good Music label Steven Victor.

“Listen, that’s coming sooner than you think,” Victor recently told Complex of a “Donda 2” release. “The procession is starting and it’s not stopping.”