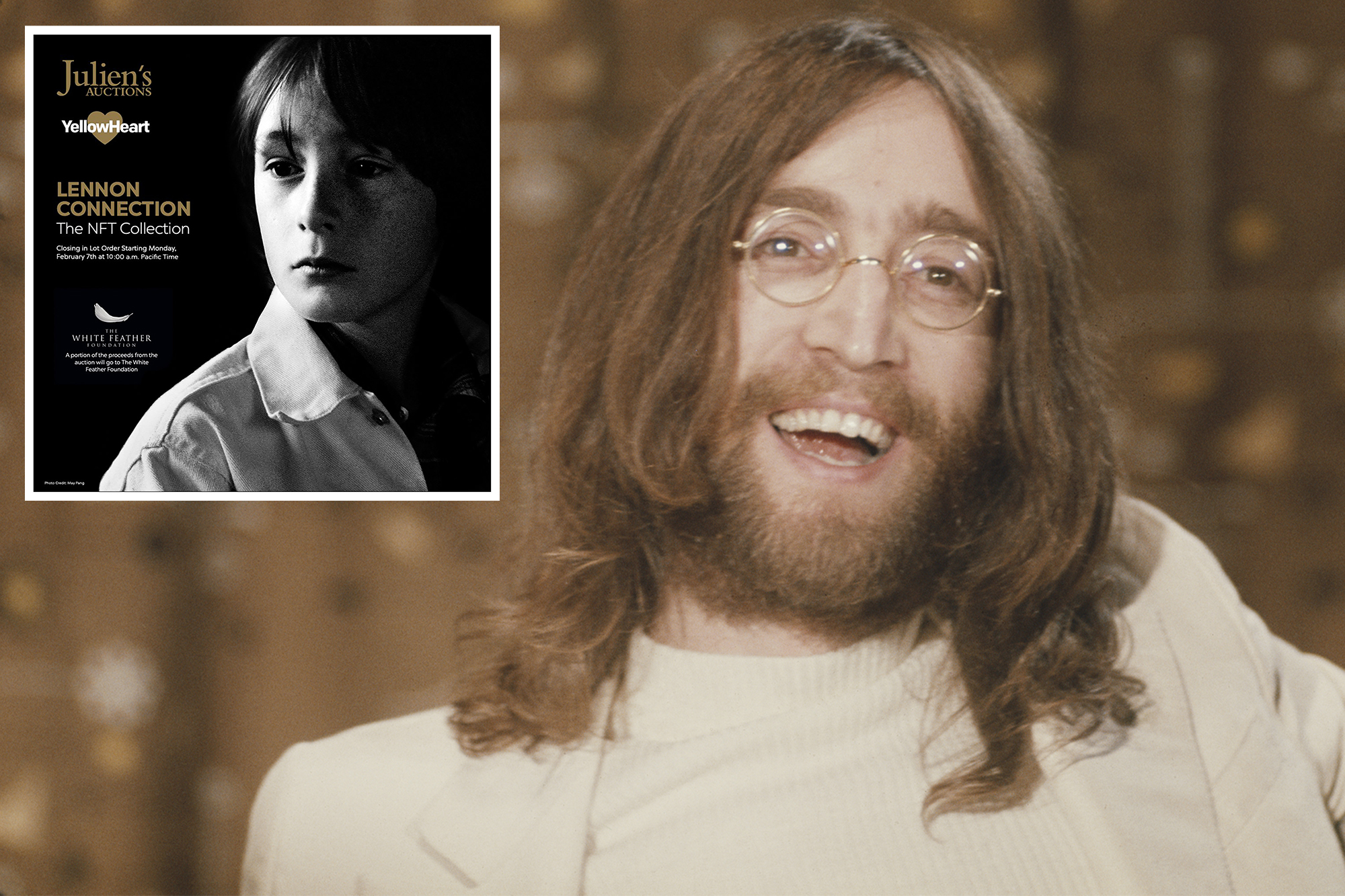 Julian Lennon has announced plans to sell off the digital rights to his Beatles memorabilia — with no intention of parting with the actual pieces.

Instead, the 58-year-old spawn of music icon John Lennon will sell his collection as non-fungible tokens (NFTs), containing images accompanied by Julian’s narration.

Julian thought the fundraiser would be “a unique way to continue Dad’s legacy,” he told Variety.

“I’ve been collecting these personal items for about 30 years, and I was getting a bit fed up with them being locked away in a vault, where I’ve had to keep them because I didn’t want them to get damaged,” he said.

Money raised during the auction, which closes Feb. 7, will benefit Julian’s White Feather Foundation, which supports a variety of environmental and humanitarian causes.

Experts expect the “Hey Jude” documents to bring in more than $60,000.

Written by McCartney, the song was originally titled “Hey Jules” as a letter to a young Julian to comfort him when John and his first wife, Cynthia — Julian’s mother — divorced.

An NFT of the black cape worn by John Lennon for the film “Help” is also being auctioned.Getty Images

“Hey, try and deal with this terrible thing,” McCartney had told the younger Lennon, he once said in an interview. “I knew it was not going to be easy for him [Julian]. I always feel sorry for kids in divorces.”

The song was released in 1968 and became the year’s biggest hit in the US and UK.

A musician in his own right, Julian has released seven albums during his career — with another reportedly on the way in 2022 under BMG. Meanwhile, his White Feather Foundation has been lauded for its work advancing children’s literacy. He’s also penned four children’s books with environmental themes.

Born in Liverpool to John and Cynthia — before the Beatle married artist Yoko Ono, who later gave birth to a half-brother, musician Sean Lennon — Julian has alluded to his fraught relationship with his father as one reason he hasn’t started a family. At times he has publicly blamed Ono for the demise of his childhood.

Written by McCartney, the song “Hey Jude” was originally titled “Hey Jules” as a letter to a young Julian to comfort him when John and his first wife, Cynthia — Julian’s mother — divorced.Popperfoto via Getty Images

Julian Lennon has released seven albums as a singer-songwriter, with an eighth reportedly on the way in 2022.Getty Images

“I wonder what it would have been like if he were alive today,” he wrote in a statement made on the 20th anniversary of his father’s death in 2000. “I guess it would have depended on whether he was ‘John Lennon’ (Dad) or ‘John Ono Lennon’ (manipulated lost soul).”

He added, “Although he was definitely afraid of fatherhood — the combination of that and his life with Yoko Ono led to the real breakdown of our relationship … “

Julian and Sean, born 12 years apart, have also publicly sparred over their father’s legacy in the past, though they have reportedly reconciled their differences in recent years.