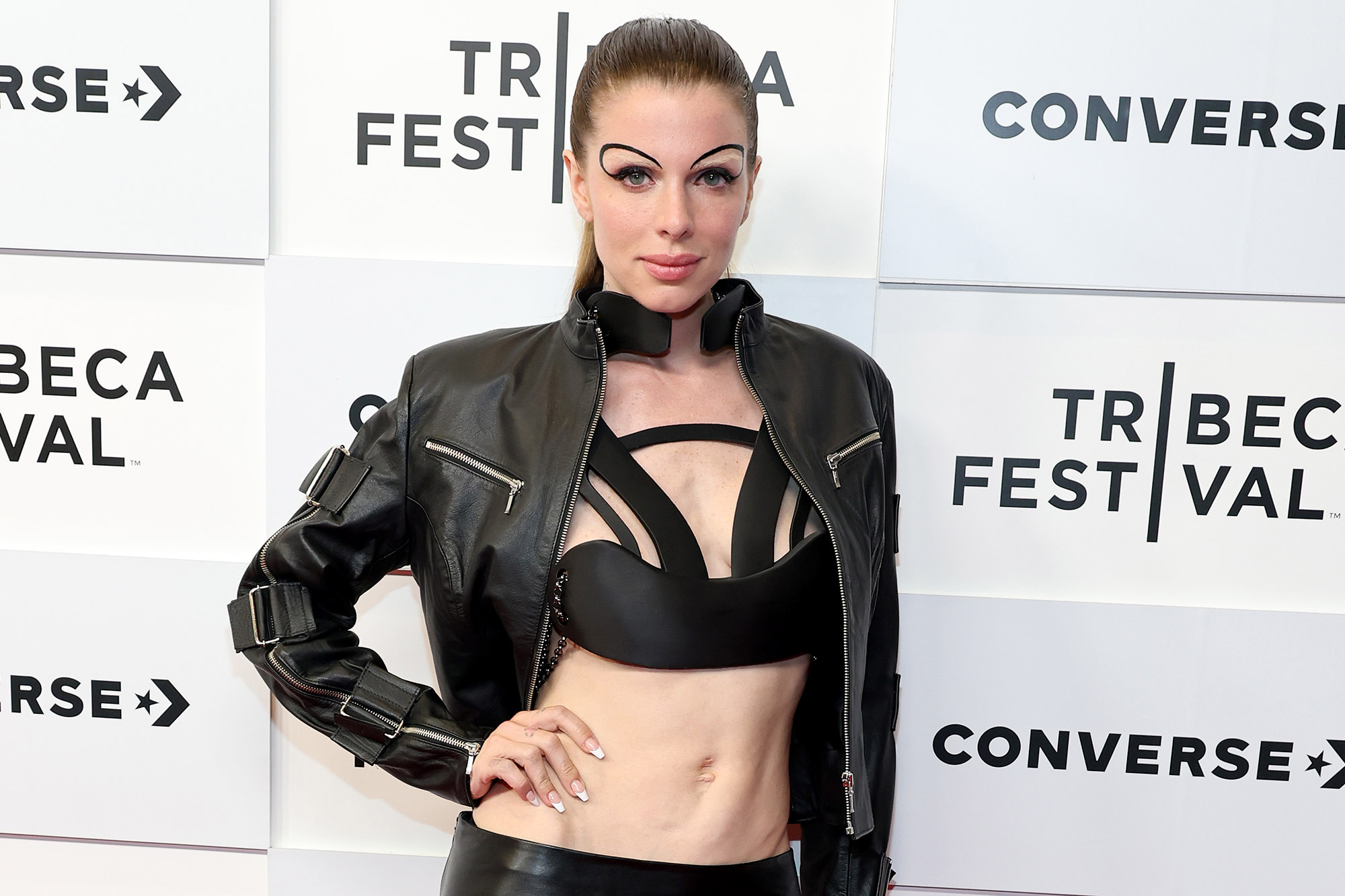 Why wear your heart on your sleeve when you could wear your face on your skirt?

“Uncut Gems” star Julia Fox poses topless in a midi skirt made out of Polaroid photos of herself in a new video for Vogue Czechoslovakia.

Fox, 32, uses two of the pictures to cover up on top, and when asked what she’s wearing, she cheekily quips, “Myself.” She rocks high heels and nothing but the selfie skirt in the sultry snaps.

In the Vogue video, Josh Safdie’s muse also poses in a gold draped fabric dress with pumped-up hair and a red gown. She’s seen looking through the photographs and therefore picking out her perfect outfit.

Commenters were quick to compare Fox’s cheeky “myself” comment to a now-viral TikTok video in which she explained that she did her signature smokey eye look (you guessed it) herself.

Fox, who split from Kanye West in February after his social media tirades, is infamous for her wild ensembles.

She stepped out in latex at Milan Fashion Week just like Kim Kardashian, touched tongues with Amelia Gray Hamlin with bleached eyebrows and went grocery shopping in underwear, denim boots and a pair of jeans as a purse.

Gabrielle Union, Dwyane Wade wear see-through Prada tanks
Shiloh Jolie-Pitt showed incredible choreography at a dance school in Los Angeles
We use cookies on our website to give you the most relevant experience by remembering your preferences and repeat visits. By clicking “Accept All”, you consent to the use of ALL the cookies. However, you may visit "Cookie Settings" to provide a controlled consent.
Cookie SettingsAccept All
Manage consent