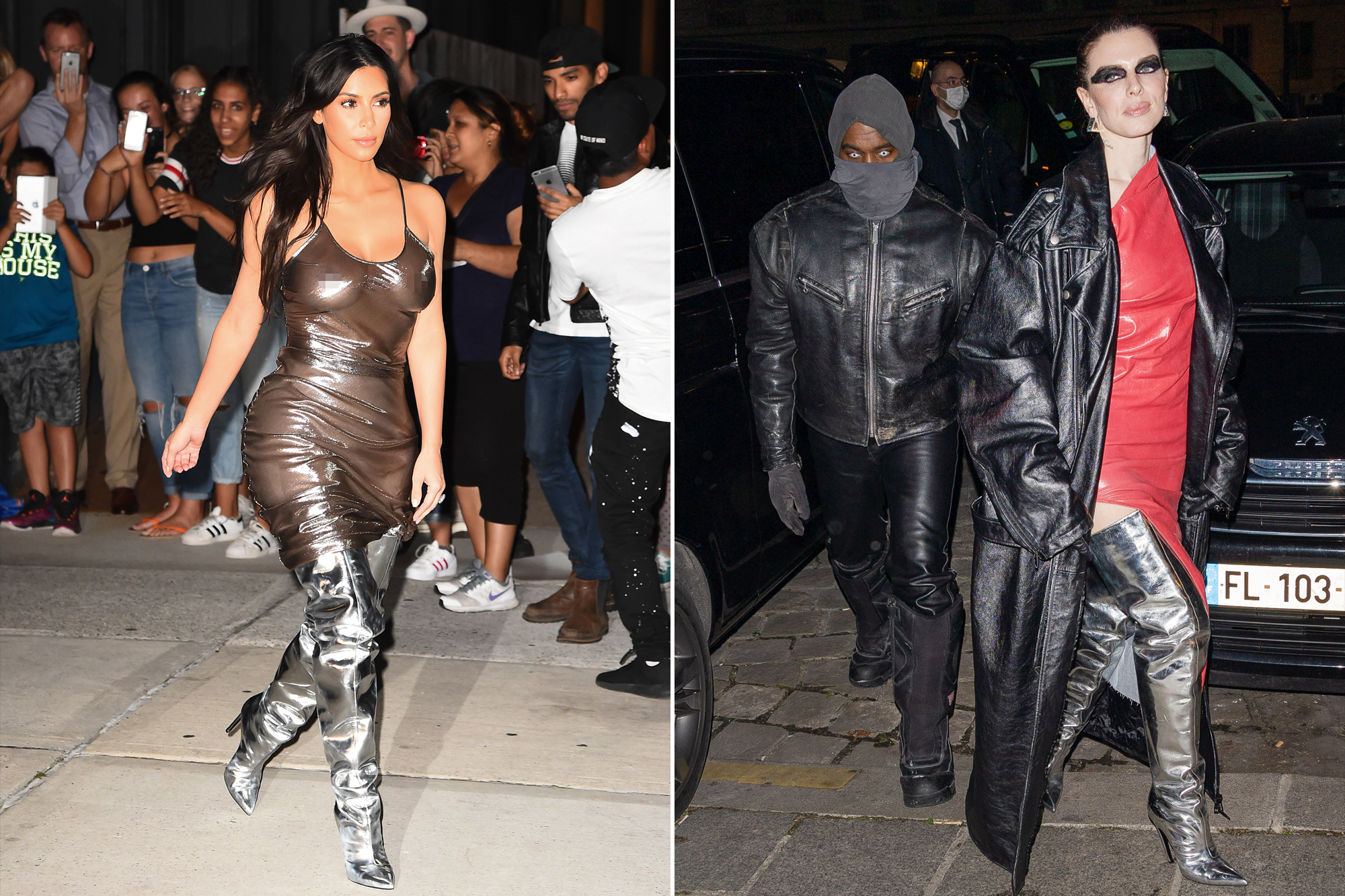 Talk about a mirror image.

Julia Fox stepped out for dinner with new beau Kanye West during Paris Fashion Week on Sunday night clad in some familiar-looking footwear.

The reality-TV bombshell, 41, wore the high-high style several times back in 2016, memorably styling her pair with a sheer, shimmery slip dress to see West, 44, perform at Madison Square Garden in NYC.

She even let the couple’s daughter, North, try on her eye-catching boots.

Kardashian made her Balenciaga boots part of a head-to-toe metallic moment in 2016.GC Images

Originally priced at $1,550, the gleaming heels can now fetch double that number on the resale market.

And they weren’t the only sartorial callback we spotted in Fox’s fashion-forward look; Kardashian also sported a similar one-shouldered Rick Owens outfit to the 2019 FGI Night Of Stars Gala with West, where the duo presented the designer, a close friend, with the Superstar Award on stage.

This time around, it was West and Fox who posed for photos with Owens and his wife, Michèle Lamy, while partying in the City of Light.

Just as the “Donda” rapper overhauled the Skims founder’s style when they got together, he’s started styling Fox in outfits that reflect his preferred aesthetic. So far at the Paris shows, the hot couple have matched in both denim duds and his-and-hers leather looks.

Kim Kardashian to Cardi B
Kanye West and Julia Fox match in leather at Paris Fashion Week
We use cookies on our website to give you the most relevant experience by remembering your preferences and repeat visits. By clicking “Accept All”, you consent to the use of ALL the cookies. However, you may visit "Cookie Settings" to provide a controlled consent.
Cookie SettingsAccept All
Manage consent