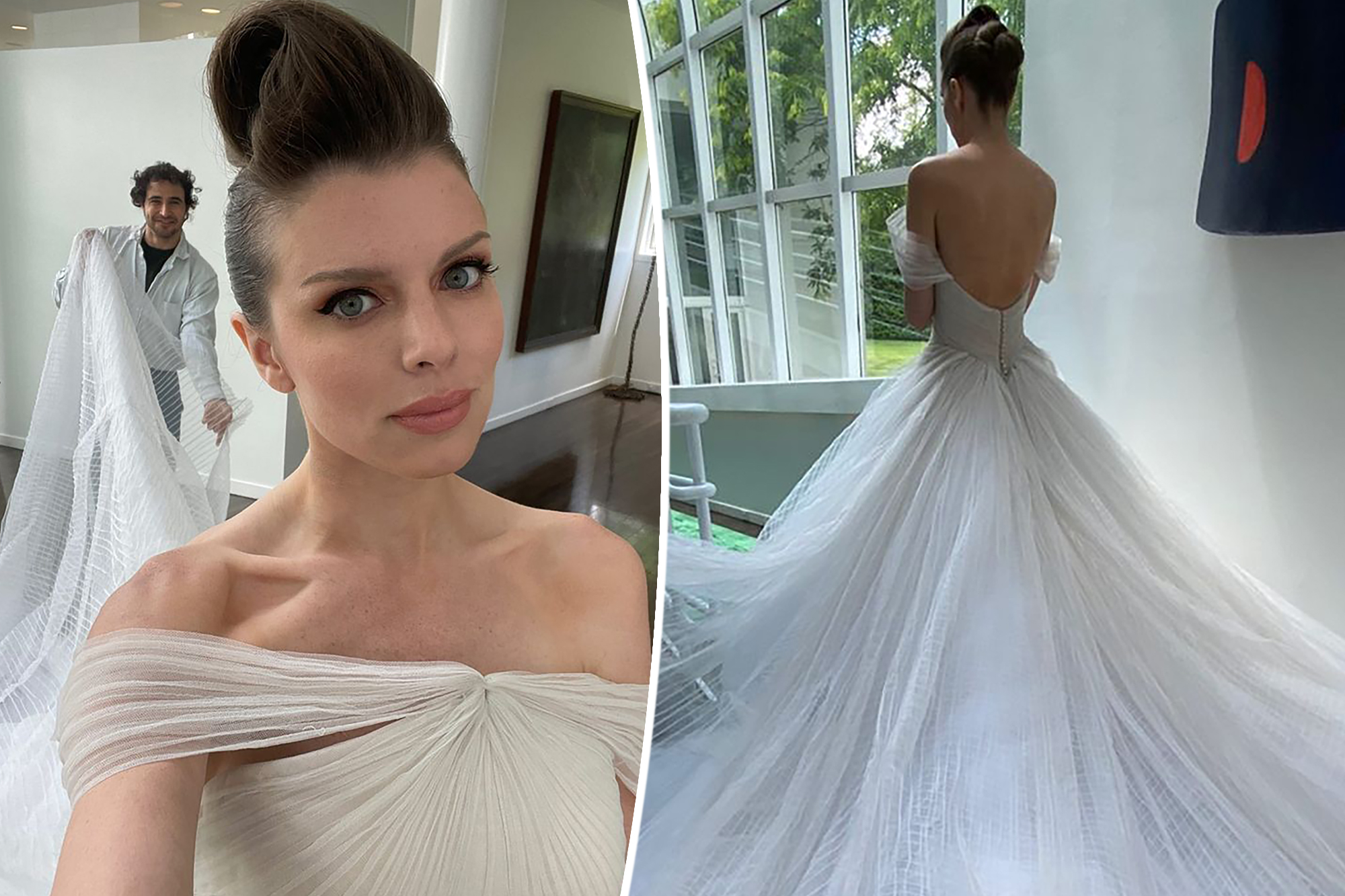 Is Julia Fox ready to walk down the aisle?

The “Uncut Gems” muse made her Instagram followers do a double take on Thursday, sharing snaps of herself modeling a beautiful white bridal gown at designer Zac Posen’s studio.

“@zacposen did the dress,” she captioned one selfie on her Stories, adding a bride emoji for good measure.

Posen shared the image on his own account, adding an engagement ring emoji and joking in all caps, “CATS OUTTA THE BAG.”

The designer — who made Katharine McPhee’s wedding gown and Princess Eugenie’s reception look — also posted a pic of the dramatic off-the-shoulder dress from behind, showing off the style’s low back and sweeping train.

But lest fans think Fox has rekindled her romance with Kanye West amid the rapper’s reported split from Chaney Jones, the actress actually picked the couture look to wear while promoting her new movie, “The Trainer.”

In a subsequent Stories post, Posen captioned a photo of Fox and co-star Vito Schnabel with the film’s hashtag, tagging both actors as well as “The Trainer” director Tony Kaye.

Fox appeared to be headed to her new movie’s premiere.zacposen/Instagram

While Fox is a master at making headlines with her outfit choices, her latest look is quite the sartorial departure; the star typically favors edgier fare in latex and leather, and has even been known to DIY her own daring duds.

Still, she’s become quite the designer darling in recent months, having made her runway debut during New York Fashion Week in February and sat front row at Versace’s show days later.

Perhaps borrowing bridal couture is a natural next step.

Posen brought the look out of his archives for the “Uncut Gems” star.zacposen/Instagram

Gal Gadot, Florence Pugh and more stars shine at Tiffany & Co. gala
I was ‘ushered to the attic’ to shop in my size
We use cookies on our website to give you the most relevant experience by remembering your preferences and repeat visits. By clicking “Accept All”, you consent to the use of ALL the cookies. However, you may visit "Cookie Settings" to provide a controlled consent.
Cookie SettingsAccept All
Manage consent