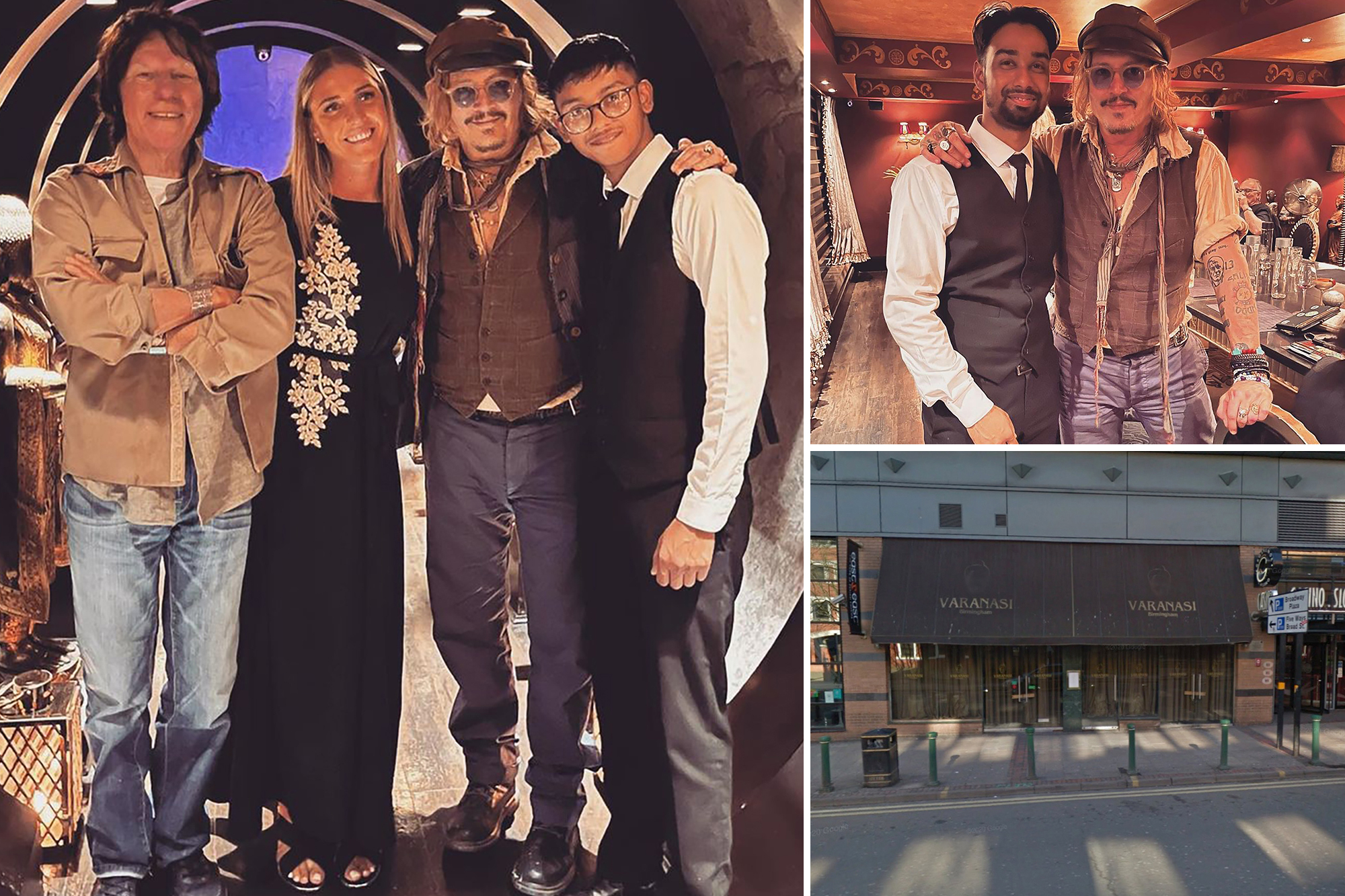 Those spices came with luxury prices.

Johnny Depp shelled out more than $62,000 (£50,000) for a special celebratory curry dinner with his pals on Sunday evening in Birmingham, England.

Depp, 58, indulged in a feast of “authentic Indian cuisine,” cocktails and Rosé Champagne at the Varanasi restaurant serving “heavenly recipes and soothing ambience,” according to its official website.

The actor — declared a “down to earth bloke” by restaurant staff — famously scored a big victory last Wednesday when he was award a $10.35 million judgement in his brutal defamation trial against his ex-wife Amber Heard, 36.

The “Edward Scissorhands” star was hanging out with his musician friend-collaborator Jeff Beck, 77, and 20 other people in their party at what’s billed as “Birmingham’s largest Indian restaurant covering 20,000 square feet.”

Depp has been staying in the United Kingdom to join Beck on his tour. He even appeared on stage at several of the guitarist’s shows, including one at London’s Royal Albert Hall late last month.

The father of two traveled to Birmingham to perform with Beck on stage for his show in the city’s Symphony Hall. Depp and his entourage had arrived to the trendy eatery by 7 pm and posed for photos with fans, the Daily Mail reported.

The A-lister and his friends munched on dishes such as curry, cheesecake, butter chicken and shish kebabs. Varanasi restaurant staffers declared Depp a “very lovely, down to earth bloke.”Varanasi Birmingham

The restaurant was closed so Depp and his friends could eat in private and they left around midnight.

Mohammed Hussain, Operations Director of Varanasi told the outlet: “We had a call out of the blue on Sunday afternoon saying that Johnny Depp wanted to come to eat with a group of people.”

“I was shocked and at first, I thought it might have been a wind up. But then his security team arrived, checked out the restaurant and we let them have the whole place because we were concerned that he might be bothered by other diners,” he continued.

Hussain described that the chefs prepared a feast for the “Pirates of the Caribbean” star that included delicacies such as shish kebabs, chicken tikka, paneer tikka masala, lamb karahi and tandoori king prawns.

The “Pirates of the Caribbean” actor, seen here with musician Jeff Beck, far left, spent over $62,000 for a night out on the town with his pals.Varanasi Birmingham

The executive also shed some light on the evening, noting that Depp was a “very lovely, down to earth bloke.”

“[He] spent a lot of time speaking with the staff, our friends and family and was happy to pose for pictures with them. You would never have thought that he was such a big star. He had a lot of time for us all,” Hussain gushed.

Hussain also stated that he promised he wouldn’t revealed the full bill total, but said that “money was no issue, and it was easily in five figures.”

He added, “We made more money from Depp’s visit than we did from our busiest night of the week, which is a Saturday when we have around 400 diners.” The feast ended with simple cheesecake and panna cotta for dessert.

Hussain then recalled the most surprising moment of the night, when Depp “wanted a little break from everybody” for about 20 minutes and sat with him in his office.

Hussain said that the A-lister wanted to people-watch on CCTV in his office and was interested in how the cameras worked.

He explained that he didn’t ask the Kentucky native about the court case. “It was just a nice conversation with a very humble man. I’m still pinching myself because I never dreamt that Johnny Depp would be in my office having a chat about how the CCTV in the restaurant works,” Hussain said. “It was a real honor to have him here.”

Prince George is spitting image of Princess Diana’s brother: royal watchers
‘First Kill’ star Imani Lewis on the Netflix lesbian vampire show
We use cookies on our website to give you the most relevant experience by remembering your preferences and repeat visits. By clicking “Accept All”, you consent to the use of ALL the cookies. However, you may visit "Cookie Settings" to provide a controlled consent.
Cookie SettingsAccept All
Manage consent