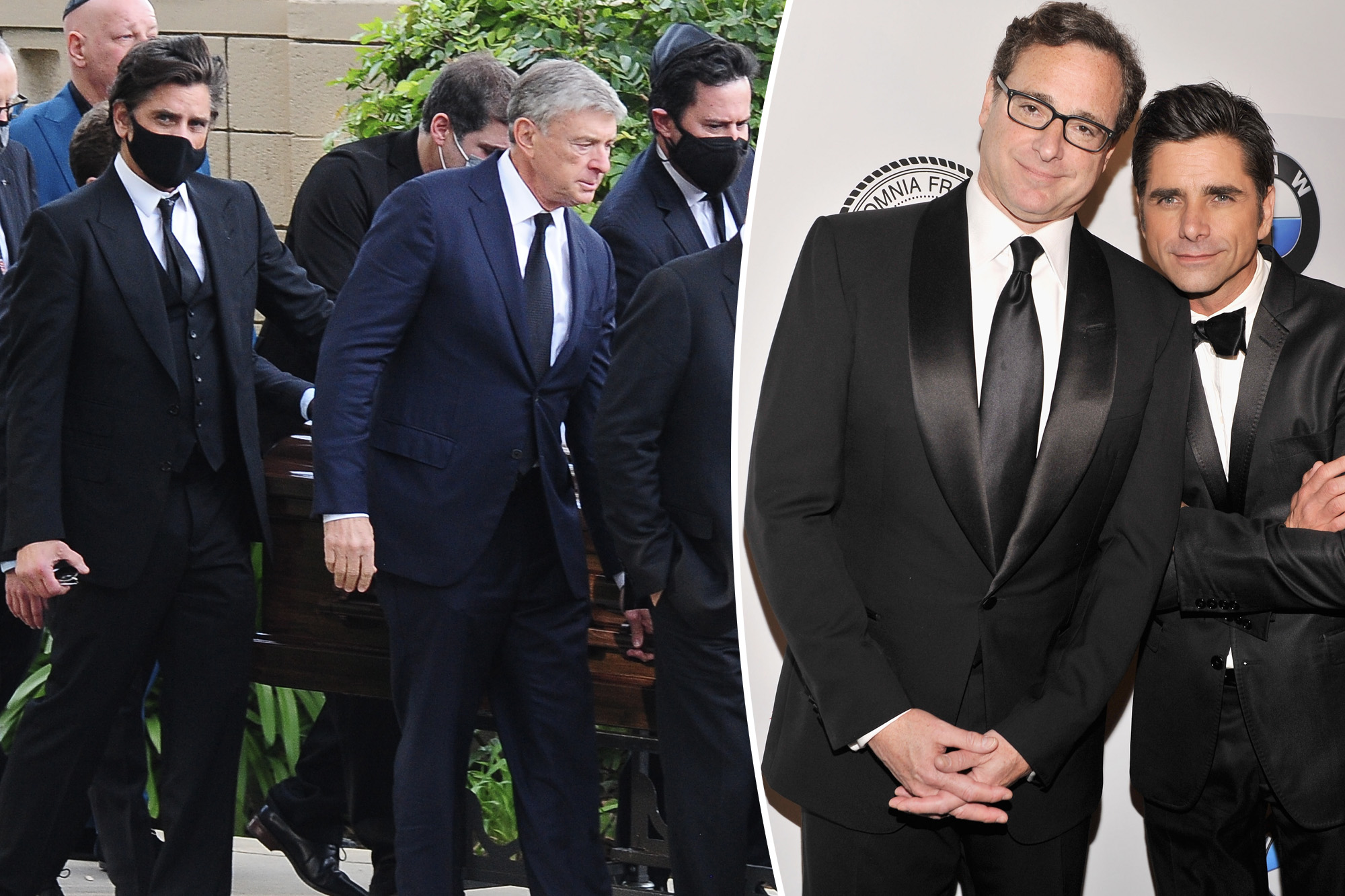 John Stamos has shared the touching eulogy he delivered last week at the funeral of his “lifeline” and former “Full House” co-star Bob Saget.

Stamos, 58, published the tribute in the Los Angeles Times (via People), where he shared that one of the great honors of his life was “being associated with [Saget] at this moment in time.”

He reminisced about their time on the set of their sitcom, saying that they initially had very different styles of acting.

“It didn’t take long for us to meet in the middle and to respect each other professionally and creatively as the years went by,” Stamos explained.

He also said that Saget was there for him through the toughest of times.

“When things came crashing down, the last person on Earth I ever imagined would be my rock became just that,” he shared. “When I lost my parents, Bob was there for me like no other. He told dirty jokes and talked about himself as he hosted my dad’s funeral. He was there through divorces, deaths, despair and dark days. He was there through love, marriage, a child and bright times. He was my lifeline.”

Stamos remembered Saget as someone with a big heart and an irrepressible sense of humor.

“He loved hard and deep. (Cue Bob to make a joke out of ‘hard and deep.’) He would do that during tragedies and honestly, it would piss me off sometimes,” he confessed. “That’s how he got through the darkness, and sadly he had a lot of it in his life. Now that I’m dealing with him dying, I sort of get it.”

Stamos shared that he was touched by the outpouring of love Saget received after he passed away. London Entertainment / SplashNew

“The worldwide ocean of love for him has been unbelievable,” he said. “Though it’s been hard for me to look at the tributes, stories, magazine covers, millions of social media posts, I feel everyone out there is getting it right, saying the perfect thing, remembering Bob in these remarkable ways.”

Stamos said that when he heard Saget had died he “broke.”

“I was shattered and felt worthless to help anyone else,” he said. “But my supportive wife picked me up, threw me in the car and drove to Bob and Kelly’s house. That’s what Bob would have done if it were the other way around.”

He even referenced Mary-Kate and Ashley Olsen’s famous “How rude!” line from “Full House,” explaining that, looking for a sign that Saget was ok, he saw a hummingbird, which he believed was his late mother.

“She assured me Bob was OK and to stop looking for goofy signs. (How rude!) Then she flew up and away,” he said. “I want signs from Bob, damn it! I want to be haunted by him! The void is maddening!”

But, Stamos said he realized, “I don’t need Bob in some other realm. He’s in the lessons I teach my son and the hilarious dirty stories that my wife and I will laugh at for the rest of our lives,” he said.

“Hell, I can Google him to life and hear him any time, night or day. And now I can pause or fast forward him, which would have been incredible a few times while he was alive,” he cracked.

Stamos was seen getting emotional at the funeral.REEL / MEGA

“I’ve spent days refusing to let him go. But now I’m starting to realize I don’t have to. I don’t have to say goodbye because he’s never leaving my heart. And I will continue to talk to him every day and let him know what he means to me.”

Stamos finished his speech by saying that he would never have a friend like Saget and that he will always be his best friend and guardian angel, joking, “A guardian angel with the dirtiest mouth and a heart as big and benevolent as forever.”

Stamos delivered the heart-wrenching speech when Saget was laid to rest last week in Los Angeles following his untimely death.

The actor was found dead on Jan. 9 in his hotel room at the Ritz-Carlton in Orlando, Fla. He was 65.

Stamos and Saget played best friends Jesse Katsopolis and Danny Tanner on “Full House” from 1987 to 1995. They reprised their roles for Netflix’s reboot of the franchise, “Fuller House,” which ran for four years and ended in 2020.