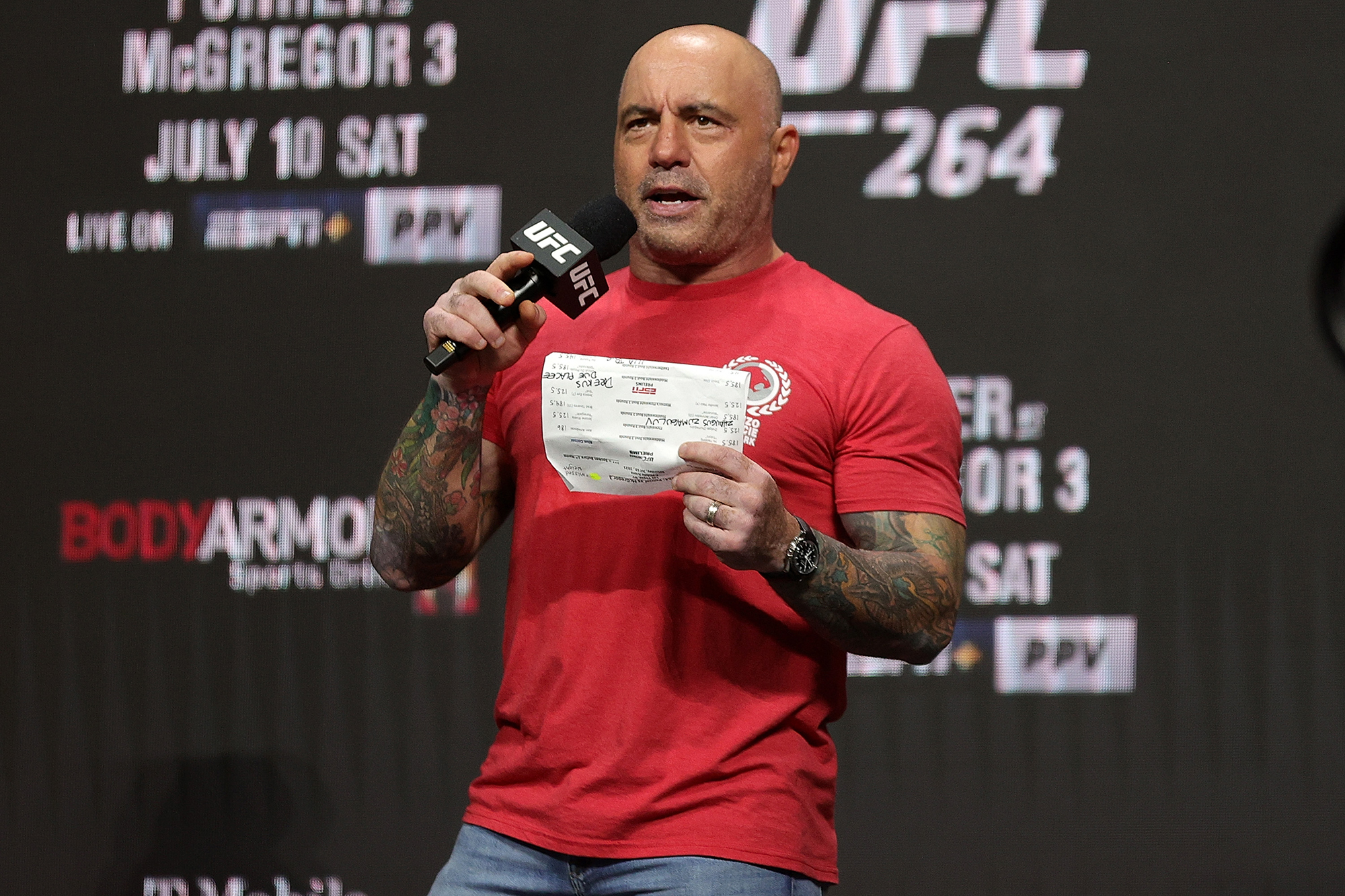 Joe Rogan won’t let anyone bring him down.

The controversial podcast host, 54, returned to Spotify after a week-long absence of new episodes on Friday.

He gave his first interview after a parade of singers boycotted the music streamer because of his COVID-19 “misinformation” and anti-vaccine statements.

Rogan — alongside returning guest Andy Stumpf, a retired Navy SEAL — addressed his break from Spotify, saying, “I put out a video a couple days ago; other than that, not much I can do.”

He continued, “When you’re hearing it from people who are losing the information attention game — people like CNN — when they’re calling for other networks or shows to be censored or limited, it’s like, ‘Just do better.’”

However, Rogan continued to spew controversial content in his first show back. He stated that lockdowns “don’t stop the spread” of the coronavirus and declared that Montreal has a “wild” 10 p.m. curfew.

He continued, “It’s been pretty clear up until this point that all these lockdowns don’t work. They don’t stop the spread.”

Stumpf delved further, asking whether the New Jersey native has considered having somebody on his show as a counterpoint to Rogan’s previous remarks about COVID-19.

“There’s quite a few of these guys that are highly educated doctors with different perspectives [who could be future guests], but they’re more fact-based than narrative-based,” Rogan responded.

In an Instagram video posted on Jan. 31, Rogan apologized for prior comments that ruffled, saying: “If I p—ed you off, I’m sorry.”

“I’m not trying to promote misinformation. I’m not trying to be controversial,” he insisted. “I’ve never tried to do anything with this podcast other than just talk to people and have interesting conversations.”

Musicians including Neil Young and Joni Mitchell have quit Spotify due to Rogan’s presence.

Rogan has been accused of spreading fake information about COVID vaccines.NBCU Photo Bank/NBCUniversal via Getty Images

“I know some of you feel disappointed, or angry, or even hurt, by some of this content and the fact that it remains on our platform,” Ek told staffers in a 15-minute speech at a town hall Wednesday, according to audio obtained by The Verge.

“There are many things that Joe Rogan says that I strongly disagree with and find very offensive. “However,] he is the number one podcaster in the world by a wide margin,” Ek continued.

“If you want even a shot at achieving our bold ambitions, it will mean having content on Spotify that many of us may not be proud to be associated with,” he added.