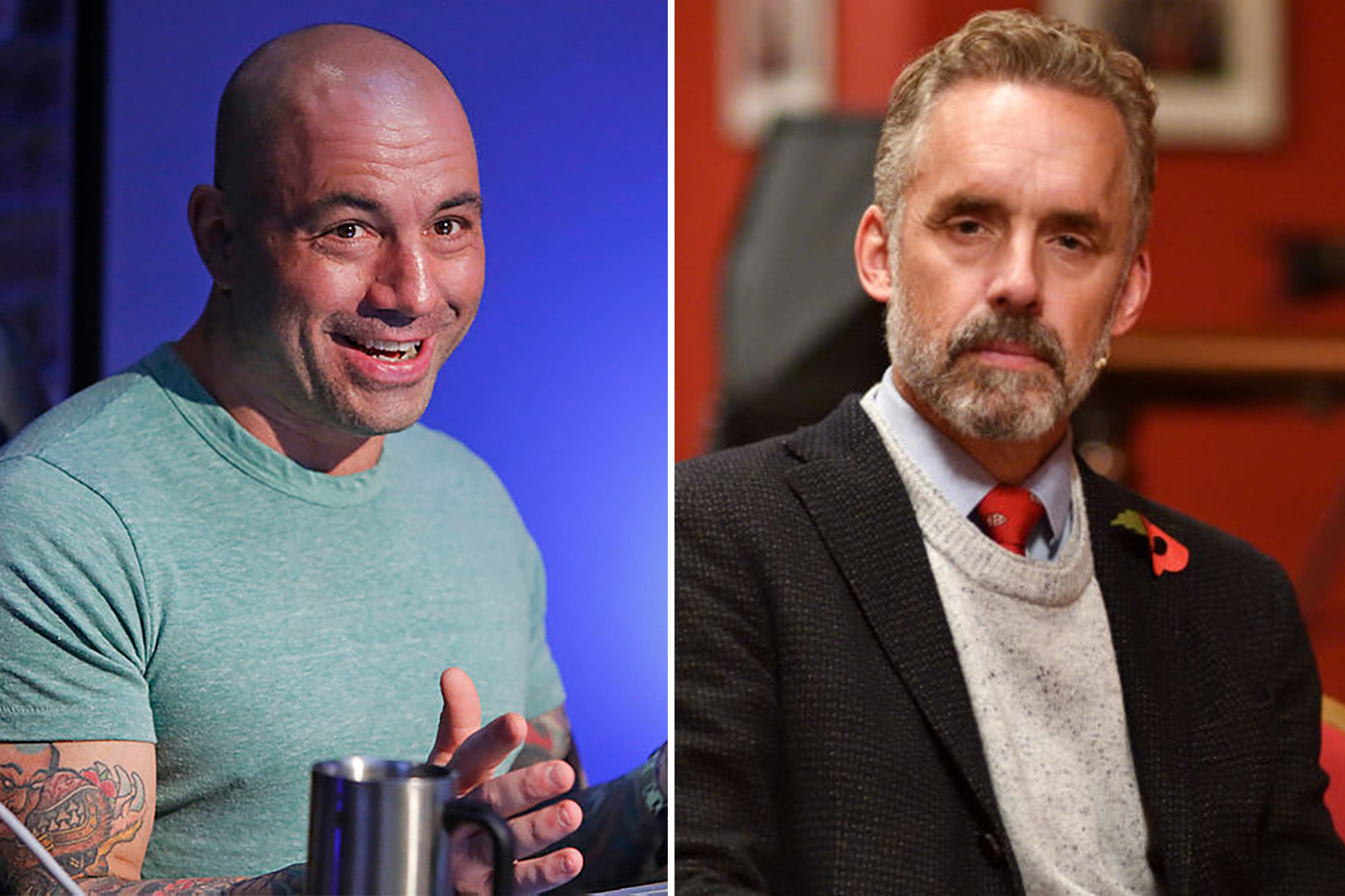 Canadian clinical psychologist Jordan Peterson has claimed that being transgender is a result of a “contagion” and similar to “satanic ritual abuse” on Joe Rogan’s podcast.

The controversial host appeared to endorse Peterson’s theory when he suggested that acceptance of the trans community is a sign of “civilizations collapsing” during the Jan. 25 episode of Spotify’s “The Joe Rogan Experience.”

Critics are now, once again, calling out the podcast host for having “peddled harmful anti-trans rhetoric.”

Rogan, 54, implored the controversial pundit and author to share his thoughts on what made an individual trans.

Peterson, 59, described it as a condition of a “sociological contagion,” comparing it to “the satanic ritual abuse accusations that emerged in day cares in the 1980s.”

The former University of Toronto psychology professor also used his time on Rogan’s popular platform to oppose Canadian federal Bill C-16, which amended the country’s human rights protections to also cover trans and nonbinary citizens. Instead, the former academic made the unsubstantiated claim that opening the boundaries of “sex categories” would “fatally confuse thousands of young girls.”

Jordan Peterson was a psychology professor at the University of Toronto until he resigned in 2021.Getty Images

Rogan then referred back to his conversation with British columnist Douglas Murray of the Spectator in September, in which the writer said that trans issues “will be seen to be a late-empire, a bad sign of things falling apart.”

“He had an amazing point about civilizations collapsing, and that when they start collapsing, they become obsessed with gender. And he was saying that you could trace it back to the ancient Romans, the Greeks,” said Rogan.

He continued, “I think probably it’s not so much an obsession with gender, it’s a disintegration of categories as a precursor — like so it’s a marker for — if categories just dissolve, especially fundamental ones, the culture is dissolving because the culture is a structure of category.”

Rogan concluded by drawing connections to Christian scripture. “So, in fact, culture is a structure of category that we all share, so we see things the same way … not exactly the same way, because then we would have nothing to talk about, but roughly speaking, we have a bedrock of agreement. That’s the Bible, by the way.”

Watchdog group Media Matters has since spoken out about Rogan’s recent broadcast.

“This bizarre theory has been an ongoing fixation for Rogan,” Media Matters continued, and listed four additional episodes in which the host raised the subject.

Such views have landed Rogan in hot water with his host Spotify, who took arrows in support of the entertainer’s freedom of speech as their own staff roiled over his “transphobic” comments.

While Rogan has espoused controversial ideologies regarding the LGBTQIA+ community for years now, his controversy du jour has been his COVID-19 denial. Rogan was recently referred to as a “menace to public health” by one doctor, who co-signed an open letter alongside hundreds of other health-care experts decrying the “dangerous” podcaster last week. Rogan, they pointed out, enjoys an audience of some 11 million listeners.

“Mass-misinformation events of this scale have extraordinarily dangerous ramifications,” they wrote in their letter.