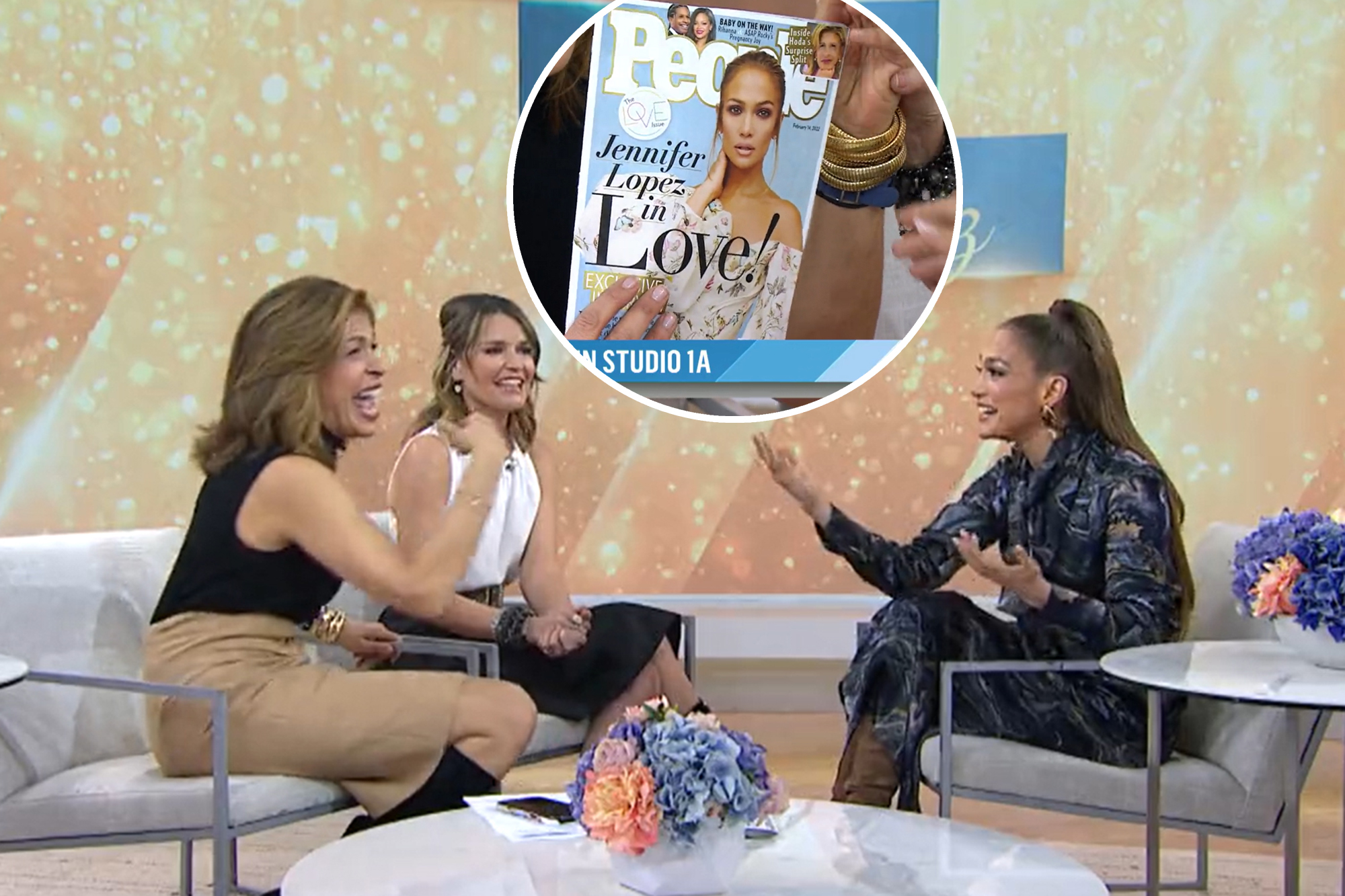 Jennifer Lopez jokingly mocked Hoda Kotb for avoiding the topic of her broken engagement after the “Today” host spent minutes trying to probe into the singer’s relationship with Ben Affleck.

Kotb — who announced her split from Joel Schiffman earlier this week — held up a magazine cover of Lopez during their “Today” interview on Thursday while strategically covering up news about her own relationship woes in the corner.

Jennifer Lopez called out Hoda Kotb for hiding a story about her personal life after trying to dig into the singer’s relationship.NBC

“You look beautiful on People [magazine]. Let me just block out this corner,” Kotb said, covering part of the cover with her hand.

“Why you trying to block out the corner? You don’t want to talk about your personal stuff? Is that what it is, Hoda?” Lopez, 52, laughed as she grabbed the magazine from the host.

Minutes earlier, the NBC hosts were digging for scoop on Lopez’s high-profile love life with Affleck before Guthrie finally said, “I feel like we’re talking around it,” and asked how the “Marry Me” star reunited with her ex-fiancé.

“We can talk about that backstage if you really want to know,” Lopez — who rekindled her romance with Affleck in April 2021 — said. “I think what we learned from the last time is that love, when you are lucky enough to find it, is so sacred and special and you have to hold a little bit of that privately, and that’s what we’ve learned. But we’re very happy, if that’s what you’re wondering about.”

And while Lopez and Affleck are still blissfully enjoying their romance following her sudden split from Alex Rodriguez, Kotb announced her split from Schiffman on Monday after eight years.

“I feel really brave in this moment, I really do,” she said. “Joel and I have had a lot of prayerful and meaningful conversations over the holidays.”

Kotb announced on Monday that she and Schiffman ended their engagement.Getty Images for Time

“We decided that we’re better as friends and parents than we are as an engaged couple, so we decided we are going to start this new year … on our new path as loving parents to our adorable, delightful children, and as friends.”