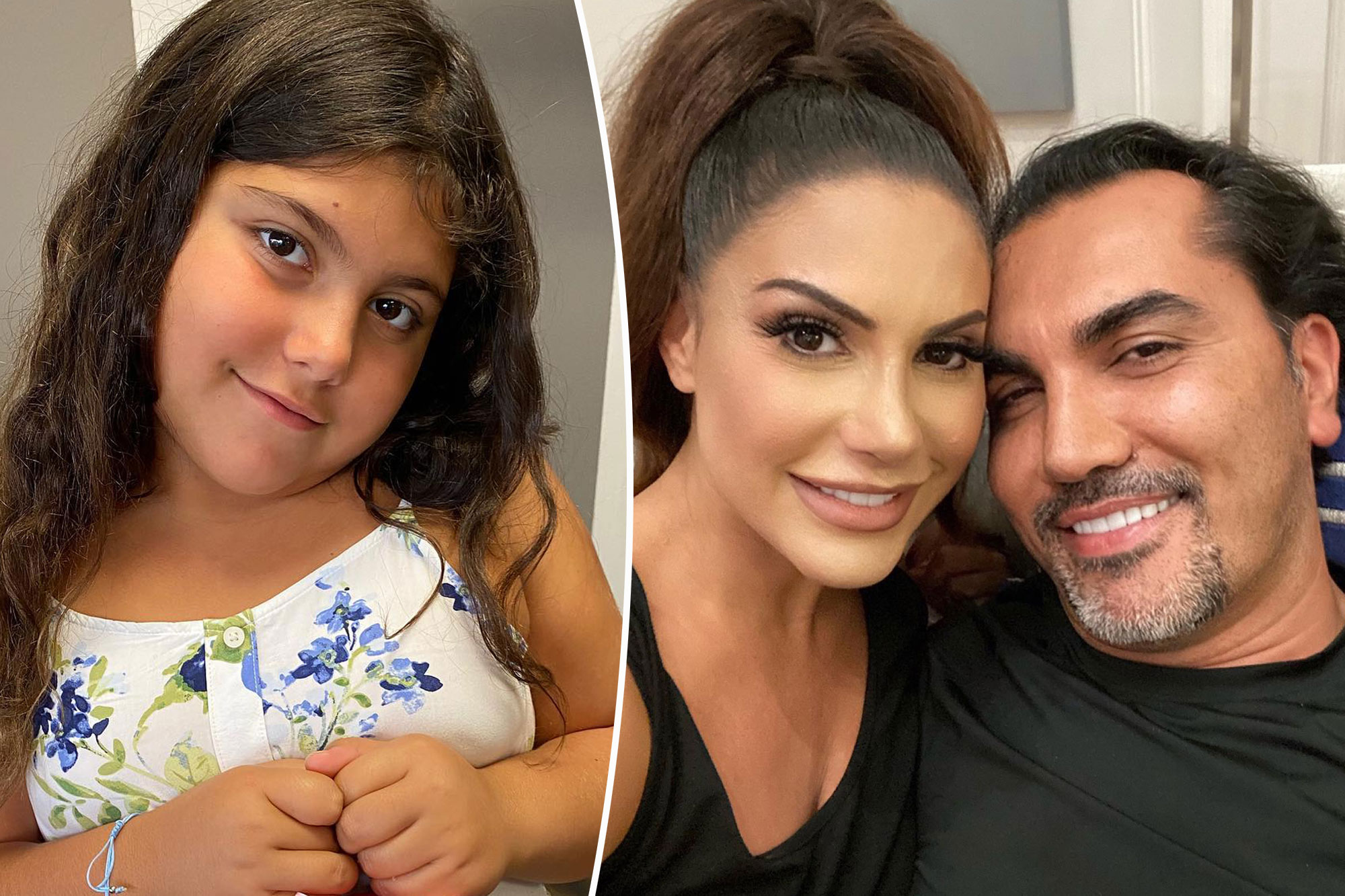 Jennifer Aydin never thought she’d tell her kids their father, Dr. Bill Aydin, cheated on her 10 years ago — but that changed when “The Real Housewives of New Jersey” Season 12 went into production last summer.

In an exclusive interview with Page Six, the Bravolebrity, 44, reveals the heartbreaking moment the couple’s 9-year-old daughter, Olivia, discovered the plastic surgeon’s affair via TikTok, as cameras started rolling.

“We had a blogger leak this awful storyline and somebody made a TikTok on it,” she recounts.

“My sweet little Olivia — who threw a beautiful anniversary party for us [on ‘RHONJ’ Season 11] to show how her parents are still in love — saw a TikTok that said ‘the big secret.’”

Jennifer says that Olivia proudly defended her mom and dad in the comments section of the post, writing, “This is my mommy and daddy and this is not true!”

It wasn’t long before the Aydins’ youngest child told Jennifer about the valiant effort to protect her parents.

“She came to me to show me her comment and said, ‘Look mommy, I’m defending you from all of these lies,’” Jennifer says sadly.

She quickly asked Olivia to delete the comment, as it ultimately was untrue: Bill, 43, stepped out on his wife with a pharmaceutical rep while she was pregnant with their fourth child, son Christian, now 10.

“I said, ‘It’s for the show and it’s not good if we release things, so maybe we shouldn’t draw attention.’ I had her take it down that way,” recalls Jennifer, who took a beat before sharing more details with her little girl.

“I sat her down and I kept my composure because I realized [my kids] will react to however Mommy’s acting,” she says. “I put on a brave face and said, ‘Listen, Daddy did a bad thing. But that doesn’t mean that he’s a bad person. And when we love people, we forgive them when they make mistakes. And I’ve forgiven him and I’m OK.’ She wasn’t upset because I wasn’t upset.”

Jennifer and Bill have since discussed the matter with their entire brood — also including son Justin, 17, daughter Gabriella, 14, and son Jacob, 12 — who each processed the news differently.

“My husband told Justin. I was in the room, and Justin kind of was almost irritated, like, ‘I don’t ever want to talk about this ever again.’ He’s not watching this season. My Gabriella, she was more crushed. She felt very betrayed and was angry for a bit but we got through that. And my two [younger] boys, they’re neither here or there,” the mother of five says.

“And Olivia, now that she sees that Mommy’s OK with it, she’ll be like, ‘Mommy, do they know about “the secret,” too?’ And I’ll say, ‘Yeah, but it’s not a secret anymore and we’re OK with talking about it. And she’ll say, ‘Oh yeah, that’s right,’” she elaborates. “So remember, children will learn by example. As long as I’m cool and not breaking down, I think they’ll be OK.”

Bill’s tryst came to light after Margaret Josephs brought it up at Teresa Giudice’s pool party that aired on Tuesday night’s premiere episode. How her co-star and noted frenemy found out, Jennifer may never know as she had always planned to keep her sole “skeleton” tucked neatly in the back of her designer closet.

“You do not want Margaret to be your enemy. She is a digger and she could find out things. She’s got a big Rolodex of people in her friend group. I wouldn’t put anything past her. She’s very focused when she wants to find out something about somebody,” says Jennifer, who “never once” mentioned Bill’s affair to her castmates, let alone her loved ones.

“I put it in the vault and threw away the key. I pretended it never happened. I have never brought it up as a dig. Because when you decide to forgive somebody, you really have to forgive it and never bring it up. Otherwise, your relationship is not going to work.”

Though Jennifer says Bill is “embarrassed” by his past actions and was “uncomfortable” sharing them onscreen, he wants to offer public recompense for the pain he caused his spouse — even a decade later.

According to Jennifer, she and her plastic surgeon hubby are in “a great space” today. Heidi Gutman/Bravo

Today, Jennifer says she and Bill are in “a great space” and have decided to look at their fifth consecutive season of “New Jersey” together as a form of therapy.

“I didn’t want to be the one to bring it up and ever talk about it because that would be at the expense of my children and it wasn’t worth it for me. But since [Margaret] did bring it up and since I do have to talk about it, I’m going to use it as therapy and find it cathartic and therapeutic,” she tells Page Six.

“Signing up for this show, that’s what I agreed to do — to show the good, the bad and the ugly. It’s not easy.”

Jackie Goldschneider talks ‘RHONJ’ husbands’ feelings on Bill Aydin
Julia Fox dances to Kanye West’s new tune at club with pals
We use cookies on our website to give you the most relevant experience by remembering your preferences and repeat visits. By clicking “Accept All”, you consent to the use of ALL the cookies. However, you may visit "Cookie Settings" to provide a controlled consent.
Cookie SettingsAccept All
Manage consent