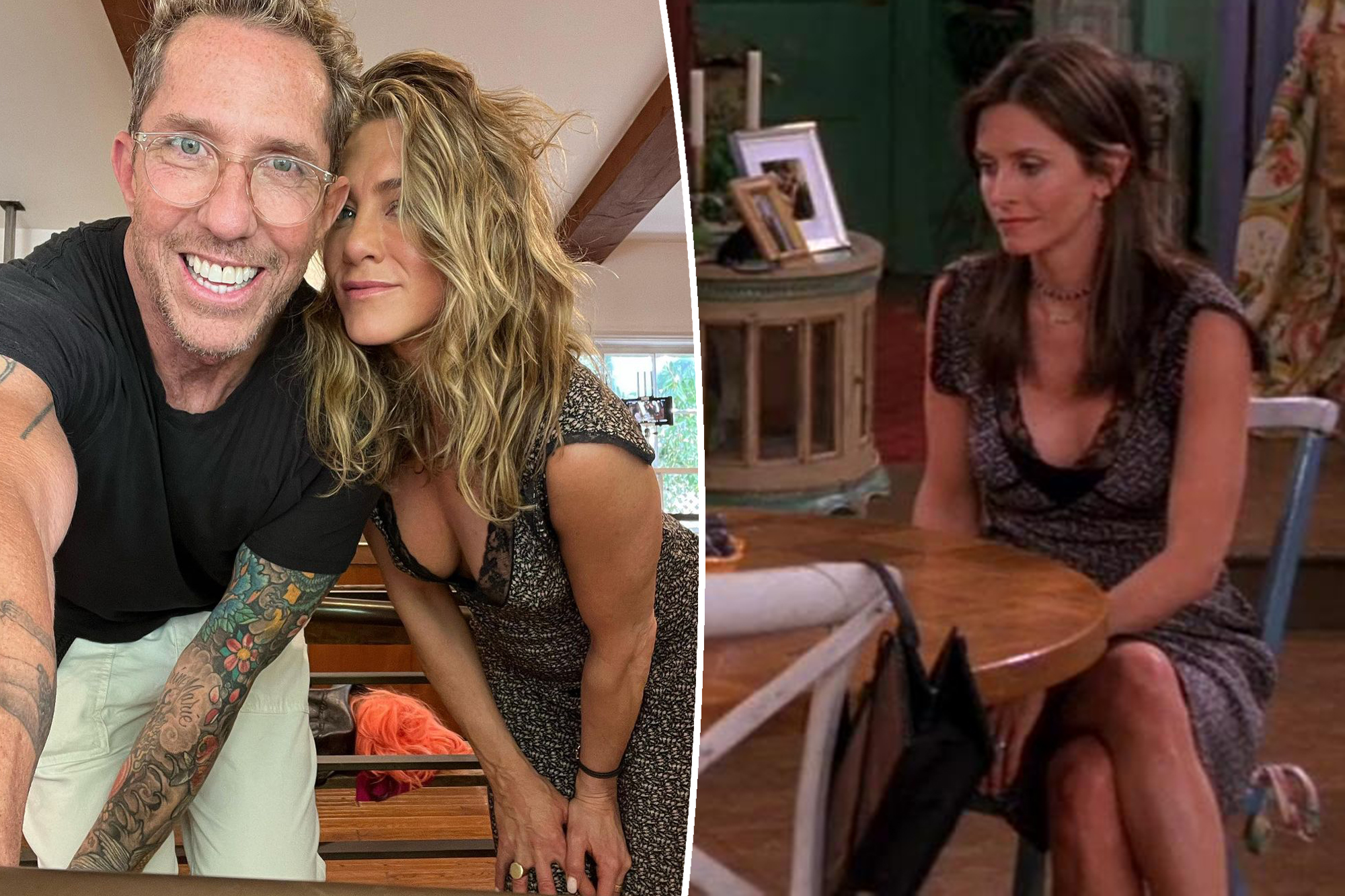 The 53-year-old actress made a cameo on longtime hairstylist Chris McMillan’s Instagram Sunday, clad in the exact printed dress her “Friends” co-star Courteney Cox wore on the show two decades ago.

Posting on her Instagram Stories, Aniston — who played Rachel Green in the iconic series — shared two snaps of Cox, 57, wearing the lace-trimmed look in a Season 8 episode.

“Does the dress look familiar? Still got it!” she wrote, before sharing McMillan’s snap for proof.

“Cuties,” Cox commented on the hair pro’s photo, giving the outfit her stamp of approval.

Aniston previously revealed she plucked the dress from the “Friends” wardrobe department after the show ended in 2004.

Courteney Cox wore the look on a Season 8 episode of “Friends.”NBC

“I went into her line of clothes and I pulled out a dress that Monica wore,” the star told People in 2021. “I still have it and wear [it] to this day and it fits. It’s floral with black lace, tiny little flowers, a V-neck and little ruffle cap sleeves.”

Cox added, “It’s probably gone in and out of style like four times,” to which Aniston replied, “It will always be in style.”

Throughout the years, Cox and Aniston — along with Lisa Kudrow, who played Phoebe Buffay — have remained close pals.

The cast of the iconic show famously got back together in 2021 for “Friends: The Reunion.”

Elizabeth Hurley celebrates 57th birthday in Versace dress
Victoria Beckham starred in a satin slip dress with an open back
We use cookies on our website to give you the most relevant experience by remembering your preferences and repeat visits. By clicking “Accept All”, you consent to the use of ALL the cookies. However, you may visit "Cookie Settings" to provide a controlled consent.
Cookie SettingsAccept All
Manage consent