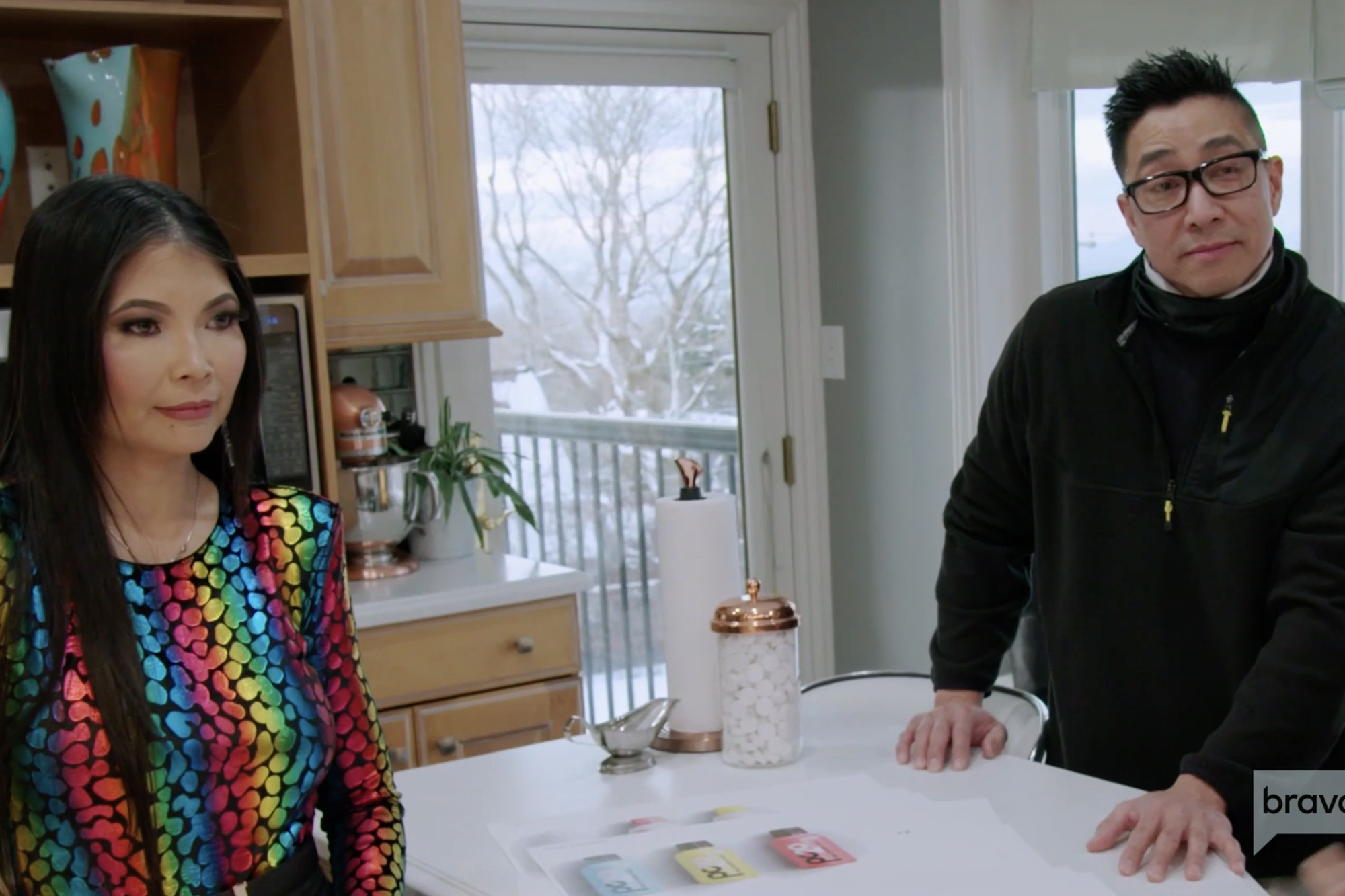 Where was Andy Cohen and his camera?

Though Sunday night’s episode of “The Real Housewives of Salt Lake City” was full of drama, Jennie Nguyen’s admission that she once “broke” husband Duy Tran’s ribs in a non-televised fit of anger certainly stood out.

“I have anger issues,” the Bravo newbie, 44, stated in a confessional. “For a whole year, I went to anger management because I can’t control my temper. One night, I [kept] throwing s–t at my husband and I actually broke his ribs.”

Nguyen — who shares three kids with chiropractor Tran — went on to say that her violent outburst helped her realize she needed to “control [her] anger.”

The revelation came while discussing her fractured friendship with co-star Mary Cosby.

Earlier this season, Nguyen confronted Cosby, 48, for saying she has “nice, slanted eyes” and deemed the comment a “racist” attack on her Vietnamese heritage.

Cosby apologized on Sunday night’s episode for previously saying Nguyen didn’t “matter” to her, but failed to acknowledge her offensive remark.

Repairing their relationship has seemed like an impossible feat, but Nguyen expressed an intent to move forward with Cosby in the latest “RHOSLC” installment.

“The first step in controlling my anger is to forgive and to let go,” she told the camera. “So, for Mary, I am going to do that and make sure that we get along when we are in the same room.”

Several of Jennie’s co-stars — including Whitney Rose, Meredith Marks and Jen Shah — have publicly condemned her internet behavior. Rose, 35, said she was “shocked and saddened” by the posts, which Marks, 50, called “vile.”

Meanwhile, Shah, 48 — whose husband and teenage sons are black — blasted Jennie for her “disingenuous apology” and asserted, “We have some real s—t to talk about.”

Jennie issued an apology via Instagram on Jan. 19, claiming, “I thought I was speaking out against violence.”

She insisted that she has “since learned how offensive and hurtful [her] words were.”

Kandi Burruss Is Proudly Celebrating The Birthday Of Her Cousin
Gabrielle Union Praises Amber Ruffin And Her Show
We use cookies on our website to give you the most relevant experience by remembering your preferences and repeat visits. By clicking “Accept All”, you consent to the use of ALL the cookies. However, you may visit "Cookie Settings" to provide a controlled consent.
Cookie SettingsAccept All
Manage consent