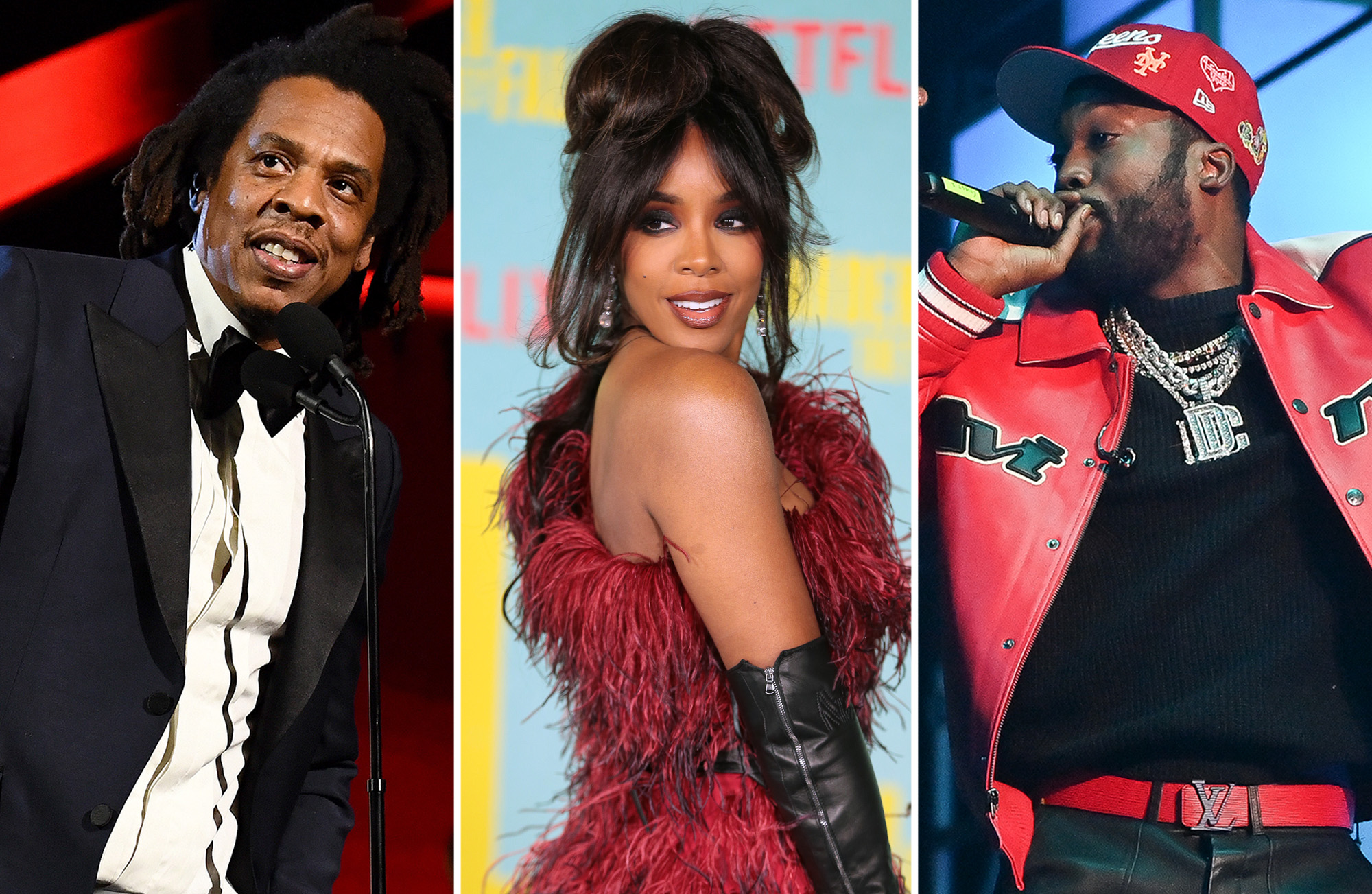 In the history of hip-hop, some rappers have set out to murder the competition with lyrics that have ranged from vicious to downright violent.

But a group of music stars — led by Brooklyn’s own Rock & Roll Hall of Famer Jay-Z — are arguing for a change in New York law so that rap lyrics can no longer be used as evidence in criminal trials.

Meek Mill, Fat Joe, Robin Thicke, Yo Gotti and Destiny’s Child diva Kelly Rowland are among those who have signed a letter making their case for New York state lawmakers to back the proposed change.

The A-list signers say the law would bolster artists’ freedom of expression.

“This is a long time coming,” Alex Spiro — Jay-Z’s lawyer, who drafted the letter — told Rolling Stone. “By changing the law here, you do a lot of good for the cases that it affects, but you also send a message that progress is coming. We expect it will be followed in a lot of places.”

Jay-Z’s lawyer drafted the letter calling for changes in New York law about the use of rap lyrics as criminal evidence.Getty Images for The Rock and Ro

First proposed in November by state Sens. Brad Hoylman and Jamaal Bailey, the Rap Music on Trial legislation passed an initial stage in the Senate earlier this week. It seeks to prevent prosecutors from citing lyrics, except in cases of “clear and convincing proof” that the words are linked to a crime.

“The right to free speech is enshrined in our federal and state constitutions,” Bailey said at the time. “The admission of art as criminal evidence only serves to erode this fundamental right.”

Bailey added that the law would also go a long way in the fight for social justice, since the lyrics are often used against people of color. For instance, rapper Tekashi 6ix9ine was questioned about the lyrics to his track “Gummo” during a 2019 federal trial in which he snitched on his former fellow gang members.

And Tay-K ’s 2017 hit “The Race” was used by prosecutors in his 2019 murder trial, during which both the song and its video were cited before the rapper was found guilty.

“The use of rap and hip-hop lyrics in particular is emblematic of the systemic racism that permeates our criminal justice system,” Bailey said.