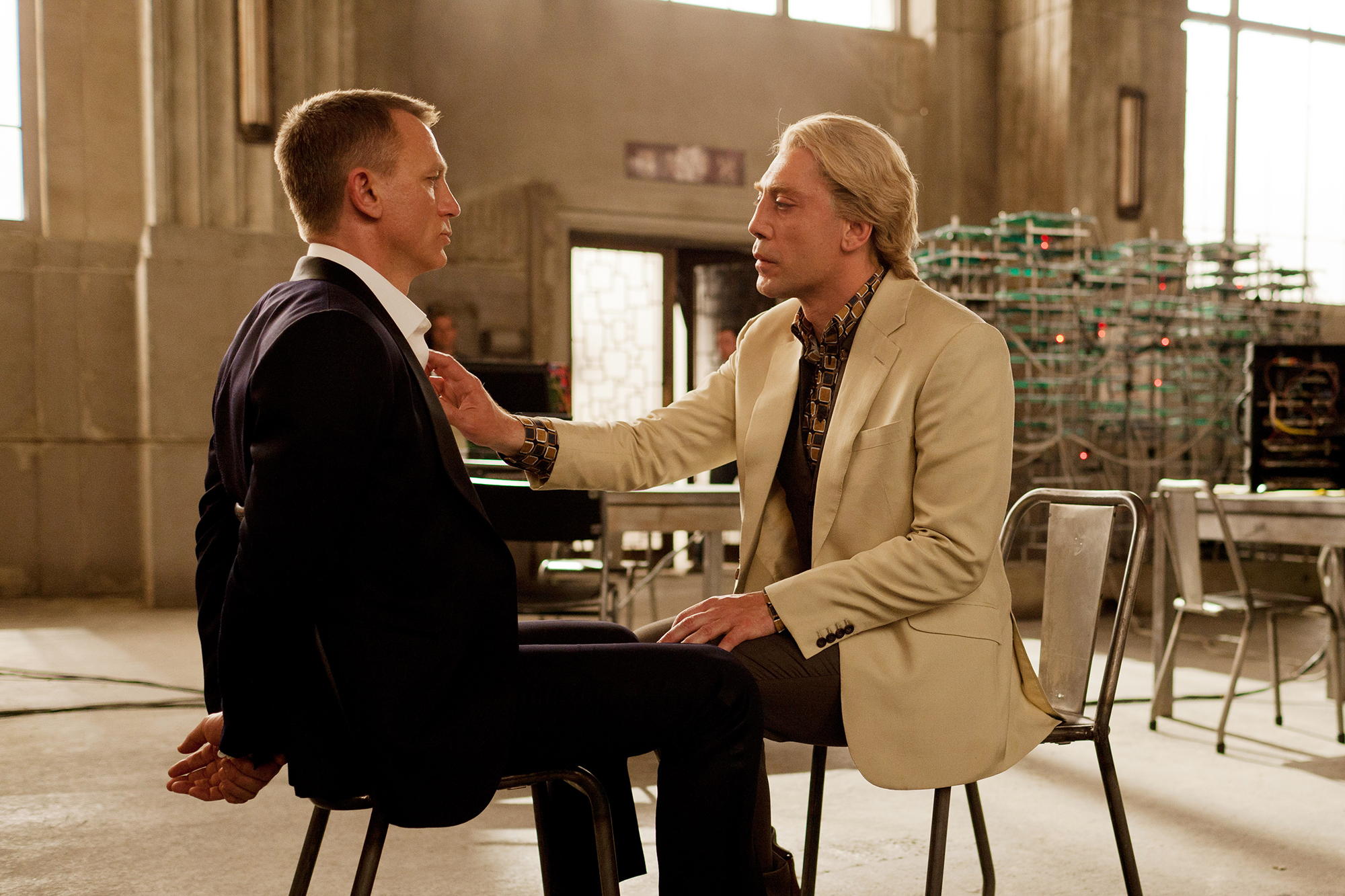 Bardem, 52, revealed that he once “dressed like a Bond girl” to surprise Daniel Craig, his co-star in the 2012 installment of the 007 franchise, “Skyfall.”

Bardem went on to admit that he popped “out of a cake” to surprise his co-star on his birthday, paying ha-ha homage to screen goddesses such as Ursula Andress and Maude Adams’ “Octopussy.”

A video posted on YouTube Monday features the Spanish actor and Craig, 53, discussing their respective roles in “No Time to Die” and “Being the Ricardos” as part of Variety’s annual “Actors on Actors” series in which thespians politely grill each other for their fans’ viewing pleasure.

During the laughter-filled bro chat, Craig dropped a gender-bending bombshell about their time working together: “I remember you were in drag — but I know that’s a whole other story.”

Bardem went on to admit that he popped “out of a cake” to surprise his co-star on his birthday.

“I was supposed to be the Bond girl that night, and oh, my God, I was,” he revealed. “I sang ‘Happy Birthday  to You,’ my best Marilyn Monroe impersonation. When they told me to sing, I was like, ‘Are you sure of that? Are you sure you want me singing?’ And then I try.”

Meanwhile, Bardem is scoring rave reviews — and Golden Globe and SAG nominations — for his turn as Desi Arnaz opposite Nicole Kidman’s Lucille Ball in Aaron Sorkin’s acclaimed biopic of the passionate-but-doomed couple.

Craig also had fans buzzing over his bleeding head during the friendly chit chat: “Let me ask you, my friend, this last question: What happened to you here?”‘ Bardem asked while pointing to a wound on Craig’s noggin.

“Where? Did I bash my head?” Craig asked while feeling around his head, as Page Six previously reported. “Have I just got sandwich on my head? Have I done this whole interview — it’s probably a part of a sandwich!”

The Hollywood heartthrobs — by way of Spain and the UK — then broke into a giggle fit before Craig got up to inspect his leaking forehead with a mirror.

“You know what it was? Christ,” Craig explained. “So, they’ve sent me this wonderful ring flash, which I’ve set up with an iPad in the middle of it. And I went like this like that and it just fell on my head just before we started!

“No wonder I get f–king injured every time I do a movie!”

Priyanka Chopra hinted at baby with Nick Jonas months ago
Adele postponed residency after rant over swimming pool stunt: report
We use cookies on our website to give you the most relevant experience by remembering your preferences and repeat visits. By clicking “Accept All”, you consent to the use of ALL the cookies. However, you may visit "Cookie Settings" to provide a controlled consent.
Cookie SettingsAccept All
Manage consent