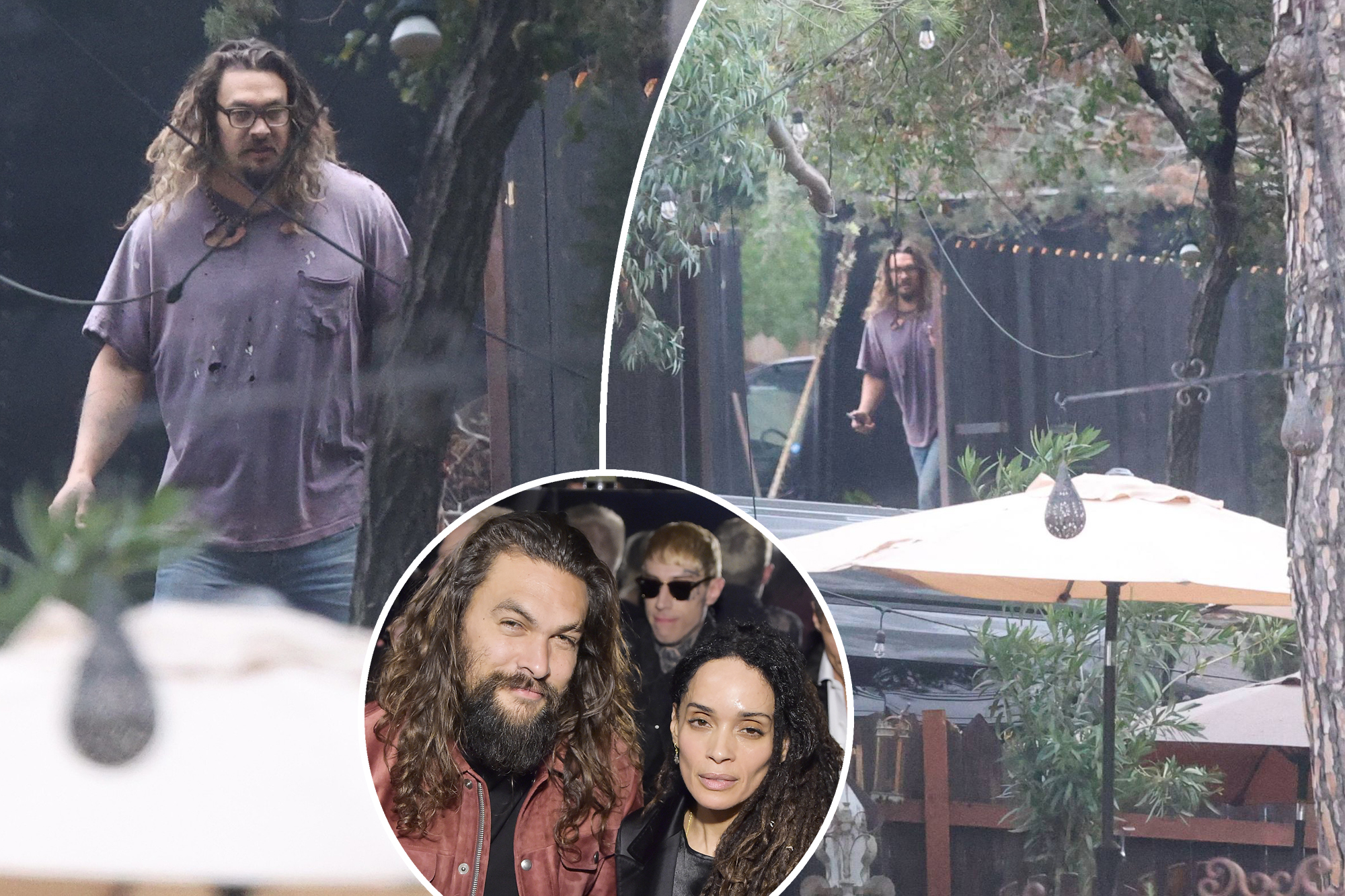 Jason Momoa appears to be living in a pricey RV parked at a friend’s house in Los Angeles after his breakup with Lisa Bonet.

The “Aquaman” actor, 42, was spotted looking quite comfortable around the $750,000 black camper van earlier this week. The RV is situated at his friend’s pad, near the Topanga Hills home where Bonet, 53, and their two kids live.

Momoa appeared to be going in and out of the luxury camper.News Licensing / MEGA

Momoa looked less than red carpet worthy, wearing a purple T-shirt with holes and white paint stains splattered across it. His luscious long mane also looked like it could’ve used a good brushing, but his blue jeans seemed clean and slimming.

The “Game of Thrones” alum was also spotted on a quiet walk around the property with his assistant.

Momoa and his assistant wandered around the grounds.News Licensing / MEGA

While Momoa may have downgraded from his $3.5 million home, his Ford RV isn’t the average camper. The actor had the luxury RV customized by Colorado-based company EarthRoamer.

The star appears to be so dedicated to his second home that he rolled up to the 2018 premiere of “Aquaman” in it.

Momoa and Bonet shocked many fans when they announced their breakup.Xavier Collin/Image Press Agency

“He stays in it quite often and has opted to sleep in there instead of getting a hotel on set so he can be by the beach,” a source told the Sun. “He’s really not a private jet, luxury resort kind of guy.”

Momoa’s recent spotting comes two weeks after he and Bonet announced their split after 16 years together.

“The love between us carries on, evolving in ways it wishes to be known and lived. We free each other to be who we are learning to become,” their joint statement read.

The estranged couple began dating in 2005 and secretly wed in 2017. Their statement emphasized that raising their children, Lola, 14, and Nakoa-Wolf, 13, is still their top priority. Bonet also has daughter Zoë Kravitz, 33, with her ex-husband, Lenny Kravitz.