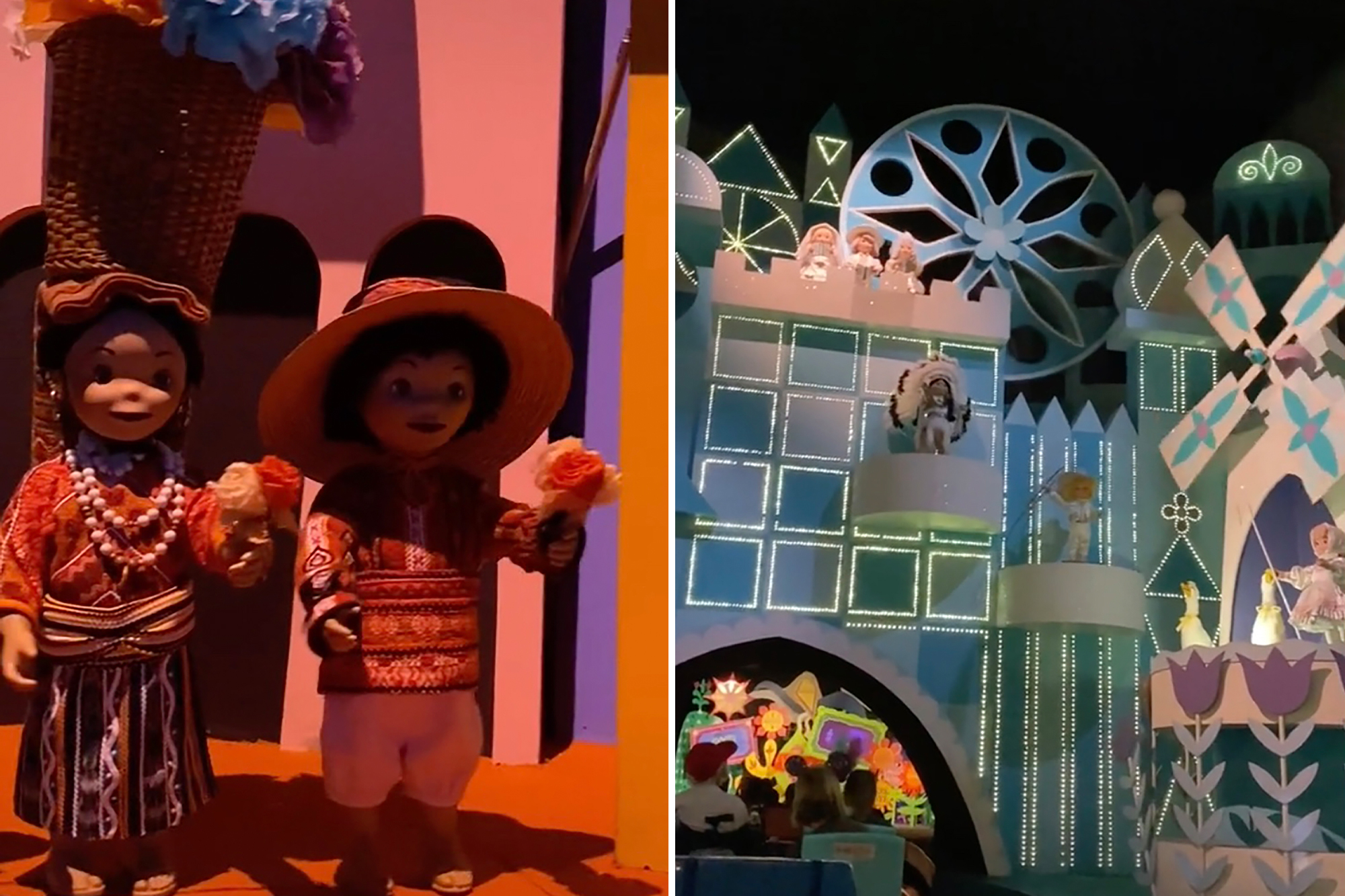 The House of Mouse turns into a House of Horrors.

Disney’s “It’s A Small World” might seem like the ultimate kiddie ride, however, after dark, this family-friendly wonderland at the Orlando, Florida park apparently turns into a spectacle straight out of someone’s night terrors. A House Of Mouse enthusiast detailed the ride’s Tim Burton-esque transformation in a TikTok video with over 3.7 million views.

After dark, Disney’s family-friendly “It’s A Small World” ride apparently turns into a spectacle straight out of someone’s night terrors.

“This is actually so creepy to think about,” read the caption to the macabre clip, which was posted last month by Disney superfan account The Mouselets.

Per the shocking explainer, when Disneyland shutters for the night, “It’s A Small World” turns out the lights and signature song, but not the animatronics. This means that each night after guests leave, the festive figurines continue waving and gyrating quietly throughout the night like a scene out of Goosebumps’ “Night Of The Living Dummies.”

“The dolls are moving 24 hours a day, seven days a week,” explained the poster, who added that the same holds true for the Native American animatronics on the riverbank of the Magic Kingdom’s Liberty Square Riverboat.

TikTok users were more than a little creeped out by the idea of hundreds of dolls silently dancing in the dark.

“Imagine going in there at night with the lights off and just hearing the clacking and whirring of their movements,” said one aghast commenter of the nightmarish scene.

The House of Mouse turns into a House of Horrors.TikTok/
themouselets

One morbid viewer joked, “Each doll is a child that fell out of their boat and was added to the collection.”

One Disney fan claimed to have experienced the freaky phenomenon firsthand, writing: “I got stuck on this 25 years ago for hours during a bad storm, boats stopped, lights off but the dolls kept dancing. it was traumatizing.”

It’s yet unclear why the attraction’s dummies are in perpetual motion, although one commenter speculated that it’s due to the fact that the animatronics are “hydraulic.”

The “It’s A Small World” ride at Disney World in Orlando, Florida.TikTok/
themouselets

“Some have fluid inside pumping the mechanisms,” they surmised. “If they are turned off the fluid can seize up & it won’t work.”

And eternally dancing dummies is apparently not the only spine-tingling thing about the “It’s a Small World” ride. One commenter mentioned that the dolls have to get their hair cut regularly as the ride’s humidity makes the yarn expand.