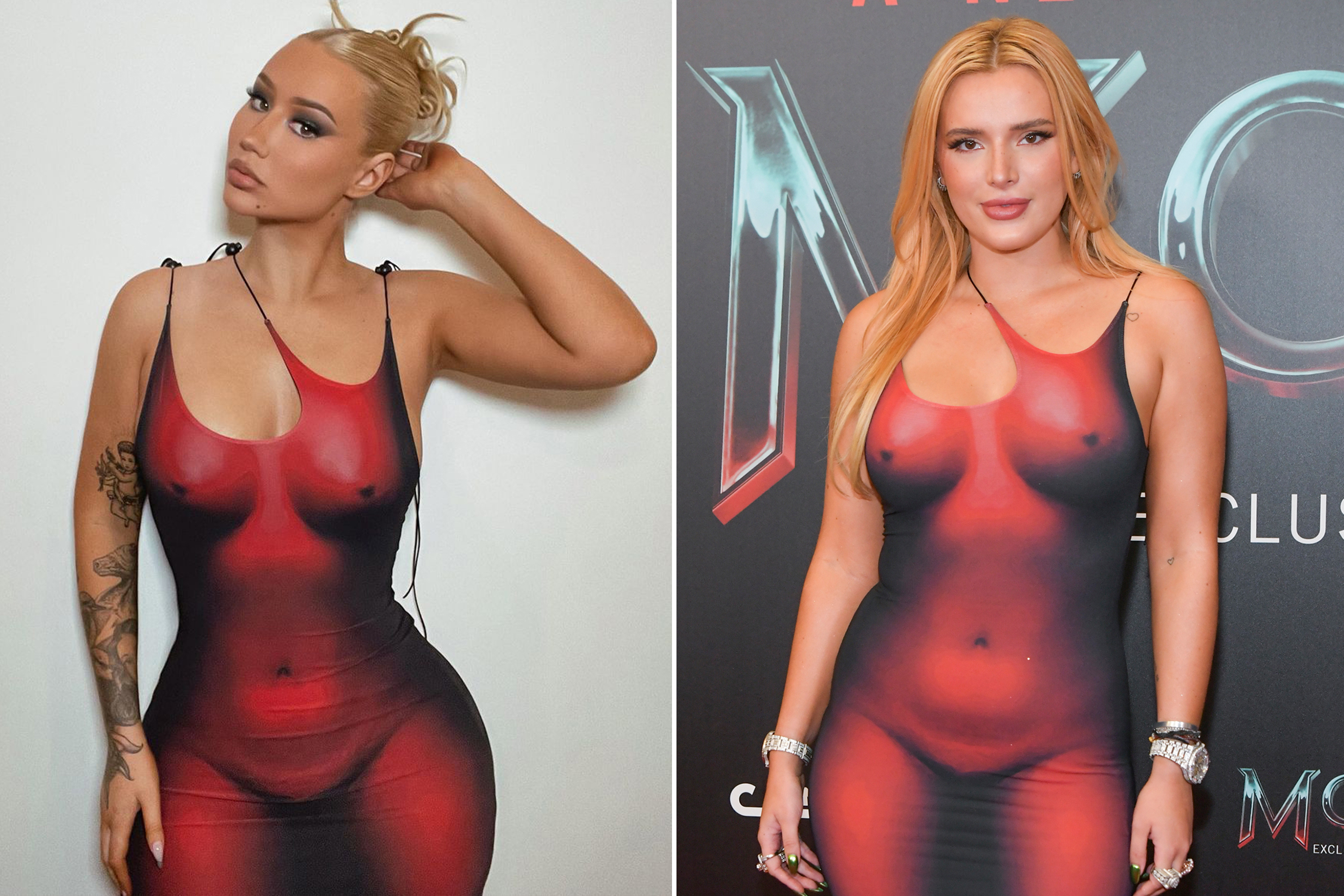 Is that Iggy Azalea in her birthday suit?

Not exactly; to celebrate turning the “big 32,” as the “Fancy” rapper put it on Instagram Tuesday, she poured her famous curves into a familiar-looking optical illusion dress by designer Sergio Castaño Peña.

Previously spotted on Bella Thorne at the LA premiere of “Morbius” in March, the second-skin, red-hot frock is printed with the image of a nude female form, making the wearer appear naked as well.

The Barcelona designer, who described his work as “low rent, high fashun [sic]” in a 2019 Vogue interview, has also dressed Cardi B and Bebe Rexha in his wild wares.

Nearly-nude looks like Peña’s are having a moment; earlier this week, Kylie Jenner “freed the nipple” (and raised eyebrows) in a “naked” bikini ($325) from Lotta Volkova’s collaboration with Jean Paul Gaultier. And on the Billboard Music Awards 2022 red carpet, she stood out in a digitally printed Balmain gown that only appeared to be see-through.

Bella Thorne wore the same look to a “Mobius” screening in March 2022.FilmMagic

Both Bella Hadid and Maisie Williams, meanwhile, have posed in sexy trompe l’oeil styles from Gaultier’s collection with Y/Project, while Miley Cyrus modeled a similar bright blue look by Sinead Gorey while on tour in Colombia.

And Gabrielle Union made an eye-popping style statement ahead of this year’s Met Gala, stepping out in Loewe’s pinup-printed dress, complete with surrealist balloon “breasts.”

Turns out, you can turn heads in a “naked” dress without showing any skin at all.

Kylie Minogue talks blocking Kylie Jenner makeup trademark
Fashion highlights from the Queen’s Platinum Jubilee
We use cookies on our website to give you the most relevant experience by remembering your preferences and repeat visits. By clicking “Accept All”, you consent to the use of ALL the cookies. However, you may visit "Cookie Settings" to provide a controlled consent.
Cookie SettingsAccept All
Manage consent