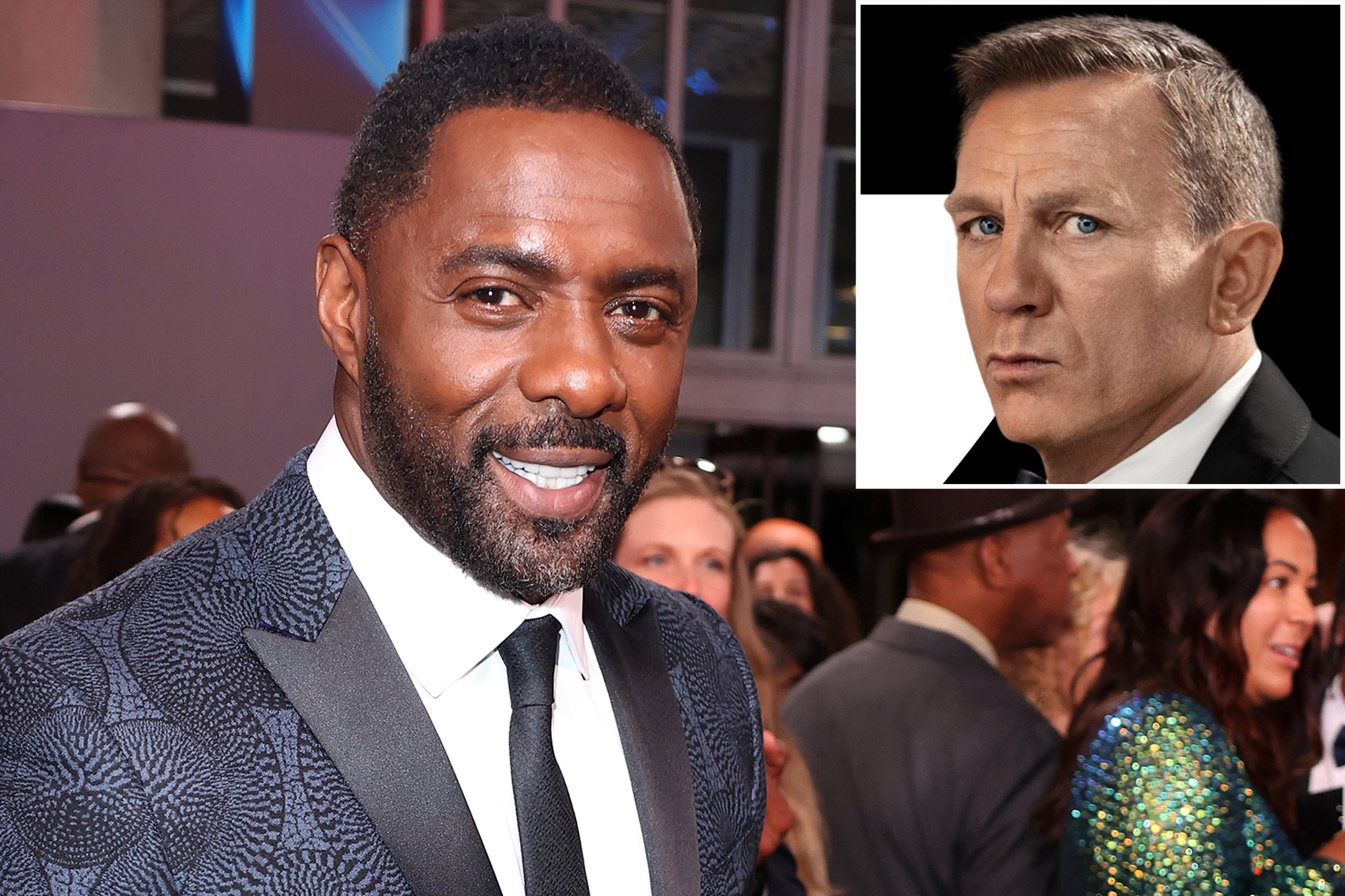 Rumors have been circling for years that the British actor, 49, could possibly be the next James Bond.

And as it turns out, his name has finally been thrown in as “part of the conversation” to take over the role of the infamous spy from Daniel Craig.

“Well, we know Idris — I’m friends with him and he’s a magnificent actor,” Broccoli said.

“You know, it’s been part of the conversation, but it’s always difficult to have the conversation when you have someone in the seat,” she continued. “I think we have decided that until ‘No Time to Die’ has kind of had its run and Daniel has been able to — well, we’ve all been able to — reap the benefits of Daniel’s wonderful tenure, we’re not gonna think about or talk about anybody else, actors to play the role or storylines or anything. We just wanna live in the moment, the present.”

“Well, we know Idris — I’m friends with him and he’s a magnificent actor,” Broccoli said.GC Images

The “Mandela: Long Walk to Freedom” star previously discussed the rumors and expressed his disappointment that some fans didn’t want him to portray the character.

“You just get disheartened when you get people from a generational point of view going, ‘It can’t be.’ And it really turns out to be the color of my skin,” he noted to Vanity Fair in 2019. “And then if I get it and it didn’t work, or it did work, would it be because of the color of my skin? That’s a difficult position to put myself into when I don’t need to.”

The “Thor” actor continued, “James Bond is a hugely coveted, iconic, beloved character that takes audiences on this massive escapism journey. Of course, if someone said to me, ‘Do you want to play James Bond?’ I’d be like, ‘Yeah!’ That’s fascinating to me. But it’s not something I’ve expressed, like, ‘Yeah, I wanna be the black James Bond.’

“Because, by the way, we’re talking about a spy. If you really want to break it down, the more less-obvious it is, the better,” he added.

Daniel Craig as James Bond in 2021’s “No Time to Die.”©MGM/Courtesy Everett Collectio

However, one person wasn’t too keen on Elba’s theoretical casting. In 2015, “007” author Anthony Horowitz told the Daily Mail that he thought Elba was “too street” to play Bond.

“Idris Elba is a terrific actor, but I can think of other black actors who would do it better,” he said at the time. “For me, Idris Elba is a bit too rough to play the part. It’s not a color issue. I think he is probably a bit too ‘street’ for Bond. Is it a question of being suave? Yeah.”

Bari Weiss on Bill Maher sparks uproar
Alex Trebek’s longtime, final LA home lists for $7 million
We use cookies on our website to give you the most relevant experience by remembering your preferences and repeat visits. By clicking “Accept All”, you consent to the use of ALL the cookies. However, you may visit "Cookie Settings" to provide a controlled consent.
Cookie SettingsAccept All
Manage consent