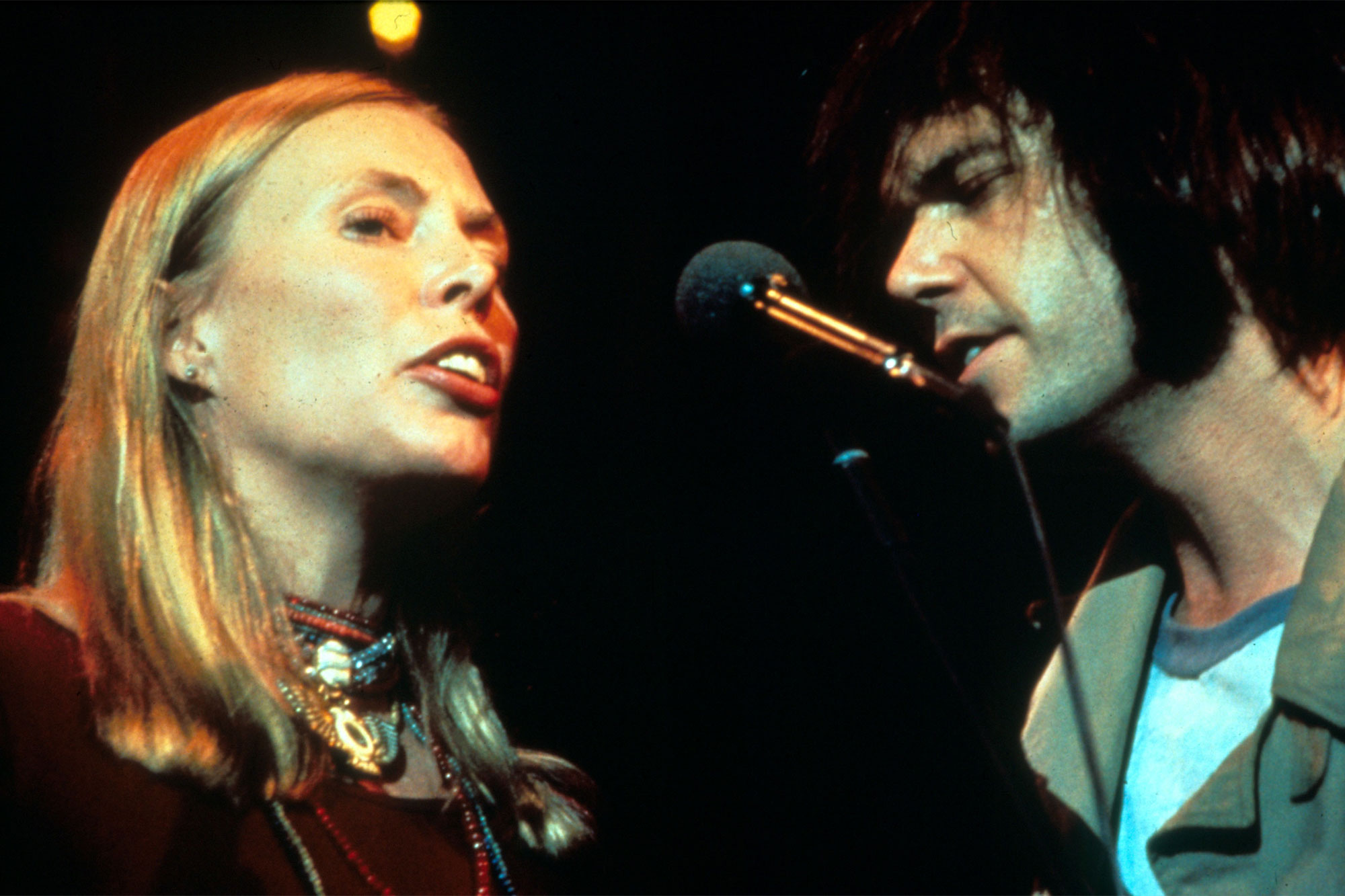 Legendary singer and songwriter Joni Mitchell announced she will follow Neil Young’s lead and pull her music from Spotify over COVID-misinformation concerns.

“I’ve decided to remove all my music from Spotify,” Mitchell, 78, said in a statement posted to her website on Friday. “Irresponsible people are spreading lies that are costing people their lives.”

Mitchell, whose career spans six decades, was awarded the Grammy lifetime achievement award in 2002 and was named a Kennedy Center honoree in 2021.

Her Canadian compatriot, Young, earlier this week gave Spotify an ultimatum in a since-deleted letter on his website that read: “They can have Neil Young or Rogan. Not Both.”

“I want you to let Spotify know immediately TODAY that I want all my music off their platform,” fumed the 76-year-old Grammy-winner in the note.

“I am doing this because Spotify is spreading fake information about vaccines – potentially causing death to those who believe the disinformation being spread by them.”

Spotify reportedly paid more than $100 million to be the exclusive home of Rogan’s show. Young, meanwhile, may lose 60 percent of his streaming income from his defiant stance, he said in a statement on his website.

Young said he “sincerely hopes that other artists can make a move” but that didn’t expect them to. Mitchell appears to be the first to follow suit.

“I stand in solidarity with Neil Young and the global scientific and medical communities on this issue,” she said in her statement.

Young and Mitchell made their departure from the platform weeks after Rogan hosted controversial “anti-vaxxer” epidemiologist, Dr. Robert Malone, who compared the current state of US public health to that of 1920s and 1930s Germany in an episode that has since been deleted from YouTube.

“We want all the world’s music and audio content to be available to Spotify users,” the streaming provider said in a statement.SOPA Images/LightRocket via Gett

“Spotify has a responsibility to mitigate the spread of misinformation on its platform, though the company presently has no misinformation policy,” they wrote.

A Spokesperson for Spotify told The Wall Street Journal in response: “We want all the world’s music and audio content to be available to Spotify users. With that comes great responsibility in balancing both safety for listeners and freedom for creators.”

The company said that it has removed over 20,000 COVID-related podcast episodes.

Apple Music trolled its competitor in response, offering a “We Love Neil” album playlist on its homepage on Friday morning. It also declared itself “the home of Neil Young” in a tweet late Thursday and sent out at least one push notification to users promoting Young’s latest album.

‘When Harry Met Sally’ original ending was sad
This is your ‘Encanto’ character based on your zodiac sign
We use cookies on our website to give you the most relevant experience by remembering your preferences and repeat visits. By clicking “Accept All”, you consent to the use of ALL the cookies. However, you may visit "Cookie Settings" to provide a controlled consent.
Cookie SettingsAccept All
Manage consent