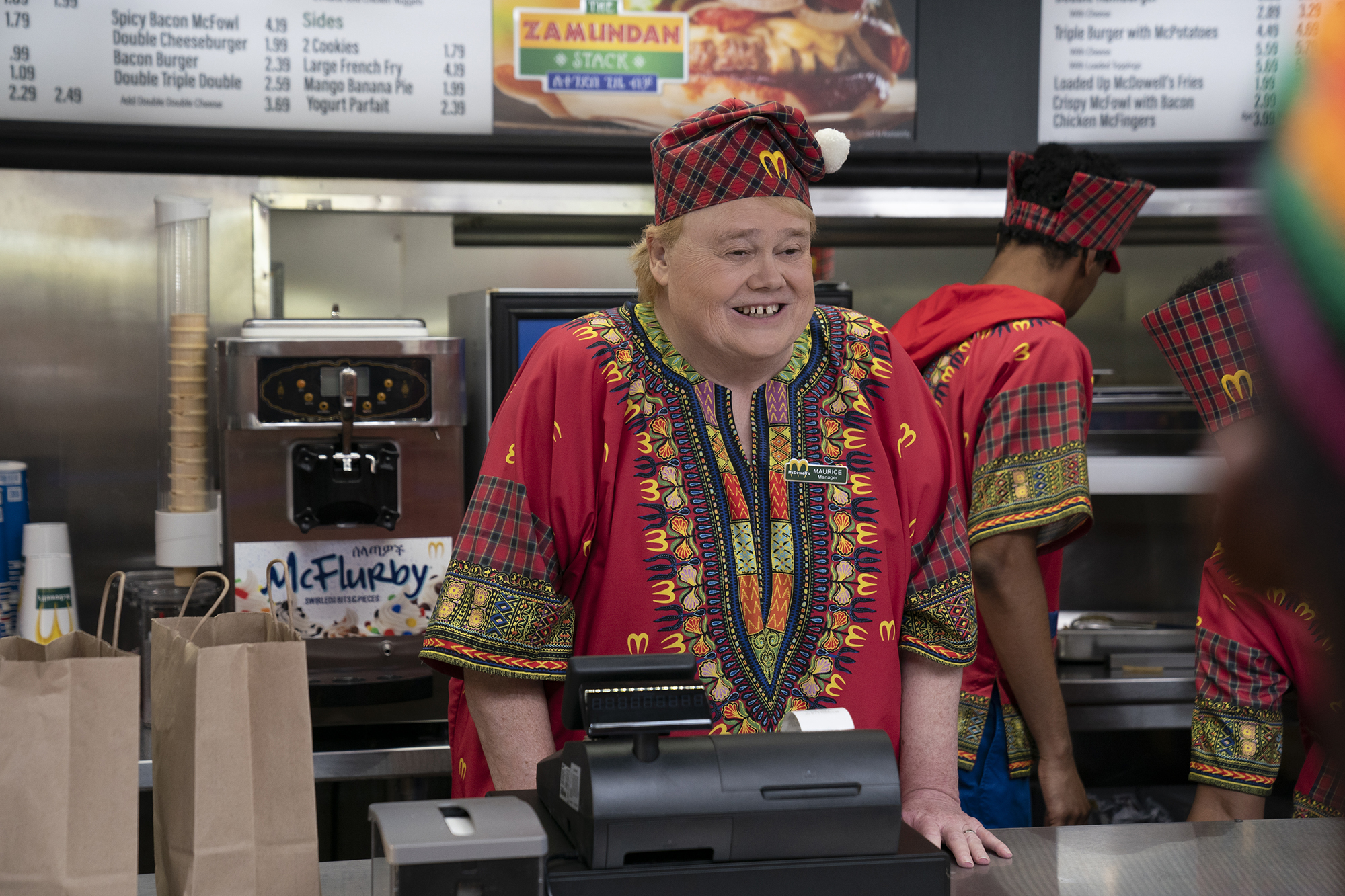 In “Coming to America,” Louie Anderson, who lost his battle with cancer at 68, played Maurice, the aspiring assistant manager of McDowell’s who enthusiastically worked his way up the ladder by learning the finer points of fast food.

“Hey, I started out mopping the floor just like you guys,” Maurice told Prince Akeem and Semmi (played by Eddie Murphy and Arsenio Hall). “But now . . . now I’m washing lettuce. Soon I’ll be on fries; then the grill. In a year or two, I’ll make assistant manager, and that’s when the big bucks start rolling in.”

In reality, Anderson’s life-changing role in the 1988 classic came courtesy of his Midwestern values and a lack of melanin in his skin.

“[The studio was] like, ‘There has to be a white person in the movie.’ I was like, ‘What?’ So who was the funniest white guy around? We knew Louie was cool, so that’s how Louie got in the movie.”

Hall said they were initially given a choice of three Caucasian comedians.

“I had a list. They gave me a list with three white guys. They said, ‘Who would you rather work with?’ I said, ‘Louie.’ ”

But Anderson, who reprised his role in the 2021 sequel, “Coming 2 America,” had distinguished himself to Murphy with an act of kindness.

In a 2017 interview with SiriusXM’s “Sway in the Morning,” the Emmy winner recalled dining at Hollywood hot spot the Ivy in the 1980s and seeing Murphy dining with his entourage. Anderson asked the waiter to put the “Raw” comedian’s tab on his credit card.

“Don’t tell him till after I leave. I’m not doing it to be a big shot. I’m doing it because I’m from the Midwest, and that’s how we would do [it],” the Minnesota native recalled.

“The next day, I got a call from him to thank me, and then his person took over,” said Anderson, who was told, “I’m doing this little movie called ‘Coming to America’ and I’m going to put a part in it for you.”

He said Murphy told him, “Nobody ever bought me anything.”Anderson never had to audition for the role. “I just got that part . . . and that was it. It was the best $650 I ever spent. Isn’t it an amazing, wonderful story?” he said.

In that same interview, Anderson recalled giving Murphy some unsolicited advice as the pair made the rounds on the LA comedy circuit in the 1980s.

“I’d always go, ‘Eddie, you’re too dirty on stage — be clean. You can be funnier being clean, you’ll just do twice the business.’ And he’d just look at me,” added Anderson.

It must have registered on some level. Murphy’s portrayal of the refined Prince Akeem in “Coming to America” was a departure from his raunchy stage act and rougher roles. And the movie became the highest earning film that year for the studio and the second-highest-grossing film at the US box office.

And Anderson embraced his role as the lone white guy on the film and the sequel, telling a CBS affiliate: “I am the token white guy. That’s what Eddie Murphy called me in the first movie. It was great getting back together with everybody, and it was a great experience.”