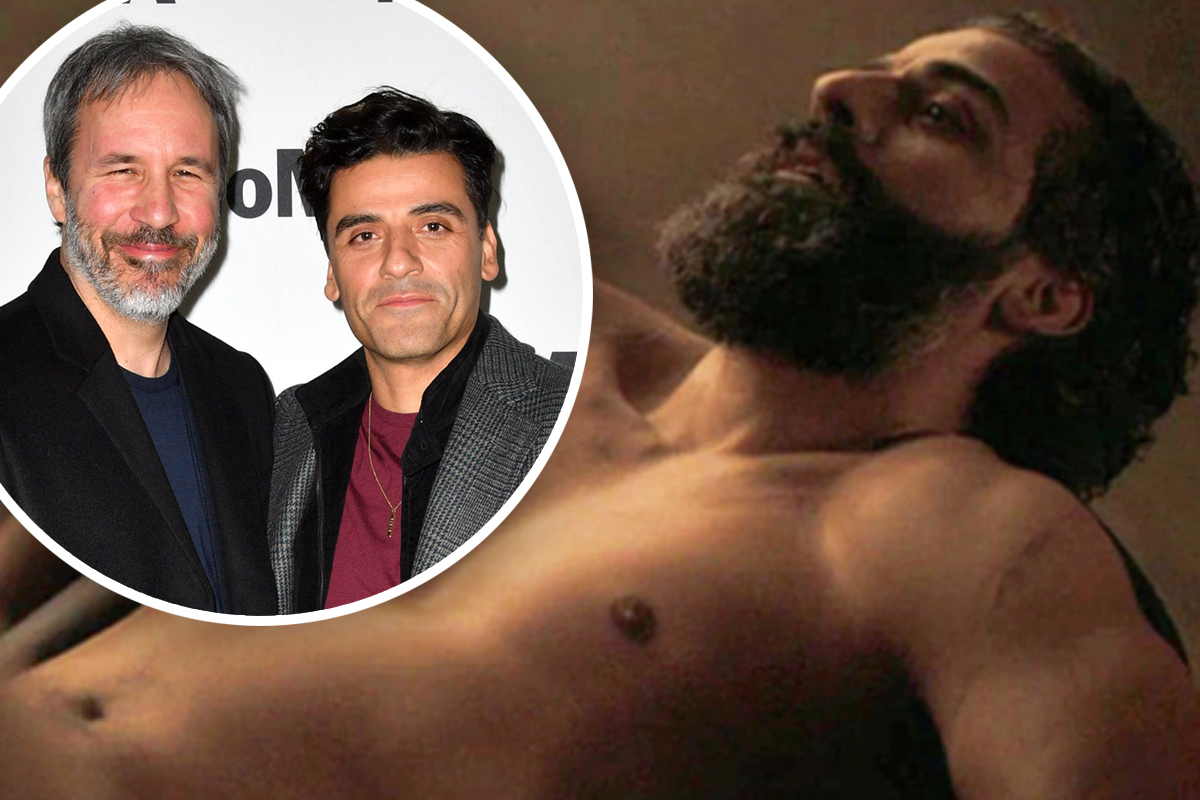 Oscar Isaac has outed himself as a gross gift-giver.

The 42-year-old actor has revealed he gave “Dune” director Denis Villeneuve, 54, a stinky sock that was used to cover his penis while shooting a nude scene in the sci-fi film.

“At one point, when Denis wasn’t looking, I may have left my c–k sock in his pocket,” Isaac recently revealed on Entertainment Weekly’s Awardist podcast. “Just so he had a little bit of me next to him when I left.”

The Hollywood heartthrob further described the sock in the podcast as “a little, musty handkerchief.”

According to Metro, a penis sock is also known as a “genital guard” and “has a drawstring to keep it fixed on the penis.”

It is often “fashioned from flesh-colored underwear or fabric” and is “designed to be as invisible as possible.”

Isaac is pictured in the nude scene, which takes place in the final moments of “Dune.”Warner Bros

Isaac rocked the sock to film the final “Dune” scene, which sees his character, Duke Leto Atreides, captured during an attack on the desert planet Arrakis.

Producers initially asserted that Isaac didn’t need to be naked for the scene, but the apparently exhibitionist actor said he believed a lack of clothing was crucial to the story.

“I was like, ‘No, he should be naked, man.’” Isaac recalled. “It’s like Christ on the cross kind of moment.”

It’s not the first time Isaac has stripped down on-camera.

Last year, the star shed all of his clothes to film a full-frontal moment in his HBO miniseries “Scenes From a Marriage.”

Isaac didn’t wear a penis sock in that sexy scene, exposing his manhood for a split second. The actor began trending on Twitter after the raunchy moment aired.

Last year, Isaac bared all in HBO’s miniseries “Scenes From a Marriage.” He is pictured with co-star Jessica Chastain.Jojo Whilden/HBO

HitPiece accused of selling Britney Spears NFTs without permission
Budweiser Super Bowl 2022 commercial shows Clydesdale comeback
We use cookies on our website to give you the most relevant experience by remembering your preferences and repeat visits. By clicking “Accept All”, you consent to the use of ALL the cookies. However, you may visit "Cookie Settings" to provide a controlled consent.
Cookie SettingsAccept All
Manage consent