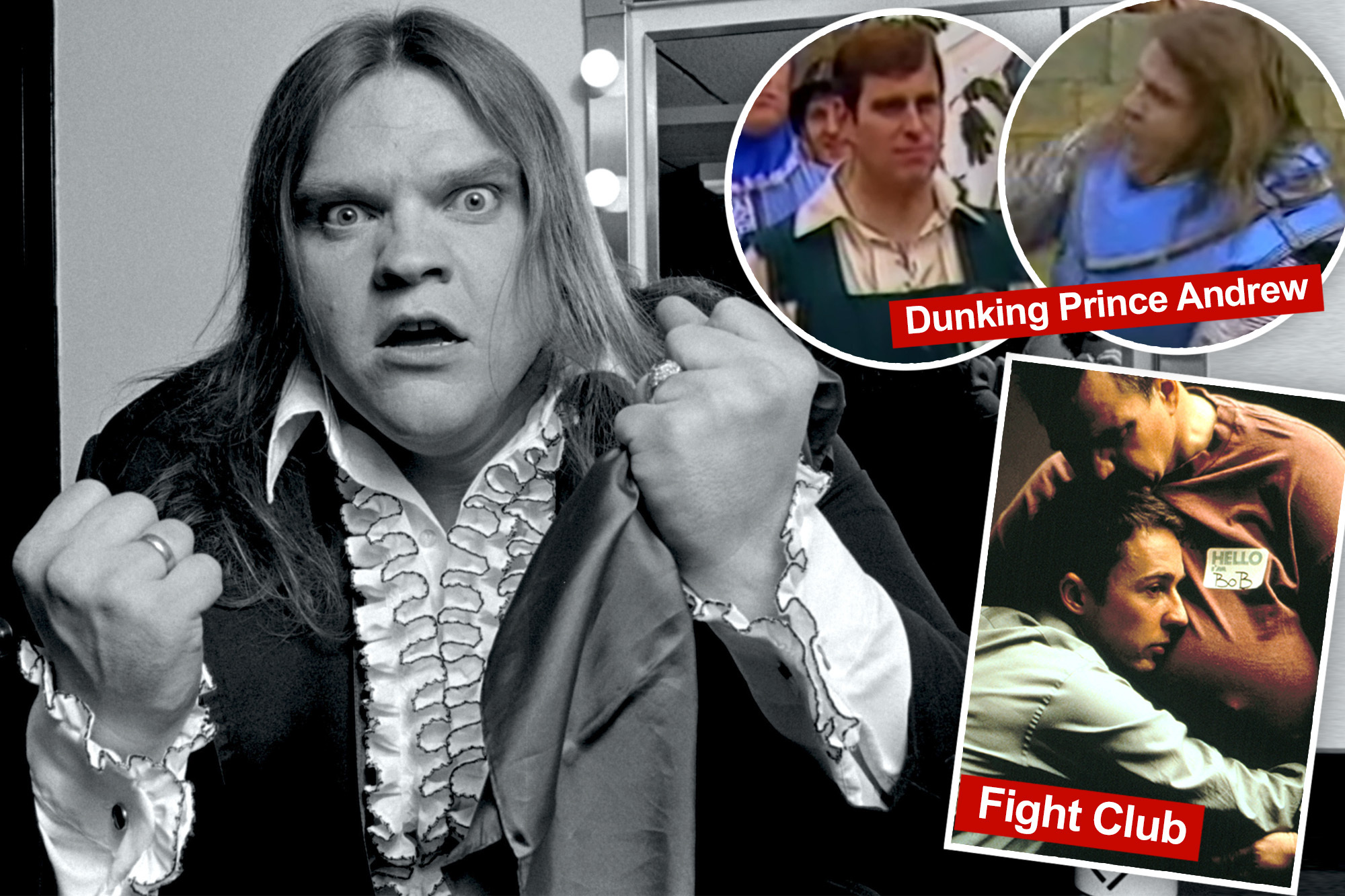 “When I was a kid, everyone called me Meat.”

That’s what the man born Marvin Lee Aday (in 1947 or 1951, depending on who you believe) once told The Post, recalling how his dad christened him with the beefy nickname at just 9 months old.

Overnight Friday, Meat Loaf joined the great rock ‘n’ roll band in the sky — but his wild man legend will live on forever.

The passing of the “Paradise by the Dashboard Lights” icon who proudly professed he would do “Anything for Love” — and sold 80 million records while doing it — was announced overnight on his official Facebook page. He was reportedly 74. His cause of death is unknown, but he was reportedly ill with COVID-19 in his final days.

Sure, the big man from Dallas was a larger-than-life rock ‘n’ roll showman, theater veteran and cult film star — and he admittedly never let the truth get in the way of his badass legend.

“The facts could hurt a good story,” he told The Post upon his first big “comeback” in 1999. “And I’m a believer in the P.T. Barnum philosophy: ‘Don’t care what you say about me, just spell the name right.’”

Here are some of the wildest stories in a life lived like a “Bat Out of Hell.”

Despite being picked on by bullies for being overweight, Meat Loaf also racked up his first pre-rock star ménage à trois at the tender age of age 11.

Diabolical family man Charles Manson rubbed elbows with plenty of stars during his blood-soaked time in Hollywood — and even got a lift with a clueless Meat Loaf.

As Meat recalled in his 1999 memoir, “To Hell and Back,” Manson needed a lift from Sunset Boulevard to the house of Dennis Wilson of the Beach Boys.

Turned out, “there was no Beach Boy there, although it actually was Dennis Wilson’s house,” Meat wrote, adding that a bummed Manson then informed him the world would soon end and that he could predict the singer’s fortune (which presumably involved him going down with the Earth’s demise).

Meat said he promptly forgot about the incident — until Manson’s demon-eyed face popped up on the TV screen when his evil crimes came to light.

Meat Loaf took part in the 1987 “It’s a Royal Knockout,” a UK charity tournament featuring celebrities and members of the royal family dressed as damsels, squires and minstrels at an amusement park, the Sun reported.

The televised event raised millions for charity — and snagged more than 18 million viewers’ eyeballs — but the queen was reportedly furious that it made her family look like a laughingstock.

Meat Loaf reveled in telling a tale of riling her up by putting his hands on Prince Andrew. When Andrew “allegedly” tried to shove Meat into a moat, the singer grabbed him instead.

“You can’t touch me. I’m royal,” the prince supposedly said, to which Meat replied, “Well you try to push me in the moat, Jack, I don’t give a s–t who you are, you’re going in the moat.”

He “hates” me, Meat bragged.

In a 2003 interview with the Guardian, Meat also served another tall tale about the then-still-married Duchess of York Sarah Ferguson: “Fergie wasn’t exactly flirting with me, but she was paying attention to me.”

Meat Loaf in action on “It’s a Royal Knockout.”BBC

He was a ‘groupie’ ghost whisperer

“I’ve seen them — I’ve been around them,” Meat Loaf revealed in a 2012 Shortlist interview. “Some are just energy left behind, and some are intelligent. I chased one across the room once.”

He went on to claim one of his first encounters with the undead was of the groupie kind.

“When we were making ‘Bat Out of Hell’ I saw a blonde girl in a white dress,” he said. “I went downstairs and told the guys, ‘There’s a groupie up on the balcony.’”

However, by the time the crew got there, the “groupie” had vanished into thin air — but his belief in ghosts was rock solidified. The resulting music video for the song — which has nearly 30 million views on YouTube — is suitably otherworldly.

He stood up Cindy Adams

In 2019, Meat dared to stand up the grande dame of gossip: The Post’s own Cindy Adams.

But she forgave him.

“I’ve muttered and sputtered because he flew from home in Nashville, Tenn., to see his recent off-Broadway musical ‘Bat Out of Hell’ and stood me up three times,” Adams wrote in her column at the time. “I now know why he stood me up. Standing up plus his mobility has been compromised.”

Turns out Adams has something of a soft spot for survivors: He had suffered two serious falls by the time he finally showed up for lunch with the legendary columnist. “His walking was slow. A cane plus an associate along to help,” Adams recalled.

Meat told her: “I fell off the stage in Dallas — the theater was in the Hyatt — and hurt my collarbone. Wrapped like a mummy, an ambulance took me to the hospital. I lost 70 pounds. I lived on Starbucks and cream cheese. For 12 days, the pain so bad they gave me drugs — but not the kind I once took before.”

Meanwhile, a second fall followed, resulting in a cracked rib, concussion and lawsuits.

“I’ve turned down six tours,” he told Adams at the time. “It’s been a year and a half of misery. My last operation took seven hours. Listen, I’ve lived it all. I and my band on a double-decker bus, and playing live in the rain. Done it all.”

Meat Loaf backstage at the Manchester in Apollo, England in 1981.Sony Music Archive via Getty Ima

He beefed with ‘brainwashed’ Greta Thunberg

It’s not about Meatloaf.It’s not about me.It’s not about what some people call me.It’s not about left or right.It’s all about scientific facts.And that we’re not aware of the situation.Unless we start to focus everything on this, our targets will soon be out of reach. https://t.co/UwyoSnLiK2— Greta Thunberg (@GretaThunberg) January 6, 2020

The legendary rocker also appeared in more than 65 movies, racking up iconic roles in the 1975 midnight movie classic “The Rocky Horror Picture Show” to 1991’s “Wayne’s World” and 1997’s “Spice World” opposite the Spice Girls.

But before all of his top 40 rock fame and cult movie stardom, he tread the boards of New York City’s esteemed Public Theater for stage impresario Joe Papp way back in 1973.

Even then, he was making bold choices — and creating the stuff of legends.

“When I was doing theater for the Public, I said to Joe Papp, ‘Maybe we shouldn’t use Meat Loaf in the program,’ ” the entertainer told The Post. “It was the first Shakespeare I ever did. Papp looked at me and said, ‘Well, do you think if Bill was alive today he wouldn’t use your name?’

“Since he called Shakespeare Bill, I figured Meat Loaf was OK.”