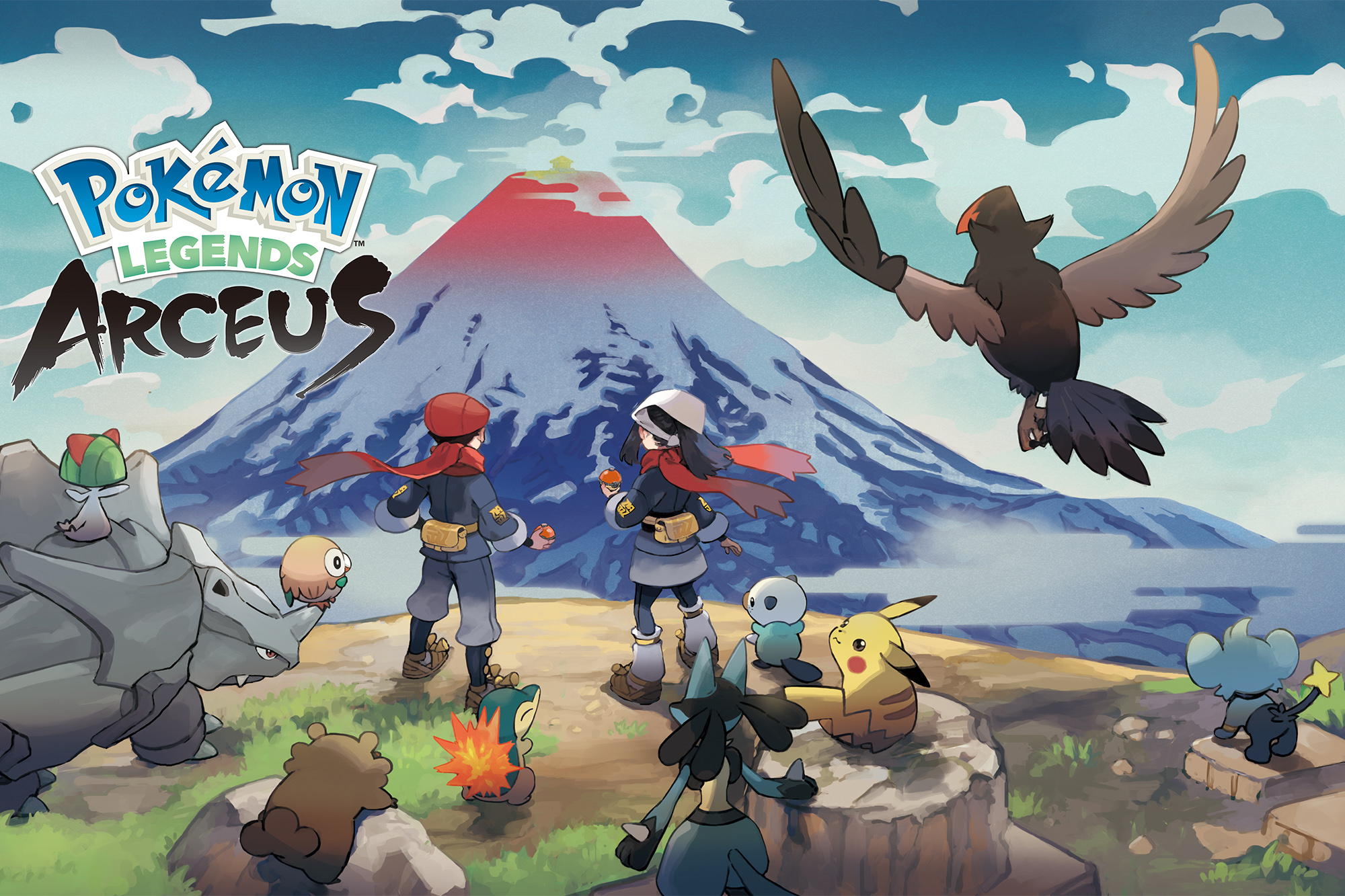 Geeks of the Earth! The time has come when one of the most monumental video games to ever be created is about to arrive on Friday, Jan. 28 — Pokémon Legends: Arceus.

As the highest-grossing media franchise in the world — taking in more than $100 billion since 1996 — the series owned by Nintendo and Game Freak is set to begin a whole new era with the release of its newest video game.

With a media franchise that spans games, television, films, anime, books, manga comics, music, merchandise and more, the global phenomenon is ready to soar ever higher. Whether you’re a fan of characters like Ash Ketchum and Pikachu, or any of the recent games like Brilliant Diamond or Shining Pearl — and enjoyed playing through Kanto, Johto, Hoenn, Sinnoh, Unova, Kalos, Alola or Galar – a lot lies ahead!

Luke James — one of the rising voices in geekdom in America and a Pokémon veteran — spoke exclusively with me and The Post to help create the definitive list of Pokémon that aligns with astrology and the zodiac. (Follow Luke James for everything that’s hot.)

What are Pokémon? How did you choose one out of hundreds to define each zodiac sign?

“Pokémon is a cultural phenomenon. I’ve been a loyal fan to the franchise since I was very young,” said James. “I’ve found that the series is not only entertaining, but it helps people to find their own unique individuality by experimenting with different teams and carving out their own adventure. Pokémon is a profound experiment in teaching people how to make choices and be strategic to triumph in the end. Whether you’re looking to complete the full Pokédex or just win a championship, it encourages people to connect. Pokémon creates friendship and community — and that’s why I’m so excited to see what they do next in Arceus.

“When picking Pokémon for each zodiac sign, I analyzed type, elements, and personality traits. I feel confident in the final list we’ve put together. I’d love to hear feedback from people, too.”

Now dive into the world of astrology and Pokémon!

Fiercely loyal, strong and protective, Arcanine is beloved by fans worldwide. With a magnificent mane and the speed of the wind, this animal is tremendously mighty. It’s intensity reflects the fiery passion of an Aries.

Tyranitar aligns with Taurus.Courtesy of Pokemon

Known as the Armor Pokémon, Tyranitar is built with nearly insurmountable strength and courage. It can withstand nearly everything it faces with unwavering tenacity. This glorious creature embodies the pure and mighty heart, mind and body of a Taurus.

Morpeko dances to the same tune as a Gemini.Courtesy of Pokemon

Feisty and surprisingly ferocious, Morpeko can switch at a moment’s notice between its two forms. Unafraid to charge into any battle – with a coy smile or a thunderous hunger – this Pokémon harnesses the dual nature of a Gemini.

Cloyster is the perfect Cancer mascot.Courtesy of Pokemon

Protected by a nearly impenetrable shell, Cloyster can face any opponent with confidence and grace. It’s glorious water and ice moves are furiously cannoned from it’s inner body as soon as it opens up to the world. Cloyster’s might and sensitivity reflect a Cancer.

Elegant, opulent and stunningly beautiful, Pheromosa is unforgettable. Rare and peaceful, it will bring tremendously devastating attacks down upon anything or anyone if it is not respected. With a poise and confidence that is otherworldly, Pheromosa aligns deeply with the spirit of a Leo.

Gardevoir is the symbol for Virgo.Courtesy of Pokemon

Majestic, yet unafraid, to stand up for the people it loves, Gardevoir becomes stronger the more that it cares for someone. Its ability to enchant others with both its mind and beauty makes this creature a trusted ally, as well as a formidable foe. Virgos mirror Gardevoir deeply.

A true lover of peace and tranquility, Milotic’s soothing aura can calm even the most furious of energies. Ready to dive in front of an oncoming attack in order to bring serenity to the opponent’s heart, it will go to great lengths to bring protection, healing and love into the world. This power also emulates from a Libra.

Zoroark has the allure of a Scorpio.Courtesy of Pokemon

A master of illusion and mystery, Zoroark is cunning and strategic. With an enigmatic power to create mirages and terrifying psychic visions for anyone who gets too close, this creature is one never to mess with. However, when it loves someone, it will bring all of its strength to defend them. This intensity aligns with a Scorpio.

Salamence cannot be caged — just like a Sagittarius.Courtesy of Pokemon

With incredible wingspan and the gusto to fly faster than anyone else, Salamence is a vision to behold. Refusing to be limited by anyone or anything – including gravity – this great dragon can go anywhere that it dreams. This rebellious and spontaneous energy mirrors a Sagittarius.

Lucario has the spirit of a Capricorn.Courtesy of Pokemon

Calculating, wise and observant, Lucario can anticipate the thoughts and movements of others. By paying attention to the details, going for the long game, and knowing when to strike, it has the perfect amount of speed and strength. Capricorns, too, possess these qualities.

Metagross links with Aquarius.Courtesy of Pokemon

Possessing four brains, Metagross can process information faster than a supercomputer. Their lightning-fast intellect, perception and speed make them a devastatingly dangerous predator when hunting. Aquarians, too, are able to assess their path and plan deeply into the future.

Togepi is the embodiment of a Pisces.Courtesy of Pokemon

Known for its luck and radiant joy, Togepi is a blessing to the world around it. It envelops everyone around it in a soothing and sweet energy. It helps people to express their most sensitive and kind hearts. Pisces, too, emanates this magical energy which is why they perfectly mirror Togepi.

Special thanks to Luke James for collaborating with me on this article! As a geek myself, it’s a dream come true to discuss such an important piece of my childhood.

Luke James is an artist and cosplayer with a special soft spot for everything MCU. He’s all about everything in geekdom, especially Avatar and Pokémon. In his spare time, he’s either in the gym hitting the weights or learning chaos magic in practice to become the next Scarlet Witch. Professionally, he protects the public by being a real-life superhero as a firefighter.

Kyle Thomas is a globally recognized pop culture astrologer who has been featured in Cosmopolitan Magazine, ABC Television, Hulu, Bustle, Elite Daily, House Beautiful, Marie Claire, YahooNews, MSN and more. He is known for his cosmic guidance for celebrities, business executives and prominent influencers. His work harnesses the power of the stars in regards to entertainment lifestyle and trends affecting people worldwide. For more information, visit KyleThomasAstrology.com.