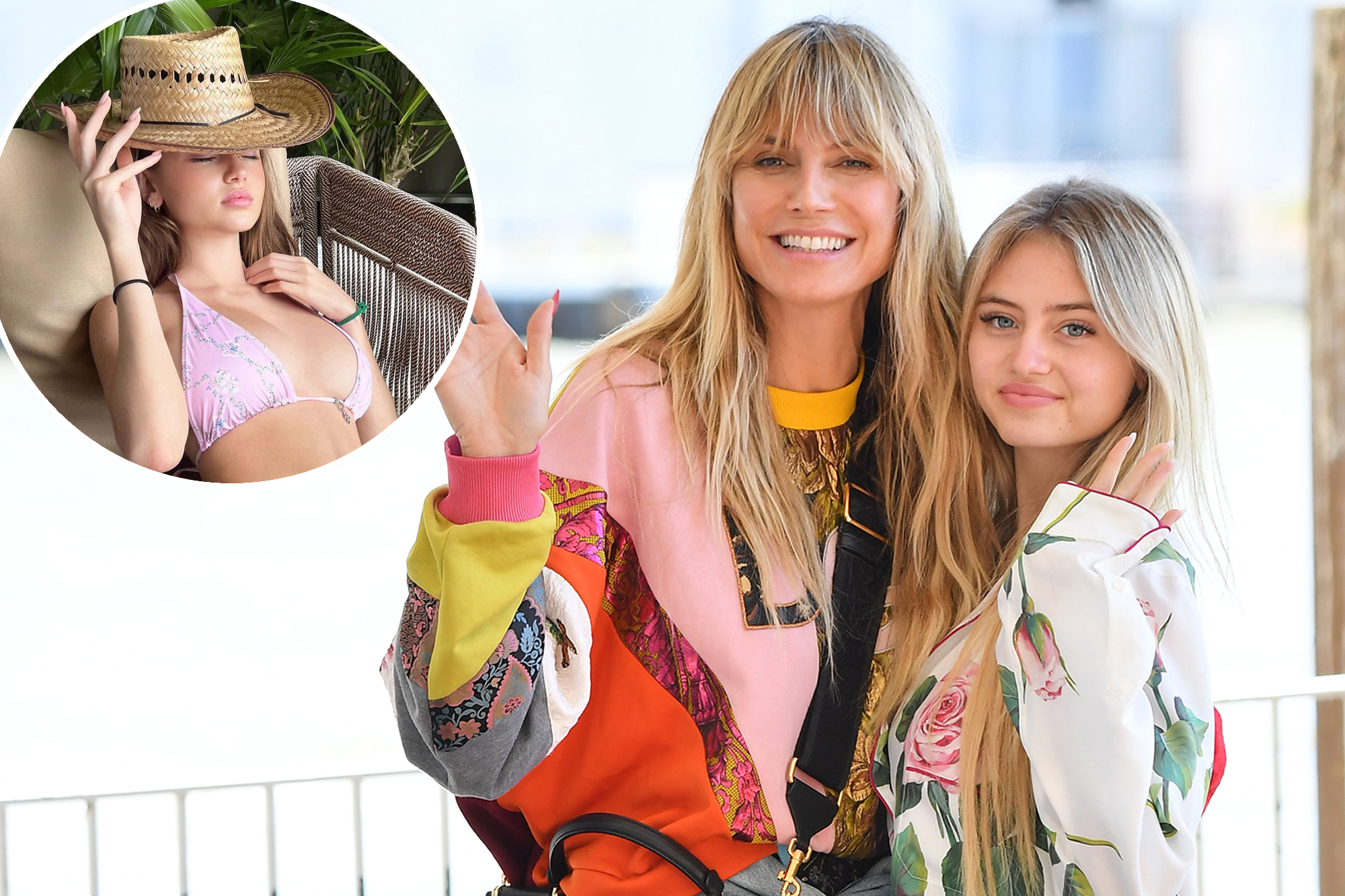 Leni Klum is her mom’s mini-me.

She also shielded her eyes with a straw sun hat while lounging outside, captioning her post with a sleeping emoji.

Considering Frankies is famous for collaborating with stars like Gigi Hadid, Sofia Richie and Naomi Osaka, it’s likely only a matter of time before Leni teams up with the label, too.

The teen is following in her famous mom’s footsteps by pursuing a modeling career of her own, having covered Vogue Germany, Glamour Germany and Harper’s Bazaar Germany over the past year and a half — occasionally alongside Heidi.

After opening Berlin Fashion Week in early 2021, she also scored a spot in Dolce & Gabbana’s Alta Moda show that August.

“I honestly wasn’t that nervous,” Leni told Elle of the latter experience. “I sort of just winged it.”

Leni’s the spitting image of her famous mom.leniklum/Instagram

Leni — who joined Heidi on the red carpet at the “Jurassic World: Dominion” premiere earlier this month — counts Italian businessman Flavio Briatore as her biological father, but she was raised by her stepdad, Seal.

The mother-daughter duo wave to photographers in Venice, Italy, in August 2021.GC Images

Kate Middleton wears earrings by black-owned brand on Windrush Day
Queen Elizabeth debuts new haircut after Platinum Jubilee
We use cookies on our website to give you the most relevant experience by remembering your preferences and repeat visits. By clicking “Accept All”, you consent to the use of ALL the cookies. However, you may visit "Cookie Settings" to provide a controlled consent.
Cookie SettingsAccept All
Manage consent