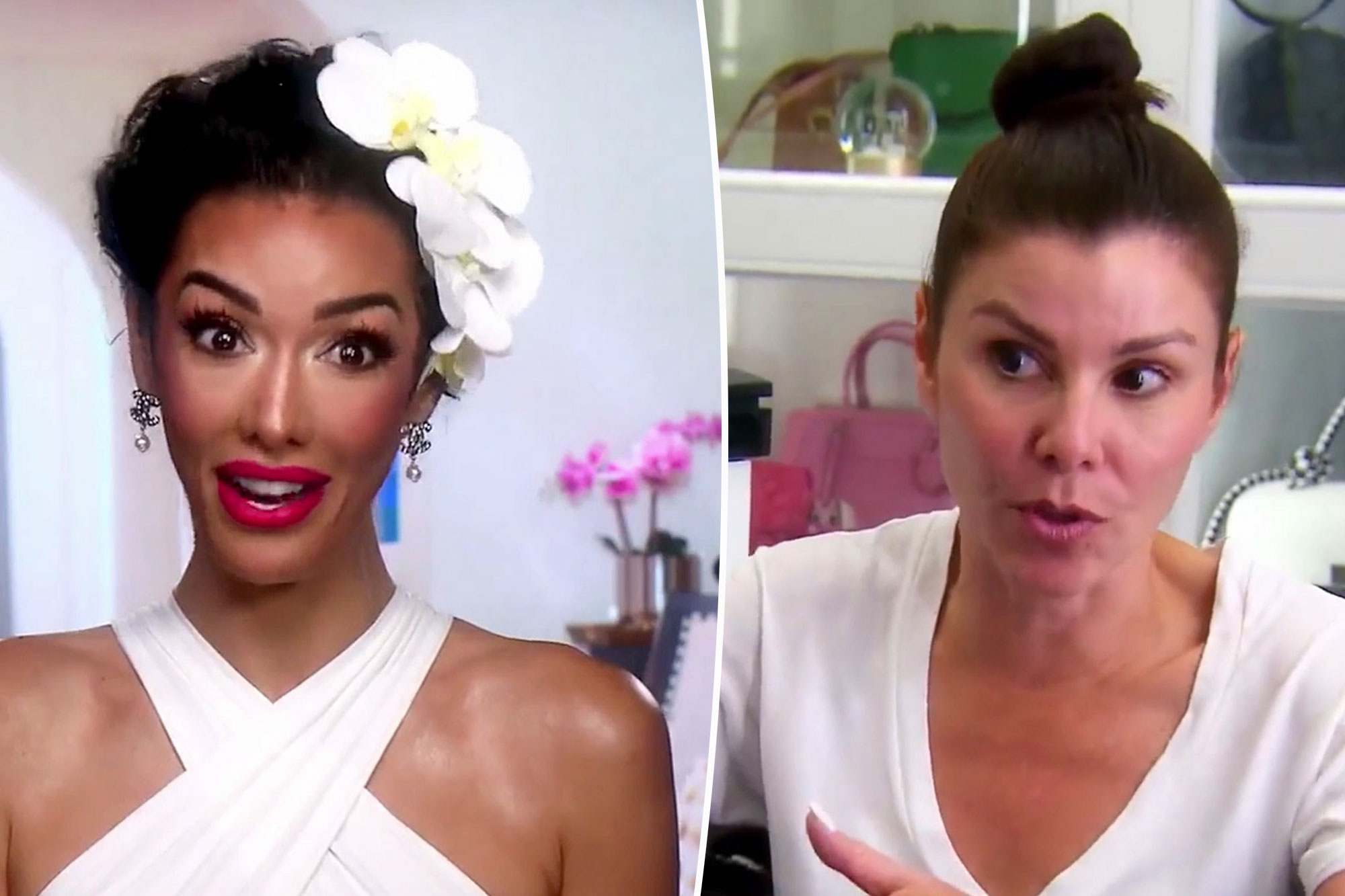 Dubrow, 53, shared her thoughts on the matter during a conversation with Gina Kirschenheiter.

“We came home and Max opened her presents and Noella kind of gave her kind of a questionable gift,” said Dubrow, who had thrown a party to celebrate the release of “I’ll Give It to You Straightish,” Max’s book highlighting her experience as a bisexual teen.

“[It was] a Pride-themed card game, which is very nice,” Dubrow continued, acknowledging that Max and Bergerner are both bisexual. “And that’s great, [but] Max is 17.”

Dubrow then read some of the cards off to Kirschenheiter, 37, which supposedly contained so many expletives that the majority of her words were bleeped out.

“They bleeped out a little more than was necessary. Maybe we could just bleep out less. How about that?” the former soap actress said, before reading off X-rated lines from the pack of cards that Bergener, 36, gave Max.

“‘Whatever straight people do for fun,’ ‘licking that p—y right,’ getting your ass ate,’ ‘having your titties sucked while sucking on titties,’” she read aloud.

“Those are just some of them but I mean, isn’t that enough?”

Dubrow said on “RHOC” that Bergener’s gesture was “not appropriate.” Courtesy of Bravo

Heather went on to say that Max opened her gifts in front of friends from school, making the incident all the more awkward.

“Could you imagine them going home to their parents and saying what happened at the Dubrows’ house?” she asked.

Though she admitted that kids are “more mature” these days, it doesn’t change her opinion that such a gift should never have made its way into the hands of a minor.

“It’s just something that an adult can’t give a child,” she asserted. “You just can’t give that to a child.”

Heather then teased that there is no end in sight to her onscreen feud with Bergener.

“First you lie about me, now you’re s–t-talking me behind my back and now you give my kid this inappropriate gift. I’m good with this,” she said on the podcast. “I wasn’t self-righteous, like, ‘How dare she?’ I was like, ‘That wasn’t cool. Who does that?’”